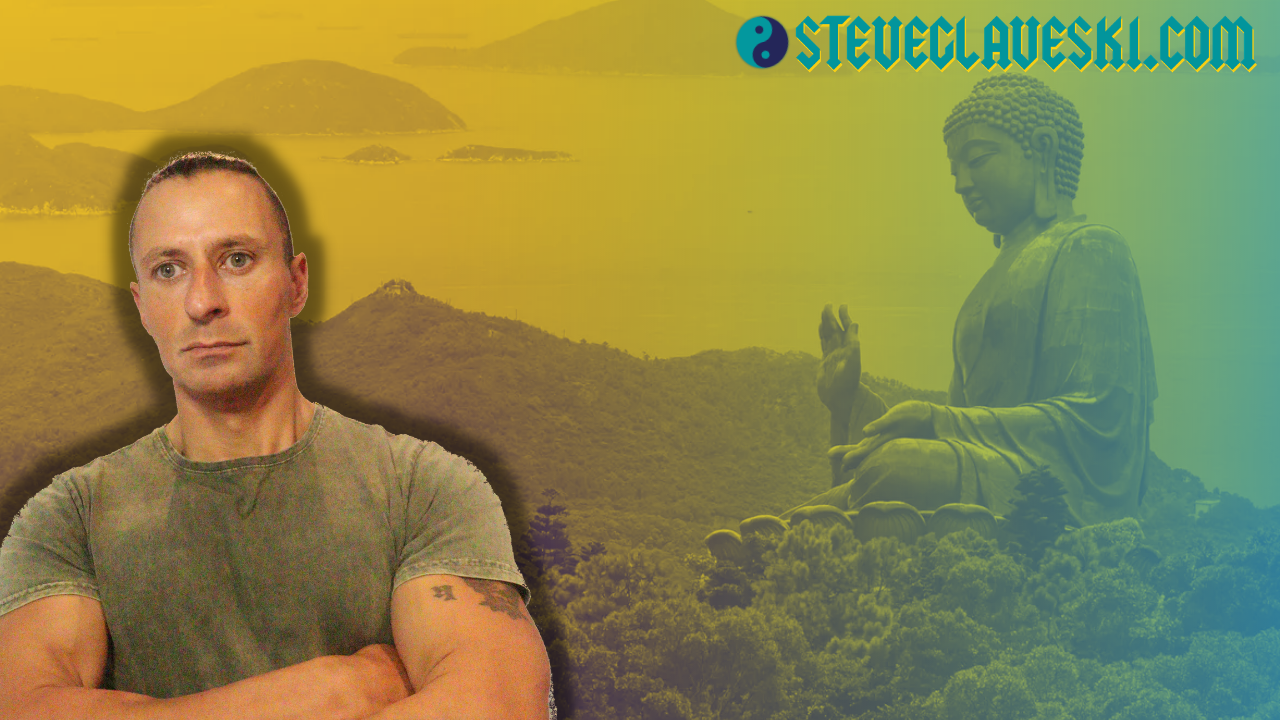 It’s probably not surprising to read that workplace stress permeates offices all over the developed world, with up to 80% of Americans experiencing stress at work.

But, what is stress?

In the body, moments of stress are detected by the amygdala - the brain’s primitive threat detection mechanism. The amygdala sends a distress signal to the hypothalamus, releasing adrenaline into the body, increasing our heart-rate and breath-rate, using up glucose and fat stores for energy, and ultimately releasing cortisol - the primary stress hormone.

Acute stress can be a good thing as far as doing deep work is concerned. As Robert M Yerkes and John Dodson put it way back in 1908, there is a relationship between pressure and optimum performance (see below).

According to the American Institute of Stress:

A 2017 Harris poll, performed on behalf of the American Psychology Association, found that 80% of Americans experience workplace stress. The numbers are ‘better’ but still raise much cause for concern in other developed countries (see below).

Stress shows up in different ways at work.

Signs of stress are not always so obvious, with passive symptoms including criticising, disagreeing and procrastinating.‍

While the exact number has been contested, the American Institute of Stress estimates that job stress costs US companies more than US$300 billion a year in ‘absenteeism, turnover, diminished productivity, and medical, legal and insurance costs’.‍

A team of researchers from the University of Medical Sciences in Iran set out to review the impact of stress on body function. They found that stress impacts memory, cognition, mood, the immune system, our propensity to develop cardiovascular disease, gastrointestinal complications, inflammation and eating disorders, among other things.

But perhaps worst of all, stress can lead us to an early grave.

CEO of Barry-Wehmiller, Robert Chapman, went as far as saying that the audience was the cause of the healthcare crisis, when standing in font of 1000 other CEOs.

Financial and physical costs aside, the real cost of workplace stress is the human cost. The cost to our personal creativity, our personal relationships, our attitude towards life and our energy to actually live the days we’ve been given.

Collectively, the cost on not just the stressed, but their families, communities and humanity as a whole can’t be understated. Just imagine what the 55 percent of Americans who report feeling stressed ‘a lot of the day’ could achieve if they weren’t battling their internal demons all the time — not to mention the rest of the world’s stressed out citizens.

So, Why Are We So Stressed At Work?

hygiene factors that manifest in the above:

A lack of control is one of the key contributing factors to workplace stress.

‍Recently, researchers documented how essential a sense of control is for mind and body alike. In fact, some psychologists have gone as far as saying that the deepest need people have is for a sense of control.

Control is precisely what so many employees today don’t have.

They’ve become accustomed to colleagues snapping up time in their calendars, dragging them to meetings and ultimately having all sorts of non-consequential decisions go before a committee for review and worst of all, most just accept the status quo.

For more on what leaders and organizations can do to give their people a sense of control, check out my HBR article, Stop Sabotaging Your Workforce.

Focus on What You Can Control

Millenia-old Buddhist and Stoic teachings urge us to accept what is, to watch our judgments of external events, and ultimately, to focus on what we can control, not what we can’t.

The former leaves us a powerless victim, whereas the latter empowers us to not only take action, but to feel like we have a sense of control over our lot. When you want to dig yourself out of a hole, stop digging, and let go of what you can’t control.

Freedom in the west is typically defined as freedom from things (like a boss or a job you don’t like), and freedom to do things (like go on a vacation, or do work you enjoy, or sleep with whoever you want to sleep with).

You might be financially successful, with six-pack abs, a Tesla in the garage, and a perfect 10 partner, but you’re not truly free if you’re constantly at the mercy of the internal chatter of your ego, and ultimately find yourself feeling stressed, anxious, and down most of the time.

This is why eastern philosophy goes one critical step further - towards freedom from the mind. ‍

Buddhism teaches us that attachment to desire is the root of suffering - the desire to have, the desire to control, the desire for things to be just as they ‘should be’. When things aren’t in perfect alignment with this upbringing, society, and ego-self imposed view of what ‘should be’, we develop a less than flattering view of our lives, and accordingly feel like sh*t.

But when we accept ‘what is’ in this moment, we create the space for peace to arrive.

In his book, The Paradox of Choice, psychologist Barry Schwartz asserts that sure, while having no choices tends to be undesirable, having too many choices can render us paralysed by choice and never fully committing to a decision we’ve made because we might wonder whether we could have done better. This shows up in various aspects of life, whether it’s deciding what to eat at a Japanese restaurant, choosing which job offer to take, determining a place of abode, which product to buy or which romantic partner to settle down with.

Satisficers tend to settle for the good enough option whilst maximisers look for the best possible option. Schwartz says that while maximisers tend to make what on paper is the better decision more often, they are generally unhappier than satisficers because their decisions are usually laced with regret and a grass is greener complex. Compare this with the satisficer fully commits to a decision once it has been made, resulting in a generally more contented and happier existence.‍

Freedom To Choose Your Response

As Holocaust survivor, Victor Frankl, put it in his magnum opus, Man’s Search For Meaning, we always retain the freedom to choose our attitude - how we respond to what happens to us, something he credits with surviving the brutality of the Nazi concentration camps.

It’s not just what happens to us, but how we respond that counts.

Another famous writer, Mark Twain, famously said that “I am an old man. I have known a great deal of troubles, but most of them never happened”.

Most of our suffering is self-imposed. Our assumptions about things, our interpretation of events, our not letting go of events, our recounting events in our minds, our anticipating negative events that never happen, and so on.

Becoming more aware of ourselves, and how we respond to what happens around us or directly to us is a huge step towards enlightenment and taking back control over how we choose to relate to what happens at work, and subsequently, how we feel about life.

As human beings, we are far more prone to notice negative things than bad things - because we evolved to avoid life-threatening situations - we can find ourselves going through our entire day noticing all of the so-called negative things and working ourselves into a pit of despair.

As such, being equally mindful of the ‘positive’ things is helpful - the sun on your skin, the smile the barista shot you, the dog that licked your hand in the park, and so on.

When we do notice ourselves feeling bad, it’s important to watch our judgments. W’ve typically judged emotions such as anxiety, irritability, and sadness as inherently bad, inherently negative. But as Beth Kurland wrote in her book, Dancing On The Tightrope, my ‘embracing’ negative emotions you give yourself the gift of compassion and change the character of said emotions.

She suggests dropping the judgment, and instead proverbially opening the door to such emotions, curiously welcoming whatever walks in, and labeling what said emotion is…”oh, that’s sadness, that’s anger...”).

Mindfully observing what we’re feeling in this way creates a layer of separation between us and said emotions, which are mere appearances in consciousness, no different to sights, sounds, and bodily sensations. It removes us from identifying too closely with said feelings, and letting them hijack our thoughts and behaviours.

Feelings are few, but any one feeling can trigger thousands of thoughts.

The physiological life-span of an emotion is just 90 seconds, but it is our ruminating and holding on to emotions that causes them to stick around for minutes, hours, and days.

The better we get at simply noticing feelings and emotions without judgment, the more their character changes and we can literally witness their energy and stranglehold over us ‘burn up’, liberating us from the subsequent thought patterns that would have otherwise emerged.

This ultimately leaves us with more of the positive, and a clearer mind with which to tackle our work and our lives.

There are of course, other things you can do to get your mind right. For more on that, check our the following articles.