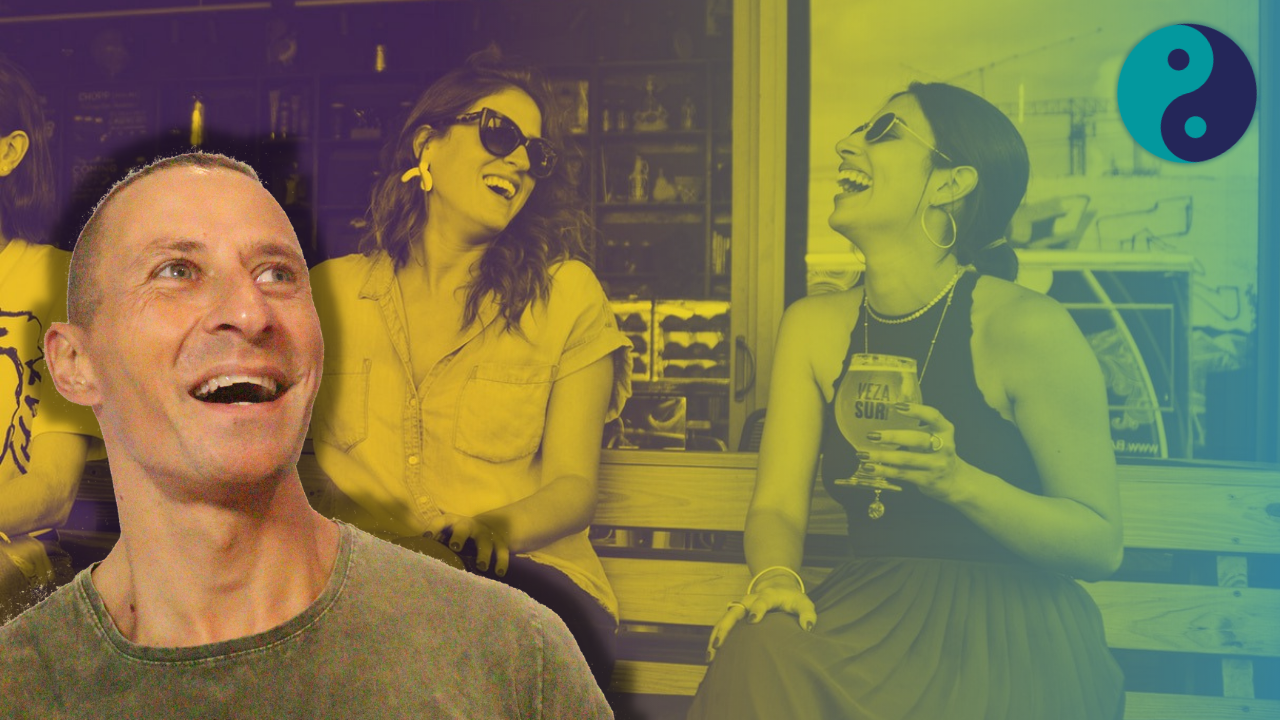 “You might think you’re pretty healthy, drinking a green smoothie on your own, but two blokes sharing a beer at the bar might actually be healthier than you in that moment”.

These are the words of Kale Brock, producer of The Longevity Film, which took him to several ‘blue zones’ around the world to discover why people in these communities were living, on average, about ten years longer than the rest of us.

Community was one of the four factors he identified (the others were attitude, nutrition, and movement), and it turns out that there is more to this than just anecdotal observations and theory, but it is grounded in science.

For the purposes of this article, I’m going to put aside the eastern idea of acceptance and disassociating from the ego-self as the pathway to happiness, and focus instead on the physiological.

What we typically think of as happiness in the west, is a healthy balance of neurotransmitters in the brain, such as dopamine, serotonin, and oxytocin.

Dopamine, or the ‘pleasure chemical’, motivates us to seek out rewards and pleasure.

Oxytocin, or ‘the love chemical’, helps us bond, trust, feel empathy towards and close to others.

Serotonin, or ‘’the mood chemical’, helps us to regulate our emotions and mood.

Endorphins and anandamide essentially relieve stress and can create feelings of euphoria.

Adrenaline increases our heart rate and provides the body with energy, and plays a key role in focus.

This is why the western definition of happiness — a sense that we feel overwhelmingly good — is fleeting because it is essentially based on a transient make-up of chemicals in the brain.

This is partly why we might sometimes feel really motivated and excited to sit down to work, and other times not so much.

Fortunately, though, there are things we can do to influence this make-up, and not only show up as the best version of ourselves far more often but improve how we feel about our lives — and it turns out that socializing is one of them.

How Socializing Plays in the Brain

When we interact with others, our brain releases oxytocin which in turn, stimulates the release of both dopamine as well.

A landmark Stanford study published in Nature in 2013 found that oxytocin triggers the release of serotonin, ultimately propelling us towards conventional feelings of ‘happiness’.

In fact, a 2010 study published in the Frontiers in Behavioral Neuroscience pointed out that several empirical studies indicate that social reward is processed in the same subcortical network as drug addiction!

Not only that, but dopamine also motivates us to socialize more in the event that we are alone. It’s a virtuous cycle of sorts. If we’re low on dopamine, we are likely to self-isolate. If we’re high on it, we’re likely to seek out social interaction, which will stimulate more dopamine. For example, researchers at the MRC London Institute of Medical Sciences found that by activating dopamine neurons in mice, they began interacting with each other.

This is one of the reasons that high-status individuals socialize more because the richness of these experiences can be more chemically rewarding for them.

When we have a healthy balance of neurochemicals in the brain, we are calmer, our cognitive abilities (learning, memory, and information processing) improve, and we are able to focus on the task at hand.

The flipside of this is feeling irritable and anxious, when focusing becomes almost impossible, but visiting the fridge, switching screens, and checking social media repeatedly becomes par for the course.

Not only that, but the dopamine we get from socializing keeps us motivated to seek out rewards in our work too.

Put simply, socializing helps us stay focused and motivated towards our goals.

Numerous studies have pointed out that socializing helps us to live longer. People who are isolated face a 50 percent higher risk of premature death than those with strong social connections, according to one CNN study.

A number of studies that have drawn much media attention in recent times point to loneliness carrying mortality risk factors no worse than smoking — it is, we’re told, more damaging to our health than smoking 15 cigarettes a day.

Not only that, but highly social seniors have a 70 percent lower rate of neurodegeneration than their less social peers.

And today, when it’s so easy to simply interact with your friends via social media instead of a genuine face-to-face conversation, be entertained from the comfort of your own home, and work remotely, 3 out of 5 Americans report feeling lonely.

It turns out that the more active the social connection, the greater the perceived reward. Live face-to-face interactions show greater activation in brain areas associated with reward than video-calls or phone calls.

That’s not to say that there is no reward from the latter — there definitely is, at least a lot more than texting — but you would be well served to try and incorporate more face-to-face interaction.

There are, of course, many things you can do to allay yourself of loneliness, but like most things, sometimes it can require being a little proactive.

So, not only will socializing leave you feeling better and living longer, but it will empower you to sit still and focus on getting shit done.

In a world where people are chronically anxious and forever distracted, and switching screens once every 40 seconds, the ability to be calm and focused is a serious competitive advantage.

So get out that and enjoy that beverage with a friend.


Human Performance and Productivity

Motivation and Self Development