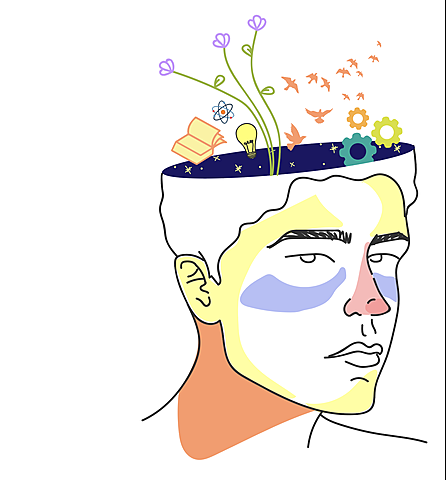 One woman grows up dreaming of living in Italy. She dreams of rolling hills, classical architecture, vineyards, and Mediterranean delights.

For whatever reason, she winds up in Holland — and spends the rest of her life resentful of the fact.

Her sister also winds up in Holland, but she learns to appreciate and love its own rolling hills, architecture, water canals, and even its cuisine.

The latter is blessed by being able to see what’s right in front of her.

The former is cursed by her idealism.

The Curse of Idealism

We might grow up with an idealistic image of our future selves — where we live, what we do for work, what we drive, who we’re with, what we look like, and so on.

Perhaps you grew up in a loving family and were made to feel special, and that you deserved nothing but ‘the best’ — whatever that means to you.

Perhaps you grew up watching or reading fairy tales, and see yourself on a hero’s journey of sorts, poised for an eventual happy ending.

Such experiences can leave us with unrealistic expectations, and idealism can leave us both debilitated and forever sabotaging our shot at happiness.

Oh, I’d like to go for a hike but this weather isn’t perfect.

Oh, that job sounds like it would be really fun and rewarding, but the money could be better.

Oh, she seems like a really cool chick and her values are aligned with mine, but she’s a few years older than I’d like.

If you spent your whole life dreaming of living in Santa Cruz, California, but you ended up living in Torquay, Australia, you could focus on what you’re missing in the former, but it would come at the cost of not appreciating everything Torquay has to offer.

But finding someone is hard enough without imposing all sorts of unrealistic expectations upon them, while all the while not conceding that we’re far from ideal ourselves, and come with our own flaws and limitations.

Perhaps this quest for idealism is an effort to sure up our innate insecurities or sense of not being good enough, and so, instead of working on being the best version of ourselves, we seek to expedite the process by finding someone much better than ourselves on every level, as if that will allay us of our perceived lack of self-worth.

But should we ever find such a person, what would they want with us if we weren’t even sure of ourselves?

Ideals are a Lie

The reality is that there is no ideal.

Someone or something might be subjectively better across some dimensions, but it typically comes at a cost of other dimensions. Someone might be better-looking but not as smart. Someone might be academically more gifted but relatively boring. Someone else might tick all the boxes but snores at night and is terrible in bed.

We find that super hot partner who makes a ton of money and runs their own business, but we learn that they lack emotional intelligence, are self-absorbed, don’t around the house, and snore like a grizzly bear (I’m not actually sure if grizzly bears snore, but you get the point).

We’re all wired to look for negatives — this evolutionary programming helped us stay alive in our tribal hunter-gatherer days, but ultimately serves to compromise our happiness today.

And I should know.

In my own life’s journey, my grave mistakes have been my greatest teachers.

I’ve compromised and lost what could have been fulfilling life-long relationships because a small voice inside me was telling me I could do better.

Perhaps they had been married before, and ideally, I would have liked the experience of being married to have been a first for both of us — or some other such romantic nonsense.

As we head into the new year, perhaps it’s worth reflecting on your own idealism — some of which you might have been holding on to your whole life and never really been conscious of and challenged before.

Perhaps your own idealism is holding you back from your best life, and it’s this idealism that you might want to let go of in the new year.

No, this isn’t a call to be complacent, take what you can get and punch below your weight. It’s a call to take what would make your life demonstrably better, even though it might not fit some pre-existing ideals which were probably formulated when you were a teenager, with little life experience and a barely developed prefrontal cortex.

As the Buddha said, the desire for more is the root of suffering, and salvation comes not from outside of ourselves but from within, when we truly accept what is, who others are, and who we are.

Only then can we move forward with certainty, commitment, and without forever thinking that we could be doing better, never content with what we have, and never happy.

Steve Glaveski is the founder of innovation accelerator Collective Campus, and author of Time Rich , host of the Future Squared podcast, and frequently contributes to Harvard Business Review. Find him on Twitter at @steveglaveski.


Motivation and Self Development

Self Improvement