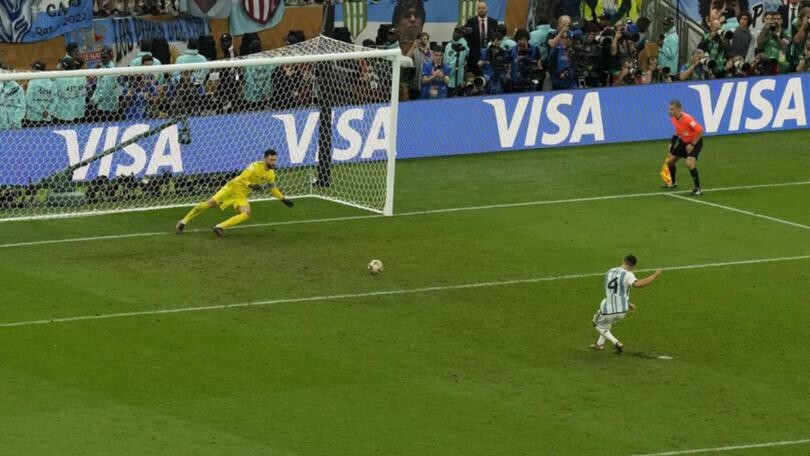 For most of the 90 minutes, the teams cancel each other out.

It’s the key moments and plays that differentiate winners from losers.

And these plays can make heroes or villains out of us.

Argentina went into the 2022 World Cup Final not having lifted the coveted trophy since 1986, when Diego Maradona was at the peak of his powers.

For a country plagued by internal political and economic strife, the exploits of its national football team are a universal outlet, and Argentina’s Lionel Messi serves as deity.

And at 3–2 up, deep into the second half of extra time, it looked like Argentina’s drought would finally come to an end.

But with only several minutes left on the clock, a forward run by France resulted in Argentina’s Gonzalo Montiel handling the ball in the penalty area.

The ensuing penalty was neatly tucked away by French wunderkind Kilian Mbappe, breaking Argentinian hearts, and sending the game into a penalty shootout.

This was a key moment and an own goal for sudden villain, Gonzalo Montiel.

This was to be the World Cup that Messi finally lifted, propelling him into the realm of football immortality, alongside the likes of Pele, Beckenbauer, and of course, Maradona.

Had Montiel sacrificed it all with a foolish handball inside the area?

In life, we go about our days, and so many of them blur into the last.

We wake up, maybe we exercise exercise, prepare breakfast, get the kids ready for school, go to the office, try and make time for family and friends, and for the most part, do our best.

But if we’re honest about it, looking back on our lives, it’s the key moments that made us who we are today.

If I look back on the past 15 years of my professional life, despite showing up to the office about 4,500 times in that span of time, there are several key plays that got me to where I am today.

1. Getting fired from my first post-college job, at the age of 22

This forced me to reflect on my approach to work, pursue work aligned with my strengths and interests, and show more initiative.

2. Electing to pursue a Master’s in Accounting, after being dumped from my previous gig

This degree opened the door to gigs with Ernst & Young, and later KPMG and Macquarie Bank. While I left the corporate world, the learning and social opportunities and springboard this provided me was invaluable.

3. Raising seed capital for my first startup, on the back of a press release I sent to 100 journalists

This was my ticket out of the corporate world and into entrepreneurship. Ten years later, I’m still here.

4. Having a podcast listener reach out about running a startup accelerator program

My current company, Collective Campus, was given a huge boost when a casual listener of my podcast, who represented a large law firm, got in touch to explore running an accelerator program. The ensuing income and case study it provided lead to us running 15 more programs and incubating 95 startups in the next five years, creating a ton of financial and creative freedom along the way.

However, on a personal level there have also been own goals and proverbial handballs, if you will.

This includes the breakdown of romantic relationships, which in retrospect, I came to regret.

But here’s the thing.

It’s not over until the final whistle blows.

Gonzalo Montiel might have been the villain behind France’s late equaliser, but he and Argentina were not dead yet.

In the ensuing penalty shootout, Montiel walked up to the line to take the forth penalty kick.

Score, and Argentina would be crowned world champions for the first time in 32 years.

Miss and he would have two reasons to never return home to Argentina again.

But he calmly strode up to the spot, and tucked his shot into the bottom corner, sending the overwhelmingly Argentinian crowd into raptures, and finally delivering Lionel Messi his elusive World Cup.

We might make terrible plays and mistakes from time to time.

But so long as we’re breathing, as long as there’s still time on the clock, we can bounce back to make key plays and recover to life our own proverbial world cup.

Too often though, we spend our days simply kicking the ball being overly defensive, merely trying to survive instead of thrive.

When was the last time you made or tried to make a key play?

Maybe it’s pitching for capital for your startup idea?

Maybe it’s asking that guy or girl out?

Maybe it’s moving to a new city that opens up all sorts of opportunities?

Our outcomes in life are a result of our decisions.

Maybe it’s time you made a run on goal?