What To Eat To Stay Focused For Longer 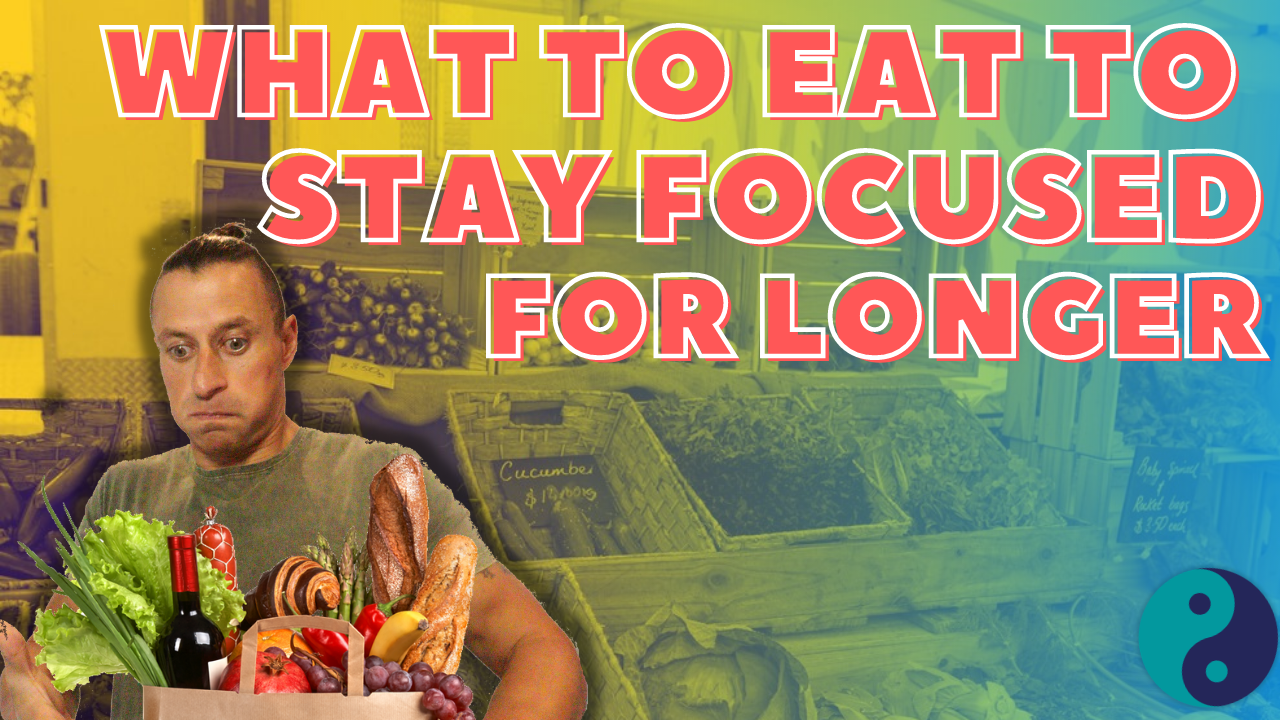 You’ve probably had your fair share of carby lunches. You head out with some colleagues, order the burger and fries with a side of Coke or even, a pint of beer, and after an hour (or two), you make your way back to your desk for the afternoon shift.

Only, your body might be present but your mind is in hibernation.

This is because the high-GI carbs, also known as simple carbs, that you just consumed, spiked your blood sugar for about all of one hour before sending you crashing back down to earth.

Simple carbs like these are a source of fast-release energy — they give us energy for an hour or so. But when it comes to work, we should be opting for slow-release energy — foods that keep us focused for hours on end.

Most of us, however, are consuming way too many simple carbs. A 2019 study published in the Journal of the American Medical Association (JAMA) found that over 42 percent of the typical American diet is attributable to simple carbs such as grains, fruit juice, potatoes, and sugar.

So what should we be eating, then, for sustained energy at work?

These can be found in what you might know as ‘brown’ variations of food — brown rice, brown pasta, brown bread, and so on.

Slow carbs can also be derived from vegetables (kale, cauliflower, broccoli), grains such as quinoa and steel-cut oats, legumes, and nuts.

The chart below illustrates the difference in energy release between High-GI/simple carbs and Low-GI/complex carbs.

It turns out that a short walk after the consumption of carbs — be they simple or complex carbs — can significantly lower the glycemic response (see below).

So whatever you’re eating, it always pays to go for a 10 to 20-minute walk afterward to both lower your blood glucose levels and get rid of that naggy, bloating feeling if you’ve indulged in a few too many simple carbs.

Another simple hack is to douse your carbs in lemon juice.

A 2021 study published in the European Journal of Nutrition found that lemon juice reduced the glycemic response to bread in healthy volunteers. In fact, the lemon juice lowered the meal blood glucose concentration by 30% (see below).

Of course, you could just opt for smaller servings of those simple carbs.

I enjoy the occasional burger, and often turn my burgers into convertibles — that is, I’ll take the top bun off. Similarly, if I head out to a Melbourne cafe for an avocado toast on a Sunday morning, I’ll eat one piece of bread instead of two. The choices we make every day compound over the long term.

What About Protein and Fat?

This should be complemented with the consumption of the other macronutrients — good fats and clean proteins.

Good fats, which can be both monounsaturated and saturated, can be found in products such as olive oil, avocados, nuts, cheese, whole eggs, fatty fish like salmon, trout, mackerel or sardines, chia seeds, coconut oil or full-fat yogurt.

Is There an Optimal Ratio?

There are numerous schools of thought on the right mix. Some argue 40 percent from carbs, with 30 percent from fat and protein respectively, but this is silly. Every body is different.

Some people are on ketogenic diets, where they obtain only about 5 to 10 percent of their calories from carbs, and derive most of their energy from fat and the production of ketones in the brain. Others are on high protein diets.

But I don’t eat meat, dude.

Of course, you can derive smaller quantities of lean proteins from foods nuts, lentils, and yogurt but there’s a kicker.

First, you’d need to eat a lot of lentils to consume the same amount of protein you would from one chicken breast — 600 grams of lentils in fact. Second, that 600 grams of lentils would come with 120 carbohydrates, equivalent about 10 slices of bread. So if you’re on a vegan or vegetarian diet and not feeling your best, you might want to consider some plant-based protein supplements.

Wait…Fat is Good For You Now?

Of course, if you’re like me, you grew up in a time where fat, and particularly saturated fat, was villainized. We were told that if we ate too many eggs, for example, our cholesterol would go through the roof and we’d die.

But it turns out that there is a lack of evidence for this, so much so that the US Department of Health updated its dietary guidelines in 2015 and dropped its daily recommended consumption of cholesterol, whilst Weight Watchers put eggs on its list of zero-point foods (what they define as ‘foods you can eat without having to count them’ shortly thereafter.

A separate study published in May of 2016 in the American Journal of Clinical Nutrition found that eating a dozen eggs a week for three months didn’t increase cardiovascular risk in people with Type 2 diabetes.

Much of the demonization of fat actually goes back to the 1960s, when the influential US big food industry lobbied and paid scientists to downplay the link between sugar and coronary heart disease, and instead point the finger at fat. The reason? So they could sell much cheaper-to-produce simple carbs, label them fat-free, and get rich off unsuspecting shoppers who thought they were making both nutritious and economic choices for themselves and their families. But that’s another story…

Eating this way is not only good for your health and sustained focus at work, but comes with myriad mood-boosting benefits.

The B vitamins you find in complex carbs like whole grains are vital to brain health, and B12, in particular, is involved in the production of neurotransmitters such as serotonin and dopamine, both of which help to regulate mood. The folate you find in complex-carb and fibre-rich foods such as green vegetables are also associated with the production of serotonin, dopamine, and noradrenaline.

The Omega-3 fatty acids you find in fatty fish, nuts, and chia seeds, not only support brain functioning but were linked with a lower likelihood of depressive symptoms in a meta-analysis published by the Journal of Epidemiology and Community Health, which reviewed 26 previous studies involving over 150,000 participants.

And when it comes to food and our mood, it would be remiss of me not to mention the gut-brain axis. 95 percent of the body’s serotonin — a signaling molecule that plays a crucial role in functions such as sleep, appetite, pain sensitivity, mood, and overall well-being — is stored in the gut.

What we feel in our gut will ultimately affect not only the decisions we make about what to eat and drink, but also the people we choose to spend time with and the way we assess critical information such as workers, jury members, and leaders.

An unhealthy gut has been linked with depression and mood disorders. In fact, transferring fecal pellets containing gut microbiota from an extrovert mouse changes the behavior of a timid mouse, making it behave more like the gregarious donor mouse. Transplanting a stool and its microbes from an obese mouse with a voracious appetite can make a lean mouse prone to voracious overeating.

But before you pursue fecal transplants, there are easier, less costly, and less let’s face it, disgusting ways to go about optimizing your gut health.

A 2017 review published in the Annals of General Psychiatry looked at 10 previous studies, the majority of which found positive effects of probiotics on depressive symptoms. Foods rich in probiotics include yogurt, sauerkraut, kimchi, and pickled vegetables.

Ultimately, it comes back to the Buddha. Practice moderation, indulge every now and again, eat well most of the time, and to put it bluntly, don’t be a d*ckhead when it comes to what you put in your body.