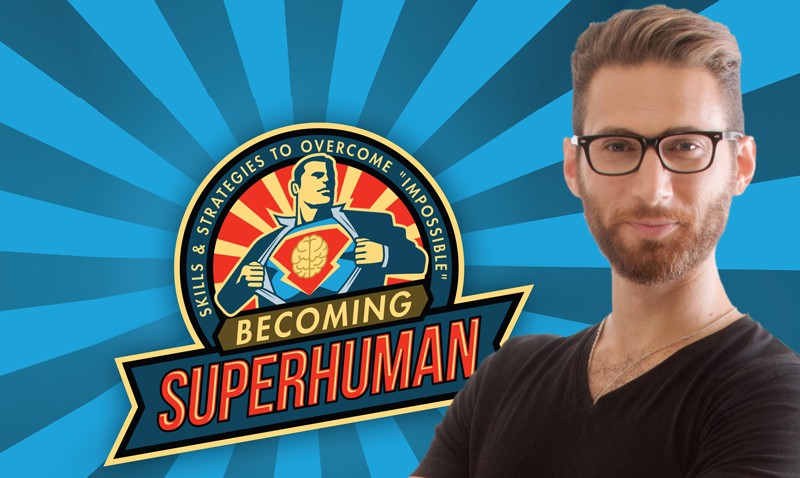 I recently interviewed super-learner Jonathan Levi of Becoming Superhuman on the Future Squared podcast, and it is full of value bombs on learning and memorization, among myriad other topics, including Levi’s struggles with ADD and depression throughout his late teens and twenties, and how gaining a greater appreciation for how we learn helped get him out of it.

You can listen to the episode below or find Future Squared wherever you get your podcasts.

Three key lessons on learning and memorization from this episode:

1. We are visual learners

As human beings, our ability to learn is based on evolutionary biology, as such we are wired to learn through taste and smell first and foremost because these are efficient ways for our brains to learn, and were also vital when it came to survival and evading predators on the African savanna tens of thousands of years ago. The next best learning medium isn’t words or numbers, but visuals — we are visual learners.

This is why for a number of weeks neither I nor my barista Liberty could remember each other’s names. It wasn’t until I put visuals on our names by telling her — “just think Stevie Wonder, and I’ll think Statue of Liberty” (she was cool with it btw!) — that we have not gone without addressing each other on a first name basis since.

The concept of memory retention, Levy notes, is somewhat of a misconception in the sense that one doesn’t just train themselves to remember more over time. Our brains are incredibly efficient, and comprise just2% of our body mass but consume 20% of our energy, and so they and our two hippocampi — the parts of the brain mainly associated with long-term memory —are wired to forget what we don’t use.

So in order to remember things long-term, we need spaced repetition. Language learning apps like Duolingo used space repetition as you make your way through subsequent lessons by reintroducing words and phrases you learned in earlier lessons and adding them to complete sentences.

This is how we retain information for longer. Use it or lose it.

Non-rapid eye movement sleep (NREM), or ‘non-dream sleep’, which is what we fall into when we first fall asleep, is fundamental in strengthening synapses whenever we have learned something new.

Levi suggests we should try to get some shut-eye immediately after learning something new that we want to store in our longer-term memory, something Matt Walker echoes in his book Why We Sleep.

Incidentally, dream sleep also helps make associations between different pieces of information, critical for creativity and problem solving, which is why the old adage, “sleep on it”, makes so much sense. It’s also why Thomas Edison, when pondering a problem, would go to sleep at his desk with two metal balls in his hands clenched above a metal rubbish bin. Once he fell asleep and his grip gradually released, the balls would make a loud crash, prompting him to wake up and proceed to madly write down whatever new solutions had come to mind.

Bonus Round: Teaching Others

Of course, when you teach others what you have learned, you strengthen those synapses some more, which I have intentionally done with this blog post.

These lessons are just scratching the surface of what you will learn in my conversation with super-learner, Jonathan Levi.

In coming weeks, I’ve got a star-studded line-up of guests coming your way including award-winning science writer and sceptic Michael Shermer, author of Imagine It Forward and former head of culture at GE, Beth Comstock, founder of Behance and author of The Messy Middle, Scott Belsky, and author of Fat For Fuel and alternative medicine proponent, Dr Joseph Mercola.

In the meantime, I’ve appeared on a number of podcasts my self in support of my new book Employee to Entrepreneur, most recently appearing on The Startup Story, Becoming Superhuman, Mixergy’s Startup Stories and Less Doing, which has been lots of fun, and an entirely new experience being on the other side of the mic. You can find my appearances by searching ‘Steve Glaveski’ on whatever podcast app you use.

Finally, I am continuing my Patreon experiment. You can sign up for as little as $5 a month and gain access to exclusive content and a monthly live AMA with me at patreon.com/thesteveglaveski