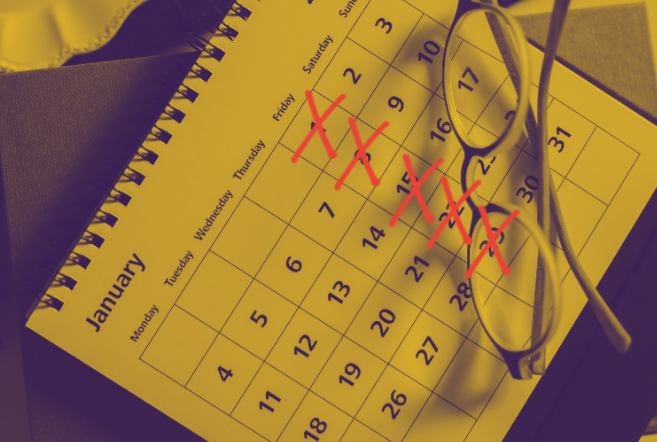 Back in 2018, I wrote about my team’s six-hour workday experiment for Harvard Business Review.

We found that the shorter days acted as a forcing function, prompting us to waste less time sending cat gifs in Slack, effectively prioritizing our work, automating and outsourcing rudimentary tasks, and spending more time in deep concentration.

More recently, we decided to experiment with a four-day workweek, on the back of trending news that companies like Microsoft Japan, and Buffer had found the shorter week beneficial, from both a productivity and wellbeing perspective.

I specifically asked my team of 12 employees to take Fridays off, but not to overcompensate by working longer hours on other days. They continued to work, on average, about six hours a day. We ran the experiment for four weeks and tracked a number of productivity factors such as the number and size of tasks completed, leads and opportunities generated, and so on.

We also anonymously surveyed the team on emotional wellbeing factors, such as focus, burnout sentiment, enthusiasm for work, work-life balance, and subjective sense of wellbeing away from work.

Here’s what we learned.

Emotional wellbeing increased a little, per the following charts. An extended weekend, sans the pressures of having to cram five days’ effort into four longer days, and under the guise of an experiment, slightly improved emotional wellbeing.

We already offer our employees a lot of flexibility, give them autonomy and control over their work, and keep the lid on time-wasting activities such as meetings, so these results hardly came as a surprise.

On the other hand, productivity decreased by twenty percent. This was true of a number of different functions — marketing, sales, design, content creation, client communications, and so on.

When polling my team on why this was the case, it appeared people couldn’t find any obvious productivity gains to be had like those at organizations reporting more efficiencies from shorter workweeks.

Since running our six-hour workday experiment three years ago, we make a concerted effort to:

Not only that, having created a workplace culture where people get into the flow state for several hours a day — the upper limit for which is just four hours, removing a day from the week removes four hours of potential deep, concentrated work.

In cases where organizations trialing shorter workdays find that productivity didn’t suffer, or improved, it’s typically because they were previously engaging in inefficient work practices.

For example, a recent Icelandic study involving 2,500 workers who reduced their hours from 40 hours a week to 35, noted no loss in productivity. However, participants said that they shortened or eliminated meetings altogether, delegated their tasks more effectively, and in some cases, eliminated their coffee breaks (not something that a Melbourne-based espresso fan like myself can support!).

If you’re used to spending a disproportionate amount of time in meetings and on shallow work, then a shorter workweek might force you to wisen up your act. But if you’re already using your time wisely, it’s likely to just give you less time to get stuff done.

We also need to watch that we don’t just move to shorter workweeks and report being “just as productive as we were before”, which might not mean much if people’s days are still punctuated by meetings, instant messages, and shallow work. Global workplace engagement is abysmal — just 15 percent. Jumping to conclusions and declaring victory might be a missed opportunity to re-design work for the better.

And the obvious right-of-center question that needs to be asked is this. What if you applied the efficiency gains you adopted trialing a four-day workweek to a five-day week? Would it mean shorter workdays across the week? Would it mean 25 percent more productivity?

Ultimately, it’s not about hours or days — it’s about outcomes. The whole idea of putting the hours we work before our objectives is a silly throwback to the factory room floors and doesn’t take into account the non-linear nature of knowledge work today.

But if memes like shorter workweeks and workdays force people to find more effective ways of creating outcomes, and give them more time for life, then I’m all for them.

When we do away with the myriad ways that both organizations and individuals sabotage people’s attention, we free them up to spend more time in the flow state doing what they were paid to do — think, act, and create value.

The more time people spend doing this and the less time they spend in pointless 12-person Zoom calls, the faster they can get things done, and the more life satisfaction they report.

As for my team, we’re now embracing no set hours. Work where you want. Work when you want. So long as things get done. If it takes four days, five days, or even one day, then so be it.

Productivity for its own sake is a fool’s errand. If what you can achieve working just two or three days a week is enough to satisfy your and your company’s material and immaterial goals, then that should be enough.