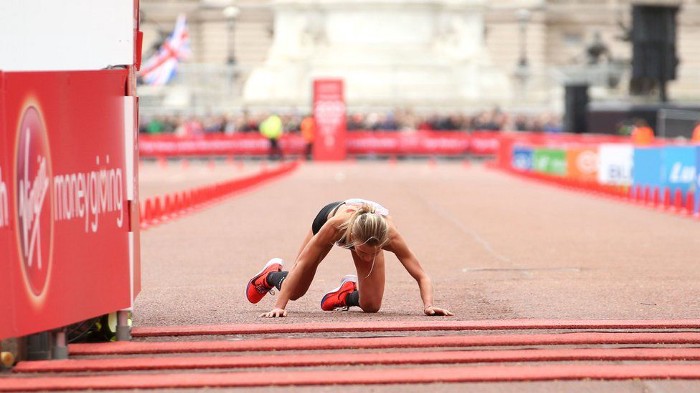 Starting something is easy.

This is especially true when we’re buoyed on by the optimism bias — that pang of untempered enthusiasm we experience at the outset of a project, where all we can see is victory, and a path devoid of hurdles.

But far too often, once we inevitably run into said hurdles, our enthusiasm wanes, we slow down, and we might give up altogether.

This is true of romantic relationships.

It is true of business ventures.

It is true of diets.

And it is true of creative pursuits.

Recently, I decided to make a late entry into the world of vlogging with my YouTube channel, WorkFlow.

Initially, it was a bit of fun, and mostly me riffing enthusiastic about topics I’ve written about — with a very low-fi production.

But after a few weeks, I sought the advice of ‘experts’ in the field, and soon found myself:

This not only increased the amount of time and cognitive effort several-fold, but it also did something far worse — it made creating content feel like… well, work!

And while I put together about 20 episodes that ticked all of YouTube’s boxes, I soon found myself losing the desire to go on, and dreaded that block in my calendar dedicated to creating said videos.

It was becoming a grind.

I reflected on the objective of the channel, and what really mattered — teaching people how to work better — and I realized that I could do that far better whilst speaking from the hip, than from a carefully rehearsed script.

After all, my audience of mostly entrepreneurs and corporate executives was tuning in to get future of work insights, not champagne comedy or Disney-level animations.

Not only that, but when I riff unhinged, it is fun, and for me, sustainable.

And it turns out I’m not alone — some of the world’s most successful YouTube channels such as More Plates More Dates focus on the message, not the production.

And as amateur videos consume more and more of people’s attention — for better or worse — via Instagram and TikTok, it is clear that what people want is engaging content, and that need not always be conflated with high-fi production ethos.

Just because so-called experts read off a playbook and tell you that you need to do A, B, C, and D in order to be successful, it doesn’t mean you truly have to.

There are many paths to the same destination, and when it comes to business or creative pursuits, the core lesson and perhaps only lesson that matters is to be valuable.

Whatever pursuit you embark on, make sure that the effort you’re putting in today is something you can sustain long into the future.

Because, after all, most rewards come after long periods of persistence and consistency.

And if you can’t sustain it, then you’re unlikely to succeed.