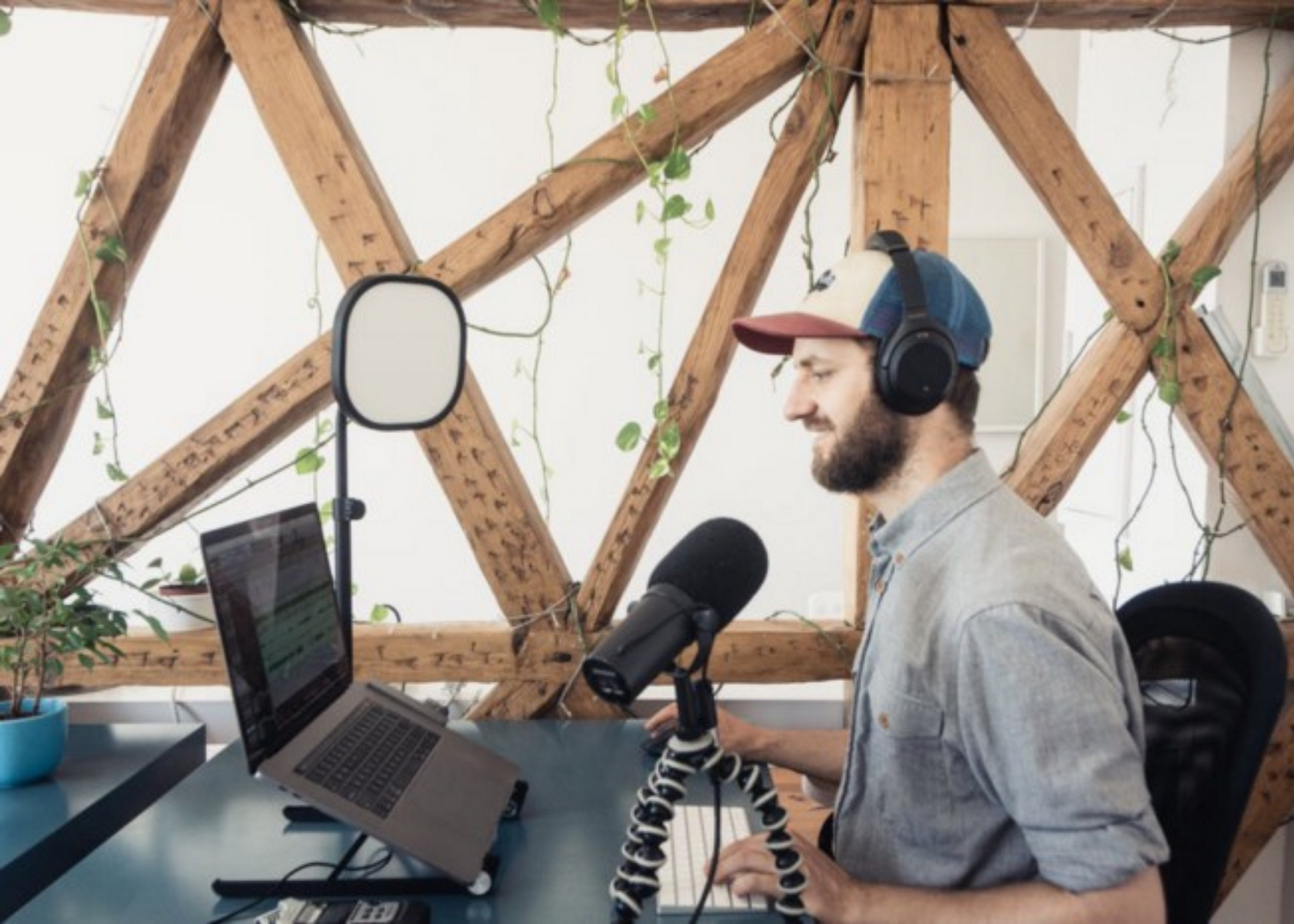 Show business, and business in general, has traditionally been the domain of the dreamer.

And those dreams have never seemed so real for as many as they are today.

Nowadays, the barriers to entry to get started in these fields are almost non-existent.

It’s easier than it’s ever been to produce, create, and distribute your wares.

In the late 90s, I played guitar in a heavy metal band. Suppose we wanted to produce an album and distribute it to the world.

We’d have to scrounge some money together for some very expensive and very short studio time, record a demo cassette or CD, and make a few hundred copies.

We’d have to distribute it to a handful of folks via underground tape trading networks, hoping somebody with a bit of clout heard it.

But if we were serious about getting our album into record stores, distributed en masse across the globe, and making a career out of our music, the only path was to get a record deal.

Nowadays, though, with a few tech smarts, you can record and produce high-quality tracks from the comfort of your home using some affordable hardware, and software such as ProTools, or even Apple’s GarageBand. More importantly, you can upload your music to Spotify, Bandcamp, and YouTube, and suddenly billions of people across the globe can access your music.

20 years ago if I wanted to start a business, that typically meant a business loan, about six figures in startup capital, and a lot of risk.

Nowadays, I can start a global e-commerce business in under a few hours for under $20 a month (hello Shopify!). I can sell almost anything to anyone from the comfort of my own home without having to see, store, or handle any products myself.

I can build and rapidly test all sorts of business ideas online for a pittance. If I strike oil, I can take that any one of the hundreds of crowdfunding, angel, and venture capital networks online and raise orders of magnitude more funding, orders of magnitude easier than I ever could than in, say, the 90s.

If I was coming up as a comedian in the 90s, that typically meant working. It typically meant queuing up for two hours at an open-mic standup night, to get just a 5-minute slot (if I was lucky), night after night …after night…for years.

And if I was lucky enough, I might be presented with genuine money-making opportunities after 5 to 10 years of relentless effort.

The standup track is not much different today, but budding comedians have so many more avenues to explore nowadays.

TikTok videos and YouTube skits are just two platforms that make it easy for people to put their comedic talents, or lack thereof, on display for millions of people around the world.

Back in the day, unless I got a gig at a legitimate newspaper or magazine, or somehow managed to hustle my way to a book deal with a prominent publisher, I could kiss my writing dreams goodbye.

Today, you can post your articles to Medium or Substack at whim, and distribute your magnum opus book has never been easier via Amazon. Not only that, but they’ll print on demand too so that your budding audience can hold a physical copy of your book in their hands, and put it on their bookshelves, right there next to Leo Tolstoy.

Radio spots were few and competition was fierce decades ago. If I wanted to get on the airwaves, I’d need to fight for my lunch via the typical journalistic track, climb my way up from the mailroom, or I’d otherwise come in through the side door — as an already successful comedian or celebrity.

Now though, anybody can (and almost everyone seems to have) start a podcast, and be beamed to every corner of the globe (except for maybe China and North Korea).

And finally, if I wanted to write, film, direct, and produce film 25 years ago, that typically meant a very expensive set-up, which meant I either came from money or I was lucky enough to get funding or a film grant. The process was long, laborious, and distribution required getting into theatres or television deals.

Nowadays, anybody with a half-decent $500 DSLR, or even an iPhone, a rudimentary understanding of lighting, and some cheap video-editing software like Filmora or Adobe Premiere Pro, can film, produce, and thanks to YouTube and IGTV, distribute their content for millions.

It has never been easier to start a business, to produce what you consider comedy, to create films, to share your music with the world, and to get on the airwaves.

But that’s just it.

Because it’s never been easier to produce and distribute, it has always never been harder to stand out and make it.

While the barriers to create were far higher in the past, once you had a product — a CD, a film, a book — your chances of getting the right people’s attention with it were inordinately higher than they are today. And if nothing else, you had something to be proud of, to show people.

I remember walking out of that 4 x 4 recording studio at the age of 16 in the hot summer of 1999, with a 4-track demo cassette. I couldn’t wait to share it with my friends, family, and anyone else who would give up some time to listen to our noise.

Today though, there is far more competition than there has ever been.

According to Crunchbase, over 39,000 startups raised capital across the world in the 12 months to September 2021. In fact, new business registrations are at an all-time high in the United States, breaking through 800,000 in 2020. And for every UBER, there are hundreds of’ venture-backed startups who didnt make it. In fact, about 75% of Series G startups (those that raise hundreds of millions) fail to exit!

TikTok has amassed over a billion monthly active users, with a staggering 83% of them having posted a video — typically of the comedic or otherwise attempting-to-be-entertaining variety.

7.5 million blog posts are published at a whim every day. Over a million self-published books hit Amazon’s virtual bookshelves each year.

No need for that broadcast radio license anymore. There are currently over two million active podcasts, with over 48 million episodes published, most of which beam their content to far corners of the globe for less than $10 a month.

And YouTube gets about 300 hours of content uploaded to it every minute. That’s a lot of how-tos, skits, cats, and reaction videos.

How to Stand Out in a Saturated Market

Now, more than ever, what stands out is, as it always has, is a combination of quality, persistence, breadth of effort, effective networking, and effective marketing.

And even then, you could do everything right and still lose. We typically hear only about the winners. We hear how they did it and assume that if we do what they did, then we would be as successful as they are.

Unfortunately, this usually leaves us susceptible to survivorship bias. There are probably hundreds, if not thousands of other people, who followed the same steps but failed — because there are simply too many things that need to align, and most of all, you need to get a little lucky.

Tastes move fast today, and finding something that keeps people interested long enough in stopping them from swiping to the other 1,732 items in their newsfeed awaiting their attention today is not easy. It’s almost impossible.

If you’re going to make it and be more than an overnight 15-minutes of fame sensation, you still need to hone your craft, get great at what you do, do a lot of it (the more you do, the luckier you get), survive the war of attrition, and find ways to let the world know about all of your amazing work.

Then, and only then, you might be in with a fighting chance.