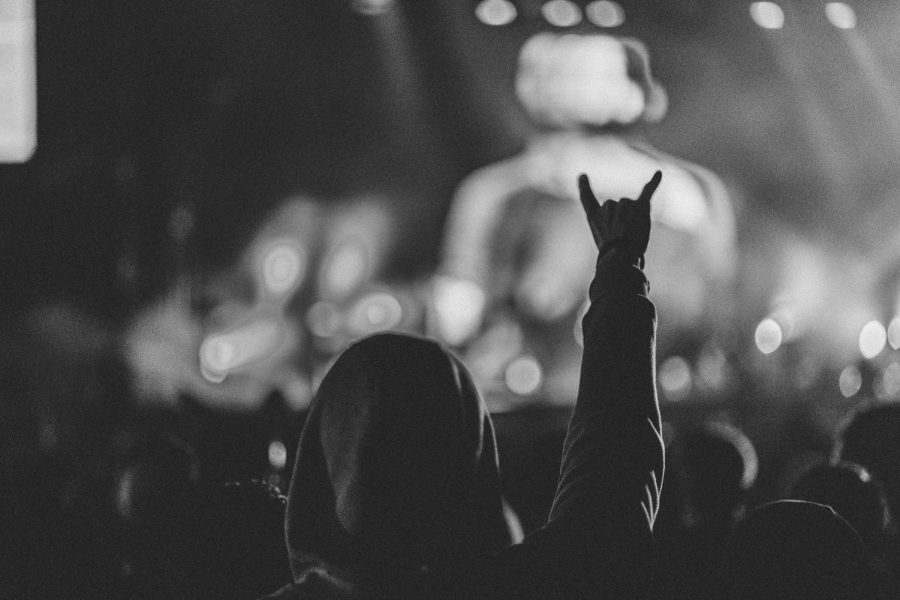 2020 has been a difficult year to say the least, and it has forced us all to find numerous ways to deal with all of the emotional challenges.

Some found solace in meditation, others in the not so wholesome bottom of the bottle, while for heavy metal fans everywhere, it was a matter of turning into their favourite artists and cranking it to 11.

But metal fans don’t just casually listen to metal music — they live the metal lifestyle — and that extends to knowing everything there is to know about their favourite genre and artist. Only a metal fan will be able to tell you a random fact like Black Sabbath guitarist, Tony Iommi, having the tips of his fingers cut in a metal foundry in England’s Birmingham in the early 70s, which went on to influence his guitar sound.

When your ears need a break from blast beats and shredding, numerous podcasts that unpack the world of metal from numerous angles and deliver fresh insights on both the history and current goings on in the hard rock and metal world, make sure you’re not left behind next time you’re talking metal with your buds.

Getcha Rocks Off with Mick Wall

Hosted by iconic metal journalist and author, and former writer and editor at Sounds, Kerrang!, RAW, and Classic Rock magazines, Mick Wall, Getcha Rocks Off is your backstage pass to over four decades of rock and metal stories that you simply won’t find in print.

Wall, and his co-host and former Kerrang! colleague, Jon Hotten, go deep, with up to 2-hour long conversations and hilarious story-telling on topics such as the Sunset Strip in the 80s, Lars Ulrich and Metallica, the Donington Festival, and the metal gods themselves, Judas Priest.

Find Getcha Rocks Off wherever you listen to podcasts, or visit www.nofilter.media/getcharocksoff

Find the Jasta Show at gasdigitalnetwork.com/gdn-show-channels/the-jasta-show/

Each week, MetalSucks brings you a feature interview with a prominent metal musician as well as a discussion of the latest metal news headlines. Recent interviews include the likes of David Andersson from Soilwork, TesseracT’s James Monteith, and Motorhead’s Mikkey Dee!

Find the MetalSucks podcast at https://www.metalsucks.net/category/podcast/

Metal Matters, a Gimme Radio podcast, is a weekly podcast hosted by Mike Hill, front man of Metal Blade Recording Artist Tombs. If you love metal and extreme music, tune in every week for discussions about classic records, up-and-coming bands and interviews with your favorite artists.

Metal Up Your Podcast

The longest running and most comprehensive Metallica podcast on the planet. Over 120 episodes about all things ‘Tallica.

Find Metal Up Your Podcast at metalupyourpodcast.com

Full Metal Hipster offers up the best music and interviews from bands you’re not cool enough to have heard of yet. If you dig black metal, doom metal, thrash metal, power metal, death metal, or any other variety of extreme music, this is the podcast for you. The crew haven’t published a new episode since early 2019, but there are over 160 episodes in the back catalogue to explore — kind of like discovering Rush’s back catalogue for the first time.

All the biggest news and hottest topics from the world of metal from editors of one of the longest running and biggest metal magazines on the planet, Metal Hammer. Hosted by Merlin Alderslade and Eleanor Goodman.

Listen to the Metal Hammer podcast at play.acast.com/s/the-metal-hammer-podcast

Not a podcast, per se, but a 24x7 metal radio station that you can tune in to from anywhere. Hosted by one of the most influential names in Australia’s hard rock and heavy metal community, and bringing you not only interviews with the biggest names in the business, but your daily dose of classic and new metal tracks.

Eddie Trunk, the most well-known name in hard rock and metal music, brings his insight, commentary, reviews, discussion and in-depth interviews to the podcast world! Join Eddie and his famous friends in rock and entertainment every week for a rollicking good time.

Launching new episodes every month, The Rockpit Podcast is hosted by the team at The Rockpit and features all new music and discussions from the world of hard rock, metal and blues along with interviews and exclusive segments throughout the show. Recent interviews include names from both extremes of the metal spectrum, from Trixter’s PJ Farley to former Sepultura mainman, Max Cavalera!

Find The Rockpit Podcast at therockpit.net

The team at Metal Injection have delivered almost 600 episodes of their livecast so with that kind of longevity, you know they must be doing something right by their audience! Recent guests include Orianthi, Jordan Uhl and Axl Rose(nberg).

The Sons of Metal Podcast is a twice-monthly heavy metal discussion podcast hosted by C. Hagen Radick and Doug Austin. Every month, the pair discuss six heavy metal albums consisting of newer releases, indie/minor label bands, and one classic album. Their different ages, backgrounds, and tastes make for some interesting takes on a wide variety of metal. Plus they have what is without a doubt, the coolest logo in all of the metal podcast world.

Find Sons of Metal at sonsofmetalpodcast.com

That One Time On Tour Podcast

Hosted by Christopher Swinney, former member of The Ataris, Brazil, Undermined and The Widow Jenkins, this podcast offers a trip down memory lane as Swinney reminisces and/or commiserates about what it is like to be a road warrior and live your dream.

Find That One Time on Tour at jabberjawmedia.com/podcasts/that-one-time-on-tour

The Art of Touring Podcast

Art Of Touring is a Podcast hosted by Australian-based musician, Dave Sirianni (aka Siz Dog), and he talks with mostly rock and metal musicians about life on the road.

Find Art of Touring at anchor.fm/artoftouring

900 episodes and counting. Hosted by Mark Strigl, Talking Metal is one of the longest running and prominent shows in the metal world. Recent interviews include Joey Vera, Phil Campbell, and the one and only, Mr. Rob Halford. Enough said.

Decibel Geek is a hard rock and heavy metal discussion podcast designed to entertain folks with what they suggest is resplendent taste in respectable music. The team is over 430 episodes and almost 10 years in, so maybe it’s time to be fashionably late to the party!

Skullsessions includes interviews and discussions with some of the most notorious and knowledgeable heavy metal musicians, journalists, authors, label owners, music execs and more. Whether it’s 70’s proto metal, NWOBHM, or thrash, hardcore and doom, they’ve gone you covered.

Put simply, a podcast about the heaviest of metal. The crew have just launched a thrash extravaganza series that takes you behind the curtain with Vio-lence, Whiplash and Blind Illusion, so you know these guys are going deep into the weeds.

Three friends discussing metal with varying degrees of seriousness. They’ve not published any new material for a couple of years, but with episode titles like War Metal (No Not That Kind), Weird International Death Metal Debuts, and The Weed Man Cometh, you just know this is worth a spin!

Find Are You Morbid at areyoumorbidpodcast.podbean.com

And we conclude our list with the monster that is the Focus on Metal podcast, now 484 episodes young. For 10 years, the team have been bringing us weekly episodes on all things metal, so with unwavering persistence like that, you can’t not check this out.

Find Focus on Metal at focusonmetal.com

Okay, so we lied. While we said 21 podcasts, we would be remiss not to mention the podcast hosted by none other than Machine Head’s Rob Flynn, No Fuckin’ Regrets. Listen every week as Robb brings you backstage while he tours the world bringing you deeper inside the makings of a hard-living touring musician, interviewing friends in bands, his die-hard Machine Head fans (affectionately called “Head Cases”), as well as the wacky cast of his road crew.

Oh what the hell, we’ve already broken the rules, so here’s another one. I Wanna Talk, hosted by the legendary Twister Sister frontman, Dee Snider, who famously stood up to the PMRC at US Congress in the 80s. You know the man can talk.

Find I Wanna Talk at https://gasdigitalnetwork.com/gdn-show-channels/i-wanna-talk/

42 Lessons from Alan B Krueger’s Rockonomics