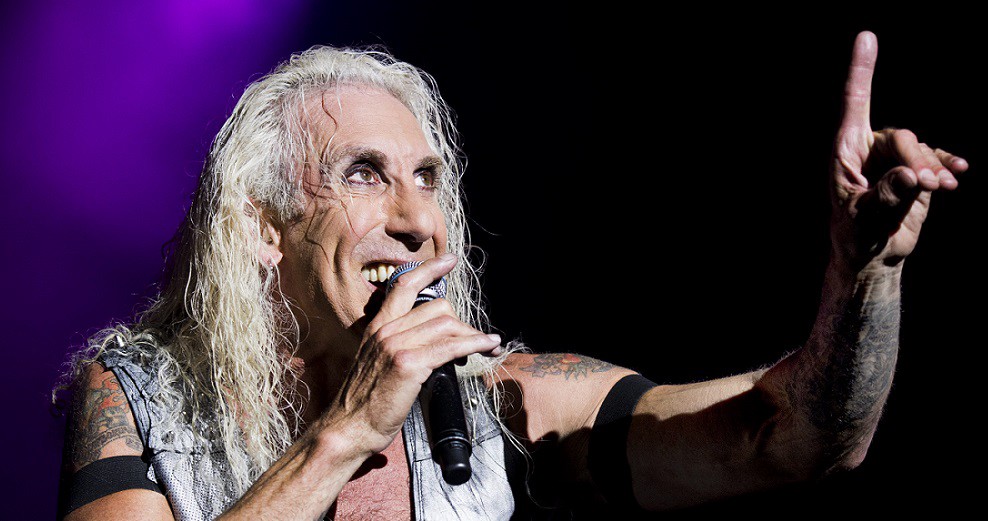 Back in 1985, the Parents Music Resource Center (PMRC), led by Tipper Gore, tried to censor music deemed to have violent, drug-related or sexual themes. It resulted in the much-maligned Parental Advisory sticker, which today’s Spotify generation doesn’t need to worry about. Paradoxically, at the time, the cool factor for albums bearing the sticker soared amongst disenfranchised teens, and the sticker itself became the subject of parody by way of t-shirts and memes for years to come.

The focal point for the PMRC’s actions was a list of songs they found objectionable — the filthy fifteen. All of these songs would be considered tame by today’s standards — including Motley Crue’s Bastard, Madonna’s Dress You Up, Cyndi Lauper’s She Bop (below) and curiously, Twisted Sister’s We’re Not Gonna Take It.

Hey, hey they say I better get a chaperon

Because I can’t stop messin’ with the danger zone

Ain’t no law against it yet, oh she bop, she bop

A Senate hearing took place in 1985 and despite numerous musicians refusing to stand up for their first amendment rights, Frank Zappa, John Denver and Twisted Sister’s Dee Snider took up the call to arms.

In his testimony, Snider — reading off a neatly folded piece of paper that he kept in the back pocket of his uber-tight denim jeans — defended the lyrics to his band’s song, Under the Blade. He concluded that “the full responsibility for defending my children falls on the shoulders of my wife and I, because there is no one else capable of making these judgments for us”.

At its core, this final statement is one that stresses the virtue of individual responsibility. This is at loggerheads with the collectivist ethos of the PMRC, effectively trying to shelter children by banning music and depriving them of their right to choose. These collectivist ethos are echoed by today’s left and the cancel culture that has permeated media and entertainment, and risked ending the career of anyone who doesn’t subscribe and conform to a very specific narrative.

The blues-rock band, Cinderella, referenced this subtlety and restricting the right to choose in a song; “Tipper (Gore) led the war against the record industry, she said she saw the devil on her MTV”. The song’s name? Shelter Me.

You Have the Right to My Opinion

But if rock ‘n roll back then was about individual responsibility, the right to choose, anti-authoritarianism and freedom of speech, you wouldn’t know it if your reference point was some of these very same musicians today.

Nowadays, many former rock ‘n roll rebels can be found embroiled in left-leaning politics — the same kind of politics that has been stifling choice, affectively supporting the same type of cancel culture that almost four decades prior tried to silence these rebels.

Today, the likes of Dee Snider can be found going toe-to-toe with bemused current and former fans on Twitter who can’t quite reconcile his politics of 1985 with that of today.

Snider defended his values, in caps no less, in one of many rants in which he called Trump to a communist, despite the fact that the party he is pushing for election, the Democrats, have a lot more in common with socialist ethos than the Republicans do at this point in time.

Snider went on to tell Blabbermouth that he finds Donald Trump’s “buddying up” with Kim Jon-un as an insult to his father, who fought in the Korean war, which signals favour for sustaining risky geopolitical tensions over reconciliation.

He is in ‘great intellectual company’ at least, with former Skid Row singer, Sebastian Bach, jumping in to echo Snider with his own political rants. In this one, he seems to think that the Coronavirus was entirely the fault of Donald Trump, even though restaurants, sports and concerts are out of action in countries as far-flung as the United Kingdom and Australia.

As rock ‘n roll’s wise elder, Alice Cooper, told The Guardian two years ago, “when musicians are telling people who to vote for, I think that’s an abuse of power. You’re telling your fans not to think for themselves, just to think like you. Rock ‘n roll is about freedom and that’s not freedom”.

Now, to be clear, I was and am a fan of Snider and Bach’s music.

I don’t identify as left or right.

If anything, I lean left socially, and lean right fiscally.

Like most reasonable human beings, I don’t think Donald Trump is a good person, nor do I think he is someone to aspire to.

However, in a world full of people who want to simplify complex matters into all-or-nothing black and white buckets, I think we could all do with a little more gray and a little more reason in our lenses.

Snider appeared to be the voice of reason back in 1985, and so it is disappointing that he today comes across like a spoiled child who prefers to digitally scream in caps rather than make like the adult that he was in 1985 and put forward diligent argument.

Sadly, as with many of our heroes, when you give them free reign to say whatever they want on social media, it has a tendency to remove the mystique and reveal the overly simple world view that lurks within. And when people shout past each other — caps or no caps — then nobody is listening and we all lose.

Here’s a clip of Snider doing his thing, from a time when the left was about freedom of speech, and right was about suppressing it. Boy how the tables have turned.