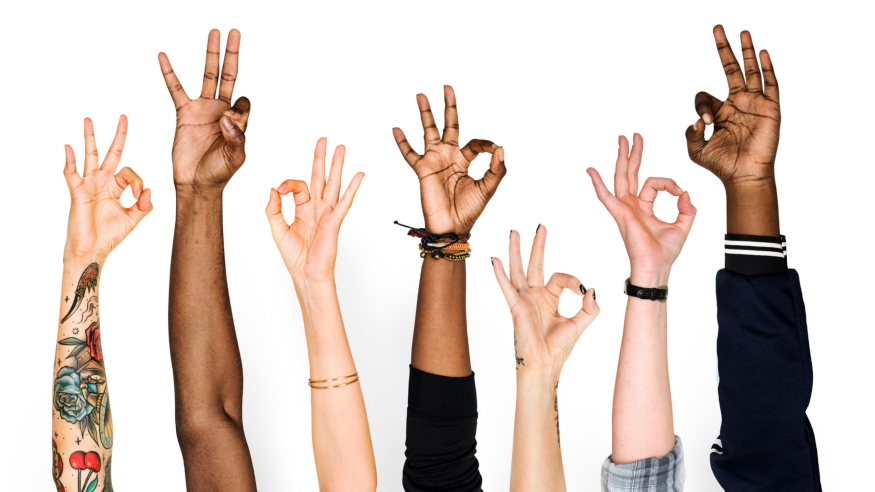 For most of the past 200,000 years, human beings have lived in nomadic hunter-gatherer families and tribes not larger than 100 people. It was only 10,000 years ago, with the emergence of agriculture, that human beings began to establish permanent domiciles and foster larger communities around fertile land.

This transition was accelerated by the Industrial Revolution of the 18th and 19th centuries when demand for jobs on factory room floors fanned the flames of urbanization. Having people concentrated in small areas helped to stimulate economic activity in the area, and with it, the emergence of the high-rise cities and apartment-block living.

Over the past two hundred years, the percentage of Americans living in urban areas rose from less than 10% to more than 80% — a trendline echoed in most developed nations.

Over a relatively short period of time, we went from interacting with no more than 100 people over the course of our lives to tens of thousands of people.

Suddenly, we found ourselves with more choice, more basis for comparison, and more material and psychological complexity in our lives.

But we weren’t done yet. The 20th Century brought about the advent of television, and with that, modern-day conceptions of love, beauty, status, and desirable lifestyles. Most recently, the rise of smartphones and social media have again increased the number of people we can observe by orders of magnitude — we can literally peer into the lives of billions of people from the comfort of our living rooms.

And with that so-called convenience, we are faced with more comparison and desire than ever before.

Comparison is the Thief of Joy

Former US President Teddy Roosevelt once posited that “comparison is the thief of joy”. Perhaps an unsurprising take when you consider that he was a student of the philosophy of Stoicism — with reason and focusing on what you can control at its core — and allegedly carried a copy of Epictetus’ Discourses wherever he went.

Stoicism holds a lot in common with Buddhism and eastern philosophy. Buddhism teaches us that ‘tanha’, or the attachment to desire, is the root of suffering, and that one can find enlightenment or peace by letting go of this attachment to desire — by accepting what is rather than what we’ve been led to believe ‘should be’.

Yet today, in a world where we might pass by hundreds if not thousands of people in a single day, and spend more than 2 hours a day on social media virtually passing by the perfectly curated profiles of people we have never met, we have more conceptions of what ‘should be’ than ever before, and unchecked attachment to these desires can leave us in a state of perpetual wanting and perpetual dissatisfaction with our lives — something the Buddha called duhkha.

Whether it’s wanting a better house, a faster car, a higher-paying job, more followers, or a bigger booty on us or our partner, we are forever wanting, and forever working towards satisfying those wants.

But the thing about attainment is that we are all susceptible to the arrival fallacy — the false belief that when we achieve a particular goal, we’ll finally become — and remain — happy.

Happiness, like sadness, tends to be fleeting, and we soon find ourselves resetting to our baseline — something psychologists call hedonic adaptation. This is the observed tendency of humans to quickly return to a relatively stable level of happiness despite major positive or negative events or life changes.

Studies have found that we each have a genetic predisposition to a happiness set point, responsible for about 50% of the differences in happiness from person to person.

As Indian teacher and author Jiddu Krishnamurti put it, “We all want to be famous people, and the moment we want to be something we are no longer free”.

But it doesn’t have to be this way.

The Paradox of Choice

While optionality might appear to be beneficial — and something many tech and business moguls optimize for, having options can be debilitating, and leave us feeling that the grass is always greener elsewhere.

If you live in New York City and walk by thousands of potential mates each day, it might give you a sense that perhaps your current relationship choice isn’t optimal. This, of course, is fraught with folly, because you are comparing grandiose projections about strangers who probably aren’t even available to you, with what are no doubt the supposedly negative aspects of your existing relationship, thanks to our innate negativity bias.

If you don’t live in New York City, you probably live in another metropolis, or you have access to apps like Tinder where you can swipe through the profiles of hundreds, if not thousands of potential mates each and every day.

As a result, many of us never truly go all-in on our major life choices — be it our partner, our job, our place of abode…you name it. Not going all-in becomes a self-fulfilling prophecy of sorts, as our choices suffer not because of their inherent attributes or quality, but because of our perceptions of and unhealthy behaviors towards them.

In his book, The Paradox of Choice, psychologist Barry Schwartz asserts that sure, while having no choices tends to be undesirable, having too many choices can render us paralysed by choice and never fully committing to a decision we’ve made because we might wonder whether we could have done better. This shows up in various aspects of life, whether it’s deciding what to eat at a Japanese restaurant, choosing which job offer to take, determining a place of abode, which product to buy, or which romantic partner to settle down with.

Schwartz puts forward the case that there are two types of people in the world — maximizers and satisficers.

Satisficers tend to settle for the good enough option whilst maximizers look for the best possible option. Schwartz says that while maximizers tend to make what on paper is the better decision more often, they are generally unhappier than satisficers because their decisions are usually laced with regret and grass is greener complex. Compare this with the satisficer who fully commits to a decision once it has been made, resulting in a generally more contented and happier existence.

What satisficers are ultimately doing here is letting go of attachment to desire — they are accepting their lot in life, and they are therefore at peace. And because they are at peace, they can go all-in and therefore reap the rewards of doing so.

The Power of Going All-In

As Bill Campbell — legendary coach to the likes of Steve Jobs, Eric Schmidt, and other Silicon Valley stalwarts put it, “You can make mistakes but you need to commit. You can’t have one foot in and one foot out, because if you aren’t fully committed then the people around you won’t be either. If you’re in, be in”.

This holds true in business, as much as it does in romantic relationships.

And while about 50% of our subjective happiness might be genetically predisposed, subsequent studies led by Ed Diener found that happiness, at least to some degree, can be influenced by our actions and especially, our attitudes.

This doesn’t mean hustling and working 14-hour days to get the hotter partner or the Ferrari — that won’t bring you lasting peace and contentment — it means letting go of attachment to desire, and accepting both yourself and others. It means focusing on what you can control, and especially focusing on how you choose to interpret and respond to external stimuli.

When you learn how to do this, you find peace, or at least — more of it.

And when you find peace, all of your interactions benefit. You think clearly. You show up as a more contented version of yourself. And you live more fully in the moment.

I’m not suggesting that we stop trying to contribute to the world around us, or work towards goals, but rather, that we focus on meaningful pursuits where we can enjoy and be truly present in the journey, rather than being beholden to empty desires that leave us no happier should we satisfy them.

As Daniel Kahneman and Angus Deaton found in their oft-quoted study, emotional well-being does indeed rise with income, but there is no further progress beyond an annual income of US$75,000. Beyond that what matters isn’t the material, but the immaterial — purposeful work, craft, community.

What will is the attainment of enough and the full acceptance of that reality. And when you stop and get off the hedonic treadmill for a minute and truly reflect, you will come to realize that most of us already have enough — you probably have enough.

As the old adage goes, you get out of life what you put into it — so if you’re in, be all in.