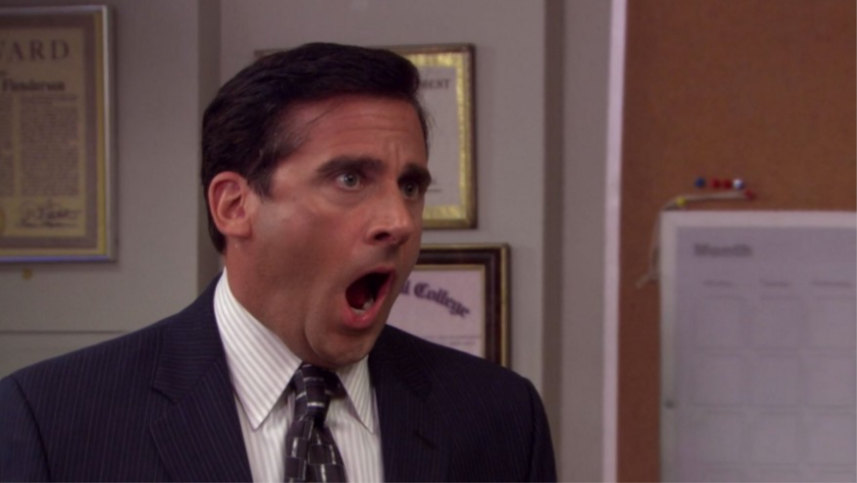 I’m paraphrasing the great Richard P Feynman — one of the most influential physicists and minds of the 20th Century.

Science isn’t about proving things true beyond any irrefutable doubt. It is about developing a less wrong or more right view of the world, based on what we know about it.

But there are usually far too many variables to control for, and far too many unknown variables, for us to know ‘for sure’ that something is absolutely true.

As Feynman puts it, you might observe a game of chess and figure out how the individual pieces move. A pawn moves only forward. A bishop moves diagonally. A rook moves horizontally and vertically. You think you’ve got this chess thing figured out! And then, seemingly out of nowhere, both the king and the rook are moved at the same time — effectively jumping over each other — and you realize that you‘ve got to update your understanding of the game.

That’s a little like our understanding of the world. We only know so much based on what we’ve observed in our relatively short modern post-Enlightenment history, and in a complex and befuddling world, we need to be wary of dogma and absolutist thinking. More often than not, absolutist thinking signals gross simplification, and discounts the significant role that nuance and gray areas play in our reality.

And absolutist thinking is signaled by absolute words. These words should serve as a red flag and should prompt you to check the claim, and consider exceptions to the so-called rule being presented.

So what are these absolutist words and some examples of oft-heard, but incorrect, absolutist statements?

While this might sound plausible on the surface of it, and while the overwhelming majority of NASCAR fans are indeed white, 9% are black.

All Trump supporters are white supremacists.

Not only did Trump earn 28% of the Latino vote and 8% of the Black vote in 2020, but white Trump supporters point to myriad reasons why they support him, including Republican Party allegiance, economic policies, straight-talking (not to be conflated with truth-saying) and concerns with modern-day woke ideology.

There will never be another plague.

Given the perennial nature of the world, it is almost impossible to predict such things, particularly things that are outside of our control. Prior to COVID-19, few of us anticipated that a flu would come along and decimate the global economy. Never say never.

“That’s impossible” is what the automotive and aerospace industries told Elon Musk before he successfully built Tesla and SpaceX. Impossible according to what timeframe, with whose brainpower, with what techniques, and how many resources? Most of our modern technology might have been construed as not only impossible but incomprehensible 200 years ago.

This was the prevailing belief amongst Europeans for most of modern history, until the 1700s when Dutch explorers discovered black swans off the coast of what is now Western Australia. This influenced author Nassim Taleb’s idea of ‘black swans’ and how we should expect the unexpected — a little like castling in chess.

In order to build your company, you must work with influencers.

Whilst some companies might benefit from influencer marketing, not all will. Traditionally large organizations in the mining and resources sector might be hard-pressed to find a material benefit to working with influencers. Not only that, but depending on your product, budget, and so on, you might reap more reward from pursuing alternative marketing strategies, be it SEO, email marketing, Google Adwords, Facebook Ads and so on.

Just because something works for one organization, it does not mean it will work for another.

Is it, really? Have we not made great strides forward in healthcare, education, sanitation, transportation, and so on since the 1900s? Do you not have food to put on your table (you’re reading this so if you don’t, then I suggest you get your priorities sorted). Do you not have a roof over your head? Do you not have access to clean, running water?

Everything is not f*cked — rather, this is a gross simplification shouted by neurotic types who typically have some kind of prevailing system-ending agenda.

More often than not, when people say they need something it’s really a want. Few things are needs, for as Roman philosopher and statesman, Seneca the Younger said, the proper limit to wealth is to have what is necessary and to have what is enough. Oftentimes, what people call needs are just things they think will make them happy, only to realize later — upon the acquisition of said thing — that the happiness was fleeting.

You’ll also hear people tell you that you ‘need to’ do this, or do that, but such pronouncements are based on their own life experience and conditioning, not yours. “You need to get married by 30”. “You need to start a business if you want true freedom”. “You need to move to the beach”. “You need to try bikram yoga”. You don’t need to do anything. You do you.

Other absolutes to look for include None, Every, All The TIme.

Finally, if you find yourself using these words in conversation or in your writing, stop yourself — because you’re probably inadvertently or otherwise telling a fib. If you value truth above sounding smart or being right, then you will leave room for nuance, and offer yourself a more true map with which to navigate the world.