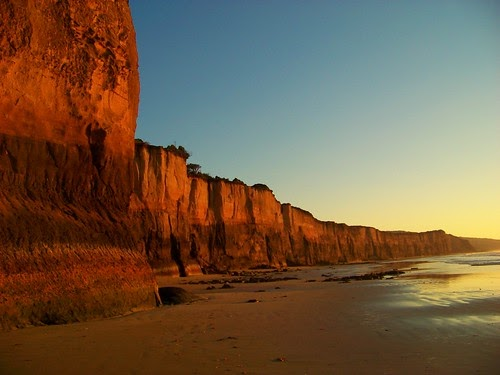 ‘F*ck you money’ is defined by UrbanDictionary as ‘the exact amount of money required in order to tell an individual or organization to go f*ck themselves without facing repercussions’. But most people take ‘fuck you money’ to mean extreme amounts of wealth - you know, yachts, private jets, penthouse apartments - and they never see themselves in a position of having such money.

And in today’s material world, people are forever seeking more.

A fatter salary. A nicer house. A faster car. A hotter girlfriend.

Thanks to our innate negativity bias, we’re predisposed to asking “what’s wrong with this picture?” or  “what could be better?”, and ”how is this person’s life better than mine?” (which social media’s intensely selective posting does a terrible job at answering, by the way).

As a result, we become hamsters on a wheel, forever running to close the subjective gap between our observation of what is and what should be.

Once I get that person, then I’ll be happy, we tell ourselves.

Once I get that promotion, then I’ll be happy.

Once I get that house, then I’ll be happy.

But such happiness is fleeting. Hedonic adaptation ensures that despite whatever major life changes we go through, we quickly return to a relatively stable level of happiness. Harvard psychologist, Tal Ben-Shahar, calls the arrival fallacy; “the illusion that once we make it, once we attain our goal or reach our destination, we will reach lasting happiness”.

The term ‘fuck you money’ originated in the film The Gambler, starring Mark Wahlberg and John Goodman. In it, Goodman, playing the role of a loan shark, tells Wahlberg, the gambler, that “You get up two-and-half million dollars, any asshole in the world knows what to do. You get a house with a 25-year roof, an indestructible economy shitbox car and you put the rest into the system at 3 to 5 percent and you pay your taxes. That’s your base. Get me? That’s your fortress of fucking solitude. That puts you, for the rest of your life, at a level of ‘Fuck You.’”

But as Goodman eludes to, most people don’t know when to stop. They are forever seeking more, and they’re blind to the diminishing returns.

“I need to know if you’ve got the brains to walk when it’s time to f*cking walk. People don’t. Ball players who can’t play anymore. Assholes trying to maintain a standard of living not possible anymore. A lot of those around”.

The law of diminishing returns is real, not only in our day-to-day pursuits, but more broadly in life.

As Daniel Kahneman and Angus Deaton found in an oft-quoted study, emotional well-being rises with income, but there is no further progress beyond an annual income of US$75,000. Low income, one the other hand, exacerbates the emotional pain associated with such misfortunes as divorce, ill health, and being alone.

Jordan Belfort, former stockbroker and felon immortalized in The Wolf of Wall Street, definitely didn’t heed these teachings. Rather than espouse the US$75,000 a year theory, Belfort urged his traders to take out loans to buy that Ferrari and buy that Tribeca apartment. This was not because he cared about the emotional wellbeing of his staff. It was so that they would become slaves to the loans, the lifestyle and the money that only he could offer them at his brokerage. As a result, they would continue to turn up day after day, and hustle their heart out not only to maintain their decadent lifestyles, but also, to maintain his. They became his slaves.

And so it is with so many of us today.

As a result of our flawed quest for more, we work longer hours, we indebt ourselves to larger loans, and we invest significant amounts of energy trying to cultivate a ‘perfect’ self image, usually at the expense of our health, our personal relationships, our experience of life, and our emotional and physical freedom.

But it doesn’t have to be this way.

We don’t need the above-mentioned extreme wealth to have ‘fuck you money’.

We just need to define and have what is ‘enough’.

Two thousand years ago, Roman philosopher and senator Seneca the Younger wrote that the proper limit of wealth is “first, to have what is necessary, and second, to have what is enough”. He also declared that “It is not the man who has too little, but the man who craves more, that is poor”.

And this is something that we can all relate to.

Is the high-profile lawyer working 80-hour weeks doing a job that they hate in order to service their debts and maintain their lifestyle, really rich?

Or is the freelancer working 25-hours a week doing what they love so they have enough to cover living expenses and invest a little for the future, while spending the rest of the time with friends, surfing and exploring the world, the rich one?

This self-knowledge is something many of us have never cultivated.

We were taught to study hard, to get a high-paying and secure job, to climb the corporate ladder - more, more, more - but we rarely stopped to ask why, and whether it’s what we want.

We’ve been conditioned to think and act a certain way.

As iconic Indian speaker and teacher, Viddu Krishnamurti put it, it is this societal conditioning that finds us at odds and in conflict with the world, and if we determine what we truly want, learn how to uncondition ourselves from the ideas that aren’t true to that, and live accordingly, we can find peace.

Recently, after a 7-month lockdown in Melbourne, I found myself walking along limestone cliffs in the coastal town of Anglesea. Some recent life changes had forced me to take a day off work and reflect. Having spent the better part of the past eight years ‘hustling’ - for lack of a better word, I came to the liberating realisation that I had enough.

I came to the realisation that I had generated enough net wealth, and that my business was generating enough income - income that I wouldn’t need to work five days a week, or eight hour days to sustain. I came to the realisation that I didn’t need to keep growing my business ad infinitum. I came to realise that my emotional wellbeing improved, not when my company’s top-line revenue increases, but when I created enough so that I had the freedom to say no to work, and instead find myself walking along limestone cliffs.

Many people reading this might already have gone beyond the US$75,000 annual salary, but the problem is that they work in a traditional organization, bound to the 9 to 5, bound to physical face-to-face meetings or Zoom calls. They have the money to buy them freedom, but are physically tied to a job.

If you’re working for an organization that optimizes for freedom and focuses on outcomes rather than hours, then congratulations. If you don’t, you’re in the majority, and so you either need to find an organization that supports a lifestyle that isn’t in conflict with your ideal, or start one.

I’ll make a bold claim. Earning US$75,000 across an entire year as an entrepreneur is not difficult - especially not if you’re a B2B entrepreneur selling consulting services to large cashed-up corporations who might spend that amount on a single engagement. The cost to start is low. The cost to serve is low. Anybody with unique domain expertise, or even not-so-unique domain expertise, can do it - providing you know more than the person you’re doing it for. This is just one of many paths available to you, but like any path, it requires that you overcome that fear of being in conflict with social conditioning - at least for a while - and pursue a life lived on your terms.

Freedom is living life on your terms, not anybody else's.

Incidentally, not living life on our own terms just so happens to be one of the top five regrets of the dying that Bronnie Ware, a former palliative care nurse, wrote about in her book of the same name.

As Mark Twain once posited, whenever you find yourself on the side of the majority, stop and reflect.

Define what is enough for you, not to satisfy society’s expectations of you.

Get what is enough - extends to both material and immaterial pursuits.