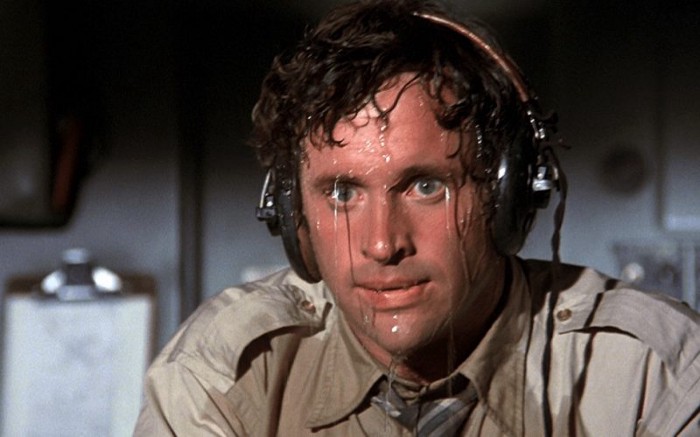 Some like it hot and some sweat when the heat is on.

These words, immortalized by The Power Station’s 1985 hit, Some Like It Hot, had some scientific credence.

While men and women share an internal body temperature of 37 degrees Celsius (98.6 degrees Fahrenheit), men run hotter than women because they typically have more muscle mass which generates heat by way of extra calorie consumption. As such, males tend to prefer cooler environments — this is true for both sleep and work.

More recently, a study published in PLOS One observed almost 550 German college students and concluded that women performed better than men in warmer temperatures when it comes to math and verbal tasks.

As the charts below clearly demonstrate, men performed better in colder rooms, performance skewing downwards as temperature increased, with the opposite effect holding true for women.

The U.S. Occupational Safety and Health Administration (OSHA) recommends that employers keep the thermostat between 68 degrees Fahrenheit (20C) and 76 Fahrenheit (24C), however, the PLOS One study found that men prefer the temperature under 70 Fahrenheit.

In my case, I find 64 degrees Fahrenheit (18C) optimal for both working and sleeping.

Your optimal temperature is likely to be unique to you, and can only be discovered by tweaking the AC, which in a world of ever-increasing remote work, is something you now have control over.

As I write this, Melbourne is gripped in a three-week-long heatwave, with temperatures soaring into the 90s (30s Celsius) for days on end, bringing the resting room temperatures of households across the city up with it to what can only be described as warm, stuffy, and intolerable.

Even for women, a resting room temperature of over 30 degrees Celsius or 90 degrees Fahrenheit is too warm.

And with more of us working from home than ever, the conversation is shifting towards optimizing our household temperature for work.

However, only two in three Australian households use air-con, and the lack of air-con can pose a significant problem when it comes to the cognitive capacities of people to do their best work.

With that being said, do employers — who are confronted with cost savings by decreasing their office footprint — owe it to their employees, and perhaps themselves, to cover the cost of domestic AC unit installation, maintenance, and running costs — or at least a portion of it?

I personally think that employers should consider redistributing some of the cost savings to employees, in order to optimize their home working environments and get the best out of themselves.

After all, doing so should serve to increase the performance of the organization.

What do you think?