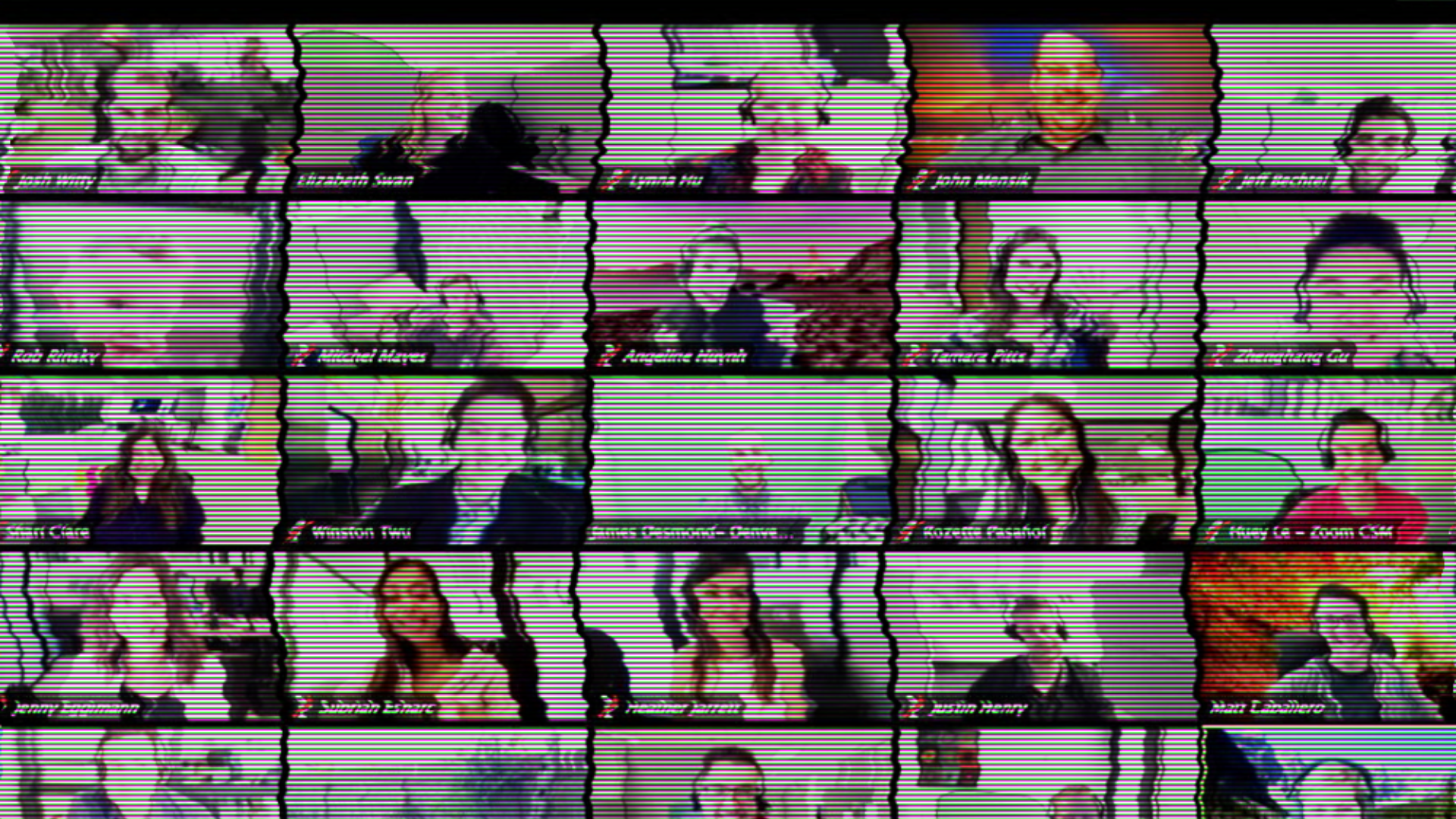 One such video wound up in a Whatsapp group I’m a member of, and once it became apparent what I was looking at, I turned my gaze to the reactions of said masturbator’s colleagues. Naturally, reactions ranged from shocked and bemused, to fits of uncontrollable laughter.

I also found myself laughing, not just because of the accidental public display of self-gratification, but because there were 24 other people on the call.

This man’s life was no doubt turned upside down because of a meeting that probably didn’t need to happen. In most but the rarest cases, a 25-person Zoom call or face-to-face meeting is usually an expensive waste of time.

The Folly of Large Meetings

As Paul Axtell wrote for Harvard Business Review, when you have more than eight people at a meeting:

Not only that, but a 25-person one-hour-long meeting is a 25-hour meeting in terms of the cost to the company.

Such meetings are likely to fall victim to groupthink, and the highest-paid person or most dominant person’s opinion, at the expense of the optimal decision.

It’s unlikely that every person at the meeting is equally, or even partly invested in the topic at hand.

As a result, and most critically, the majority of people — already suffering from meeting and Zoom fatigue — are likely to be present only in word and not deed.

Most internal meetings tend to fall in either one of two buckets; decision-making or information-transfer.

As I wrote for Harvard Business Review, most decisions don’t require meetings, let alone meetings with 25 people present (which actually makes it almost impossible to decide or come to an optimal decision).

While organizations are small, decisions tend to get made quickly. But as headcount and revenue grow, trust evaporates and there is more to lose, so a risk-averse culture emerges that begins to treat all decisions as make-or-break.

We seek consensus and outsource accountability, instead of making decisions with conviction. This not only destroys innovation but also destroys employee morale and results in workplace stress — something that is tied to autonomy, control, and fast feedback loops. It’s no wonder that 85% of people are either not engaged or actively disengaged at work.

Amazon’s Jeff Bezos delineates between what he calls Type 1 and Type 2 decisions.

Type 1 decisions are big, hairy, irreversible, and high-stakes. Type 2 decisions are reversible. If you screw up, you can make amends without too much, if any, harm having been caused.

Most of our decisions are Type 2 decisions, and they should be made quickly. The fewer decisions that are treated as Type 1 decisions, the less time we spend in meetings, and the more time we empower our people to get sh*t done.

Unless we’re communicating a significant shift in our organization’s strategy, or something almost existential to the firm, most forms of information transfer don’t require a meeting — they can be communicated through email, Slack, Teams, or a company intranet.

An over-reliance on meetings to communicate information comes at the expense of people’s time — something that is already at a premium what with the default response to “how are you?” today being “busy, crazy busy!” — and at the expense of building a culture of asynchronous communication.

The reality is that most things don’t require an immediate response. For most things, a one-way email or instant message should do the job, with the recipient responding when it suits them. Aside from the obvious and massive benefit of giving knowledge workers time for focus and to spend more time in the flow state, asynchronous communication predisposes people to making better decisions by increasing the time between stimulus and response. The better the decisions of our people, the better off our companies are in the long term.

Other benefits of asynchronous communication include being able to hire across different time-zones and accessing the global talent pool — something that is more relevant now than ever before.

Anything short of this is not only a waste of valuable employee time, but speaks to a toxic consensus-seeking, hyper-responsive, and hyper-distracted company culture — one that’s unlikely to steer the company forward in a 21st Century that is increasingly calling for autonomy, speed, and asynchronous communication.