Forget What’s Trending and Write For You 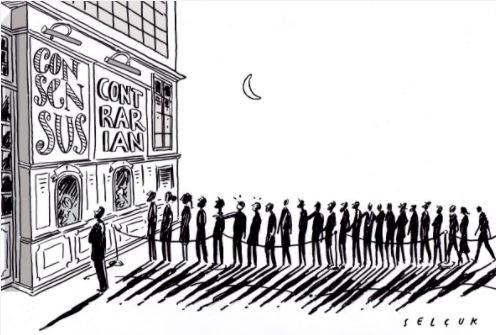 You should write about what’s trending.”

My publicist beckoned me to write for the masses, to hijack whatever topic was popular at the time, and write derivative pieces about it.

While there is no doubt truth and relevance to her argument — especially if the purpose of our work is to generate awareness for my book, as a writer, writing about whatever the hell I want to write about is a form of therapy, it’s rewarding and it fuels my desire to keep writing and gradually improve over time.

Oftentimes, your best work comes not from writing or creating for a specific audience, but from taking risks and doing something fundamentally different.

To create is to bring something new into existence, so it’s hardly apt to call what you’re doing ‘creating’ if you’re essentially parroting what everyone else is saying or doing — albeit by adding some nuance of your own.

Not only that, but once we start creating for an audience, our work can start to feel more like a job, and when it feels like a job, not only do our creative neural pathways become compromised, but more dangerously, our appetite for something that brought us great joy can begin to wear thin as well due to the negative associations.

Recently, I started working on a brand new podcast with legendary music journalist, Mick Wall, for NoFilter media. Wall has worked in the music industry since 1976. Wall has worked for the likes of Kerrang!, Rolling Stone, Playboy, Mojo and Classic Rock magazine, touring with everyone from Led Zeppelin to Guns n Roses along the way. He has since penned more than 35 books.

During one of our early conversations, I asked Wall about his audience’s demographics. I was keen to understand whether there was an overwhelmingly male audience, what the typical age range of his readers was, and where they lived.

His answer was simple.

He went on to say that he prefers to be contrarian and write what he thinks is best, as opposed to writing for some tightly defined customer segment.

And it has worked for him.

His books, such as When Giants Walked the Earth, Enter Night, Hell Ain’t a Bad Place To Be, Symptom of the Universe, and Love Becomes a Funeral Pyre, about Zeppelin, Metallica, AC/DC, Black Sabbath and The Doors respectively, are critically acclaimed bestsellers.

Early proof of the appeal of his contrarian thinking could be found in a reader poll in the iconic Sounds magazine, where Wall kicked off his career.

“You can either release the same album every time to appease your fans, or take risks and do something truly great”.

There’s nothing wrong with doing the latter said Wall, but the greats like David Bowie didn’t make a name on churning out the same thing all the time. They made a name for themselves by taking risks and through radically transforming their look and sound over and over, but in an authentic way that was true to the artist, as opposed to changing trends.

Wall is so contrarian that he even went as far as giving Metallica’s Lulu album, a collaboration with Lou Reed, 10 out of 10 for Classic Rock magazine — despite the album being widely derided by metal fans the world over as a monumental piece of crap. But Wall had a different take.

“I grew up listening to a lot more Lou Reed than Metallica, and I thought it was great”.

Nowadays, whether you’re a writer, a musician, or a startup entrepreneur, the internet is flush with conventional ‘wisdom’ urging us to seek out trends and specific customer segments, needs or tastes, and cater to that.

But in doing so, are we just resigning ourselves to mediocre work and an unrewarding existence?

Is it not better to fail at being ourselves, rather than succeed at pretending to be someone else?