You Can Excel at More Than One Thing: 4 Ways to Become a Polymath 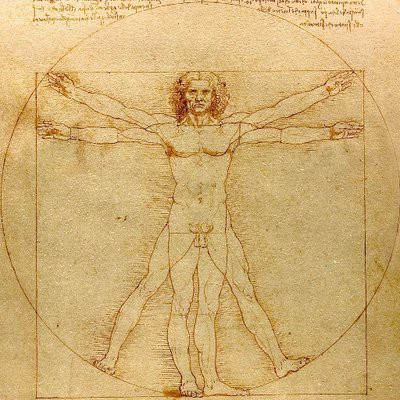 We hear it all the time.

Or how about this from Mr Jeet Kune Do himself, Bruce Lee — “the successful warrior is the average man-with laser like focus”.

But just because a motivational quote sounds logical, rhymes, or comes from an authoritative person, it doesn’t make it 100% true.

We should always look at the counter-factual if we are to navigate the world with a truer map.

There are countless examples of people who excel at more than one thing.

Leonardo Da Vinci is arguably one of the most widely recognised polymaths of all time. He was influential as not just an artist and sculptor, but also as a scientist, engineer and inventor.

Variety, the Spice of Life?

If everything was the same all the time, it would be boring (at least for most of us).

I once wrote that one of 10 ways to maintain your enthusiasm for anything is to incorporate variety into your life. I am the founder of two companies, have just written my second published book for Wiley, wrote my first kids picture book this year, contribute to Harvard Business Review, host a 300-episode strong podcast, and when I’m not ‘working’, I’m surfing or skateboarding. It keeps things fresh, and keeps life interesting.

4 Ways to Become a Polymath

By developing a laser-like focus on the high-value inputs, we can get much further, much faster, than if we spent our time on insecurity work (like email, research and admin) instead of on the difficult but worthwhile tasks.

I previously mentioned Joe Rogan. If you observe what he does, there is alignment across all of his tasks. Everything he does requires a clear command of the spoken word (comedy, commentating, podcast host) and of the martial arts and fitness world (Brasilian Jiu Jitsu, commentating).

He speaks with all sorts of people on his show, which not only gives him a greater world view, but also provides material to feed into his comedy.

The average person spends about 4 hours a day staring at their smartphone, yet has no time to start that business, hit the gym or read a book.

By knowing how you’re currently spending your time and diverting your attention to #1, you will find yourself developing across all sorts of areas.

Nowadays, you can get all sorts of rudimentary, repetitive tasks automated and/or outsourced for not much moolah. Doing so will free you up even further to focus only on #1. Check out Zapier, IFTTT, Get Magic and Upwork for all kinds of automation and outsourcing options.

If you value your time at more than $10 an hour, then doing this should be a no brainer.

A major byproduct of having interests and excelling across multiple disciplines is that it make you a better problem solver. It means connecting the dots in a way that allows you to see what others can’t.

Hypothetically speaking, if I have interests across technology, sports and fashion, I might identify an opportunity for a wearable technology that track and field athletes can use to determine when their body is at peak state, and use the learnings from the data to get them into this state in time for competition days.

If I only had interest across technology, then I mightn’t see such applications.

The next time somebody tells you to ‘focus on just one thing’, ask them to hit a tennis ball against a wall for the next 2 hours and see how long they last.