Why I Surf: Ditching the #Hustle for the Waves 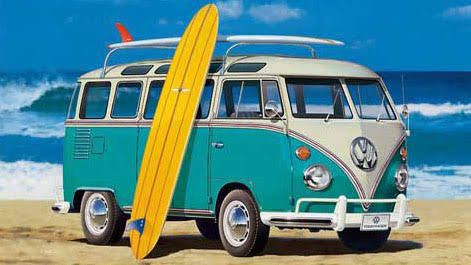 or most of humanity’s two hundred thousand years of existence on this planet, we were hunter-gatherers.

Our days consisted of hunting animals, foraging for food, and trying not to get eaten ourselves.

Central to the hunter-gatherer survival strategy was mobility, roaming areas of land between seven and 500 square miles. Our tribes, which ranged in size from an extended family to a band of 100 people, were also key to success.

But 12,000 years ago, nascent agricultural practices forced us to begin establishing permanent settlements. The nature of one’s day though still consisted of movement in nature.

The Evolution of Work

Fast forward 11,700 years and the industrial revolution brought with it a shift away from agriculture, thanks to steam, iron, and water. Over the next one hundred and fifty years, through to World War I, it, along with revolutionary agricultural practices, would progressively transplant people from fields into the factories.

There was still lots of movement, but it was indoors, with sixteen-hour days and six-day weeks the norm for most industrial workers of the time.

Over the course of the twentieth Century, work became less algorithmic, and more heuristic — it required more critical thinking. This, along with the technological revolution, ushered in a new way of working — one that sees 86 percent of today’s Americans sitting all day for their jobs.

Not only that, but we spend that time staring at screens, with the average person spending 11 hours doing just that; two thirds of our waking hours!

Nowadays, most people are neither moving, nor spending time in nature.

And it’s making us sick.

Dying for a Paycheck

Approximately 120,000 deaths a year and roughly 5% to 8% of annual health care costs may be attributable to how US companies manage their workforces.

We are also lonelier than ever.

Today, our tribes consist of people we communicate with through Whatsapp groups, social media, and shallow, water-cooler conversations in the office.

Paradoxically, we’re more connected than ever, yet surveys are finding that we’re lonelier than ever too. We’re not creating meaningful relationships. As Cal Newport noted in Digital Minimalism, we evolved for face-to-face communication, not binary ones and zeros sent over fiver-optic cables.

It’s easier to cut ourselves off from the world than it was before, but it too, like our hours of sedentary work, comes with a heavy price. One 2010 study found that loneliness could be just as bad as smoking 15 cigarettes a day.

Urbanisation too, paradoxically brought us closer together, yet further apart.

There are 175,000 people per square mile in Manhattan, yet most people don’t know their neighbour’s name, nor do they make the effort to, preferring to shut themselves off from the world and instead binge the latest season of Stranger Things.

For a long time, I embodied the chest-beating #hustle mindset, and 5am wake-up calls, that much business and startup media would have us believe is the key to success.

About 18 months ago though, I visited Bali for a friend’s bachelor party.

Upon flicking through a local tour pamphlet, I came across surfing lessons.

“Let’s try surfing”, I proposed to the group.

Many snickered and decided to retreat into the comfort-laden surrounds of a Thai massage studio, but three hands went up, including that of the ‘buck’, and so off we went to Double Six Beach, near Seminyak, to try our hand at surfing.

Mind you, we were all in our mid-30s at the time, and having grown up in Melbourne’s working class western suburbs, children of Eastern European migrants, we knew our way around a soccer field, but didn’t know a swell from a shakka.

The day was fun, and while the repeated falling over tested my ego and patience, the few times I managed to stand up in the two hour session were worth the perceived humiliation (it was all in my head).

Upon returning to Melbourne, I didn’t think much of it.

Eight months later though, and a week before Christmas, I was walking up to my house after a day in the office when I noticed a gargantuan cardboard box leaning on my door. I thought that it may have been been sent to the wrong address, until I inspected the box…

My girlfriend decided to surprise me with a 7'5” softboard.

Not one to shy away from learning difficult things, and throwing myself into the proverbial deep end, I found myself spending the summer making the 75 minute drive to and fro Barwon Heads, where the closest surf breaks to Melbourne are on offer.

Despite hating wasting away on long drives, and despite spending much of that summer ‘eating shit’ (that’s wiping out terribly in surfer-speak), I kept going back, even throughout the cold winter, where water temperatures would hit 13 degrees celsius (55 fahrenheit).

Surfing is one of the ultimate ways to strengthen your relationship with adversity, which is something we need to do if we are to achieve great things. It is one of the most difficult sports you can pick up, and requires you to check your ego at the door, be comfortable with wiping out, and looking like a kook.

Kook: A surfer who has an exaggerated perception of his/her surf skills. His/her lack of surf knowledge, especially concerning surf ethics, usually interferes with other surfer’s fun in the water.

Whether it’s Crossfit, powerlifting, bikram yoga, martial arts, Spartan Races, hiking, or just pounding the pavement — I’ve tried it all. Surfing tested me though. It required me to work on my swimming, my breathing, my core strength, coordination and flexibility.

I thought I was fit, until I found myself feeling gassed after a 45 minute session.

On the plus side, movement — not necessarily a gym session — has been shown to decrease anxiety and ward off depression, memory loss and more.

Our caveman brains recognise movement as a moment of stress and thinks we’re fighting an enemy or fleeing. As a result, it releases BDNF (brain-derived neurotrophic factor) which acts as a reset switch, and leaves us feeling happier.

Forest bathing and earthing are gaining traction in wellness circles nowadays, but nothing connects you with nature like being out in the freezing cold waters of the ocean in the middle of winter, with your feet planted on the sand.

Not only that, but it also offers the benefit of salt therapy — without the price of a float tank.

There’s also something to be said about the somewhat spiritual feeling one gets from heading out for a surf as the sun comes up (#dawnpatrol), or as it sets in the evening.

Unlike the NYC apartment dwellers who prefer to scroll through Instagram for the umpteenth time that day, instead of speak to the person next to them in the elevator, paddling out past the break to take your position in the line up often means conversations with strangers. I’ve met numerous characters out in the line-up, and incidentally, they all seem super content with their lot in life — I think surfing might have something to do with that.

I’ve also started to lure friends and family into the fold. Upon taking my then 14 year old nephew out for his first surf, he left me this message in the sand (‘vujce’ is Macedonian for uncle).

The combination of movement, nature, community and salt, does something for one’s spirit. Whenever I paddle out into the water with things on my mind, I emerge a different beast, one whose anxieties have been washed away by the waves. Instead of popping antidepressants to level us out, we could earn a great deal more contentment just by moving a little more.

When I observe and speak with guys in their fifties, sixties, and even seventies, who have a youthful disposition, appear emotionally grounded and are in good shape, what binds them is movement and youthful pursuits. They participate in triathlons. They surf. They rock climb. They do cool shit.

While I’m several years off 40, I’ve never felt younger or more adventurous than I am now at 36 — having learned how to skateboard, ride a motorcycle and surf, all in the last few years. I even gave standup comedy a shot!

Surfing Prepares You for Life

As Ancient Roman philosopher king, Marcus Aurelius, put it, “today I shall be meeting with interference, ingratitude, insolence, disloyalty, ill-will, and selfishness…but none of those things can injure me”.

When a surfer wipes out , they too have the option to get annoyed, or as Aurelius suggested, develop a thick skin — which prepares us for the inevitable wipe-outs of life.

In addition, when a surfer is paddling out and faces a torrent of whitewater (a broken wave) coming their way, they have three options — try and paddle over it — not practical if it’s a large wave — perform a turtle roll, or, duck dive. The duck dive is a manoeuvre that has you going under the oncoming whitewater, but coming out the other side with more momentum than before.

In life you often need to suffer, before coming out the other side a stronger, faster, better version of yourself. You often need to ‘eat shit’ if you want to reach your goals.

And this is why I surf.

It makes me a better version of myself, one that, like our hunter-gatherer ancestors, spends a lot more time moving in nature, and connecting — eye to eye — with other human beings, in what can arguably be described, as one of their rawest forms — free from the bullshit games of the world proper — free to be ourselves.

Nowadays, my work philosophy embodies and encourages movement and less time in front of our screens; we rarely work longer than six hour days — something I wrote about for HBR — and it hasn’t affected our performance one bit.

In fact, having more time to surf, and do whatever it is that reconnects us with our humanity, helps us perform at an even higher level and has seen our revenue per person double in the past year.

And not only that, but I’m slowly but surely becoming a better surfer too…I can even ride green water now! 🤙