How to Liberate Your Mental Real Estate 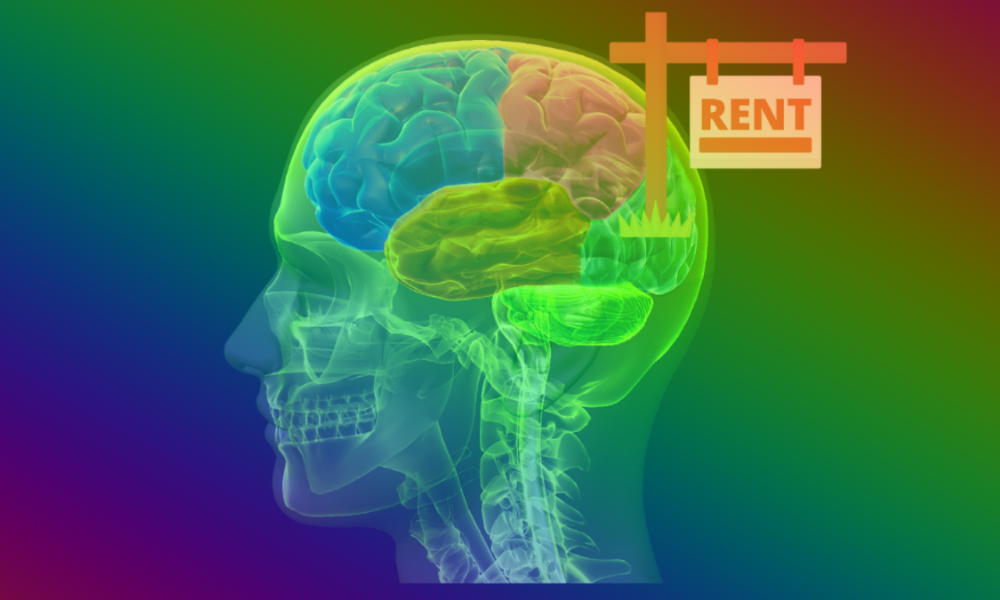 Roman statesman and philosopher, Seneca the Younger, once wrote that ““People are frugal in guarding their personal property; but as soon as it comes to squandering time they are most wasteful of the one thing in which it is right to be stingy.”

He was only half right.

We might be frugal in guarding our financial assets and tangible property, but not so when it comes to our mental real estate - our mindshare.‍

The Squatters of Our Minds‍

Several years ago, I had the unfortunate experience of dealing with squatters who had taken up residence at an investment property of mine. The law in Australia dictated that I couldn’t forcibly remove the squatters, nor could the Police. The balance of power rested with the squatters (despite the fact that I was the one servicing the mortgage), and so, to retain access and control over my property, I had to lodge an application with my local civil administrative tribunal. Several months of forfeited rent, headaches and sleepless nights later, the squatters were served with an eviction notice by the State and were promptly removed from the property.

We wouldn’t willingly invite squatters into our homes, and we’d do everything in our power to remove them, but when it comes to our mindshare we ultimately let them live rent free, use the living room as a trash can, and give the place a distinct smell of Acapulco Gold - a strain of marijuana.

Adam Grant once posited that  “unclear writing is a sign of unclear thinking”.

Unclear decision making, too, is a sign of unclear thinking.

As John Maxwell put it, “it is our decisions not our conditions that determine our quality of life”, and these decisions extend to business, investment, and relationship decisions. As such, if we value the quality of our lives, then we should be doing whatever we can to issue our mental squatters with orders to vacate.

To do that, we must first identify the root causes. Fortunately, these are quite common and pervasive.‍

As human beings, we are all predisposed to the monkey mind - the incessant chatter of involuntary thoughts coming and going, all day long. We’re effectively a byproduct of evolution, upbringing, and prior experiences, and as a result, we only have so much free will and agency over our decisions. But there are things we can do to calm the mind and give us a sense of clarity and greater ownership over our decisions. ‍

Action: Meditation and/or breathwork, as well as mindfulness strategies can help us to temporarily silence said monkeys, liberate mindshare, and make better decisions from a place of calm and clarity. ‍

Action: Read 9 ways to get a good night’s rest.
‍

If you’re suffering from relationship problems - be it romantic, family, friends or colleagues - then chances are you find yourself walking around constantly thinking about these relationships, role playing all sorts of permutations of conversations and eventualities in your head, as well as replaying past conflicts. You’re suffering physically, and by virtue of your mind being occupied with these thoughts, you’re not allocating much quality mindshare to other things.‍

Action: The best way to get out of a hole is to stop digging, and most relationship problems persist because one or more parties refuse to face and resolve said problems. As I like to say, it’s only a problem if you’ve done everything you can to solve it and it persists. Otherwise it’s an opportunity for improvement. Start having conversations, and ultimately one or more of four things need to happen - they change, you change, circumstances change, or you get out of each other’s lives.
‍

As famed management thinker, Peter Drucker, put it, “productivity is what you don’t do”. A couple of years ago, I decided to try my hand at standup comedy - more for the learning experience, and the getting out of my comfort zone than anything else. But a few weeks into the experience, I found myself walking around and seeing material everywhere, and if I wasn’t seeing material I would be thinking through different permutations of setups and punchlines in my head.

It was occupying much of my mindshare, and as someone whose main goal in life at the time was to further my business and my writing career, allocating a disproportionate amount of energy to writing jokes wasn’t something I could continue to justify.  I performed five gigs, got several laughs, and called time on my standup journey.‍

Action: Reflect on what your goals are and what will get you there. Are you allocating too much mindshare to things that aren’t aligned with your goals? Are these things ultimately serving you or hindering you? If hindering, then it’s time to make some changes. ‍

Many of us pay more attention to the kind of fuel we’re putting into our vehicles rather than our bodies. Just as cheaper fuel can have a deleterious long-term effect on your vehicle’s performance, so too can cheap food - but the effects are almost immediate; the sugar crash is a great example of this.

There’s little point exercising each day if you’re just going to stuff your face with simple carbs such as sugars and starch, food prepared in toxic vegetable oils, and packaged goods that list more chemicals than natural ingredients on their label.‍

Action: If we want clear thinking, then slow-release carbs (see below), good fats, and clean proteins are the best source of nutrition. Not only that, but given that our guts are effectively our second brain, fermented foods (such as yoghurt or kimchi) can also help us restore healthy gut bacteria mix, which in turn helps us make better decisions.

a few hours more — at least, that’s what life looks like for a disturbingly large percentage of today’s population.

But this sedentary lifestyle ultimately leaves us feeling sluggish, and susceptible to anxiety, depression and memory loss.‍

Action: Get moving. When you move, your caveman brain recognises movement as a moment of stress. It thinks you’re fighting an enemy, or fleeing, and as such, it releases BDNF (brain-derived neurotrophic factor). This ultimately acts as a reset switch, which is why we feel happier after exercising or going for a walk. You don’t necessarily need to smash yourself in the gym. The key is to incorporate more movement into your entire day: go for a lunchtime walk, take the stairs, have more walking or standing-up meetings, walk to the train station or park a little further from the office than you normally do.

Preferably, get moving outside. Exposure to sunlight elevates mood by boosting serotonin levels in our body, which makes us perform better when we get down to work. ‍

Like relationship problems, or any problems, when we start taking action and give ourselves a sense of control, we tend to stop referencing shortcomings as problems and as progressing journeys that we’re on. ‍

Action: If you’re struggling with financial challenges, identify the root causes, delineate between what you can control and what you can’t, and focus on the former.

For more on this, check out my conversation with WeMoney’s Dan Jovevski on the Future Squared podcast. ‍

Workplace stress is typically a byproduct of excessive workload, lack of control and difficult relationships. According to Jeffrey Pfeffer, 5-8 percent of US healthcare costs and over 120,000 deaths a year are attributable to workplace stress. ‍

Action: In all of these instances we have the ability to influence our reality by having conversations with the powers that be. In this case, either circumstances change to suit our preferred workstyle, or we change our circumstances by seeking a different place of employment. Ultimately, there must be values alignment between the organization’s culture and our own values, otherwise we will suffer. Similarly, if you work for yourself, and you’re finding your workload excessive and out of control, then it pays to spend some time prioritizing high value activities, automating and outsourcing rudimentary step-by-step tasks, and eliminating waste. ‍

For more on this, check out my Harvard Business Review article on Productivity Tips. ‍

‍As Tony Robbins says, energy flows where attention goes. And by vacating the squatters of your mind - or at least locking them up in the basement for a few hours of the day - you can invest more of your best mental energy where it matters most.