How Direct Sunlight Exposure Improves Your Focus, Mood, and Creativity 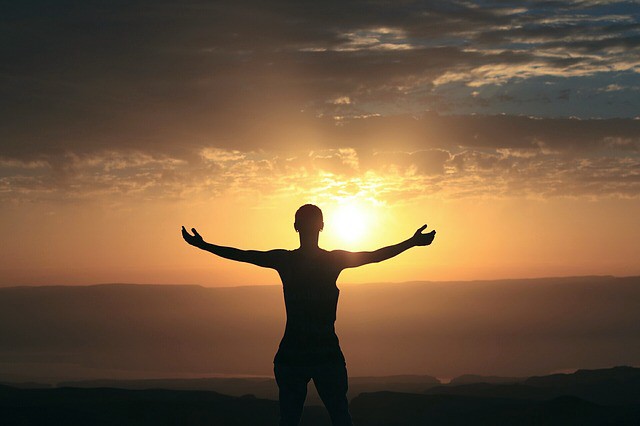 The shift to remote work has left us divided. Some of us want to remain remote forever, others can’t wait to get back to the office, and some are calling for a hybrid model. There are pros and cons of each, but one downside of working from home has consistently been overlooked — morning sunlight.

For millions of people around the world, their daily commute has been reduced to a short stroll from the bedroom to the study (or the kitchen table). While convenient, this can come at a significant cost to our mood, sleep, and focus.

The Benefits of Direct Sunlight Exposure

Sunlight has long been vilified for the deleterious effects of over-exposure, and while we must indeed be sun-smart, the WHO found that ultraviolet rays (UVR) account for only 0.1% of the total global burden of disease.

Direct-sunlight exposure (as opposed to indirect sunlight exposure through a window) plays a number of critical and foundational roles when it comes to optimizing our health and mental performance.

These benefits extend to:

Vitamin-D deficiency has become recognized as an epidemic, and despite living in a sun-drenched country with a happy-go-lucky beach culture, one quarter of my fellow Australians are Vitamin-D deficient.

The stats are even more concerning in the United States, where an estimated 41 percent of adults are deficient, extending to 63 percent of Hispanic people and 82 percent of Black people.

Interestingly, 80% of COVID-19 patients assessed as part of a respected study were found to be Vitamin-D deficient. The researchers concluded that Vitamin-D deficiency led to a 1.77 times greater risk of testing positive for COVID-19.

Boost your Vitamin D with a supplement, or a Vitamin-D lamp (below).

A 2008 study found that ultraviolet rays (UVR) increases the body’s production of endorphins, a natural opiate that relieves stress, pain, and can produce a feeling of euphoria also known as the ‘runner’s high’ — that buzz you get after running a few k‘s.

Light has also been found to modulate serotonin, which is involved in mood regulation. This is one reason why light therapy has gained prominence in recent decades as an intervention for treating mood and psychiatric disorders.

Brain-derived neurotrophic factor (BDNF) is a key molecule involved in learning, memory, and alertness, among other important functions. A 2012 study found that BDNF concentrations in participants profoundly varied over the course of the year, and that there was a significant positive correlation between ambient sunlight exposure and BDNF concentration.

Finally, a large cohort study found an association between decreased exposure to sunlight and increased probability of cognitive impairment for people with symptoms of depression. This study built on the work of Leonard and Myint (2006) who argued that a lack of environmental illumination and other stresses might lead to altered serotonin levels, neurodegeneration, depression, cognitive deficits, and ultimately dementia.

This brings us to the next point.

A 2016 study that looked at the impact of natural elements such as sunlight on workers, found that natural elements were associated with decreased levels of diastolic blood pressure, depression, and anxiety, and increased attentional capacity.

The study found that the job satisfaction of workers with greater exposure to natural elements was less tightly coupled with role stressors, per the above chart.

The researchers also found that workers with nature views discounted the future less than those with urban views, something that has been associated with a healthier lifestyle.

Sleep is mother nature’s ultimate biohack, and plays key roles insofar as our energy and alertness, emotional regulation, creativity and problem-solving is concerned.

Sunlight exposure to the retina actually plays a key role in regulating our circadian rhythm.

As Andrew Huberman, neuroscientist and tenured professor at Stanford University’s School of Medicine, stresses, it’s important to get sunlight on your eyes upon waking.

“Even when it’s cloudy, that sets your biological clock”, he told Stanford’s Scope magazine. “In higher latitudes in the depths of winter, it may be too dark, but in most places most of the time, there’s still plenty of light energy.”

Sunlight reaching the eye triggers the timing of the release of the hormones cortisol (for waking) and melatonin about 14 hours later (for sleeping). This effect is apparently much more profound in the morning than it is when the sun is overhead in the late morning or afternoon.

It is also why Huberman suggests leaving the sunglasses behind, as sunglasses block out the exposure of sunlight to the retina.

Of course, you should never look directly at the sun, but in the area around or near the sun, where you don’t find yourself blinking profusely (an indication that the light is too bright), as there is still a lot of effective light energy in this area.

This is also one of the reasons why biohacking influencer, Lucas Aoun of Ergogenic Health, suggests taking your Vitamin-D supplement first thing in the morning.

Of course, too much of a good thing is still too much, and the consequences of excessive UVR exposure have been well documented and communicated, so don’t forget to be sun-smart.

Sunlight plays key roles in terms of regulation our mood and mental performance, so: