Entrepreneurs: Stop Drinking Somebody Else's Kool-Aid and Be Kinder to Yourselves. 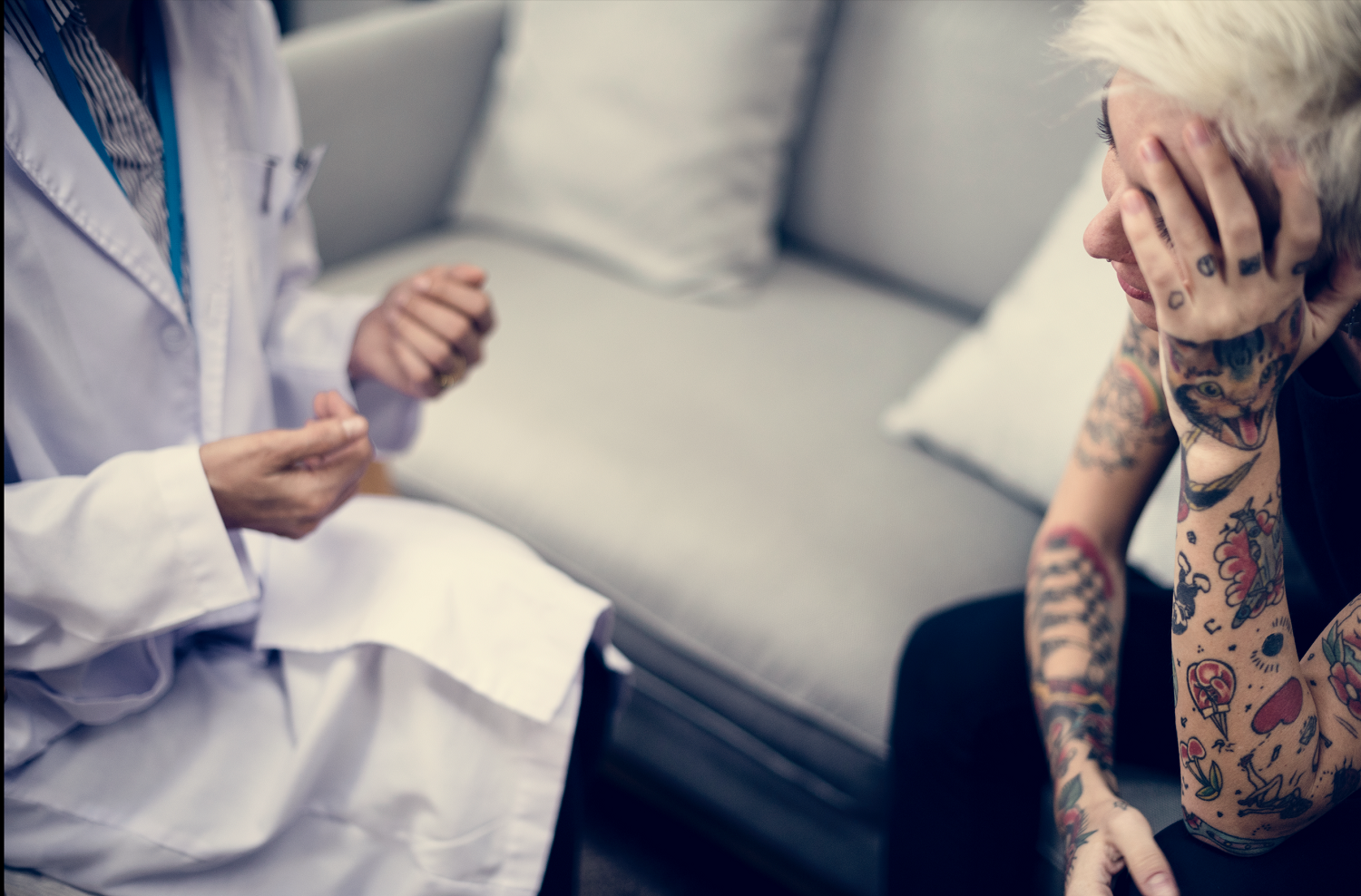 These are all hashtags that I have been guilty of using from time to time.

However, as I am now in the seventh year of my own entrepreneurial journey, I’ve come to realise that it is easy for ambitious types tuned in to the online ecosystem of entrepreneurs, life coaches, hustlers and the like to aspire to be ‘great’, and that in order to be ‘great’, that they need to embody idols who preach 16 hour work days, doing away with friends who don’t ‘serve you’ and the relentless pursuit of what are often one-dimensional goals.

Live Your Purpose, Not Theirs

While I tend to embody the ‘live your purpose’ narrative, people often fail to notice the disconnect between their own purpose and the purpose that drives their idols. They are usually not one and the same.

For example, while I admire the likes of Gary Vaynerchuk and Grant Cardone for what they have achieved in the entrepreneurial domain, they have their own reasons and motivations for doing so. Gary’s family of eight emigrated to the United States from Belarus in 1978 and together shared a tiny studio apartment in Queens, New York City. This fuelled Gary’s hunger for more and that fire still drives him forty years later. However, that is his story.

I spoke with Grant Cardone in episode 239 of the Future Squared podcast, and learned that he lost his father at the age of 10, and later in life found himself addicted to drugs and in the unemployment line, only to be dragged out of the line by his car salesman uncle who got him a sales role. This became Grant’s springboard to bigger and better things. Again, that was his story.

Social Media is NOT Reality

As Elon Musk put it on that episode of the Joe Rogan Experience, “some of the happiest seeming people actually are some of the saddest people in reality”. Don’t take what you see on social media on face value. Yuval Noah Harari echoes these sentiments in his book 21 Lessons for the 21st Century, saying that “it is fascinating and terrifying to behold people who spent countless hours constructing and embellishing a perfect self online, becoming attached to their creation, and mistaking it for the truth about themselves. If you could only feel what the people in the photos felt while taking them”.

Why Are You On The Path?

Your why could be one or a number of things, and sometimes, what drives you could be less than admirable.

Not so good drivers:

Some of these are legitimate reasons to do something while others are more or less grounded in our lizard brain’s fight or flight responses and our limbic system’s emotional desires, rather than reason or logic. Many of these drivers are also shrouded in cognitive biases such as, for example, the arrival fallacy.

Alternatives to the Entrepreneurial Path

For those of you thinking of getting into entrepreneurship or having started your journey recently, it’s worth pointing out that there are many other things you might do to appease your reasons for wanting to do so in the first place, such as:

1. Joining an existing company where the environment aligns with your values.

2. Changing roles within your existing company.

3. Assuming a similar role in a different industry.

4. Taking up learning and creative pursuits outside of work.

5. Changing your mindset and reframe your source of contentment.

6. Focusing on building and nurturing relationships and extracurricular interests.

What we see on social media, what we read in books, and what we listen to in podcasts and audiobooks, ultimately pushes ambitious types to try and embody an unbreakable, ‘bulletproof’ machine.

From a young age, I have always been what you would consider, ambitious.

I have embodied the above told ‘crush it’ mindset and have applied it to almost every aspect of my life. And to a certain extent, it has served me well. I now oversee a seven figure business, host a popular podcast, recently secured a global book deal, and finished writing said book, and I guess by conventional standards, I’m as fit as a fiddle.

However, while there is indeed merit in this mindset, like most, if not all things in life, there is merit only up to a point. Beyond that point, it can actually become detrimental to the reason you were hustling to begin with. For example, if you hustle everyday like it was your last, then it soon enough will be. If you get only four hours sleep a night for an ongoing period of time, you might still wake up, but intellectually, you won’t really be awake. If you neglect personal relationships for so long in favour of your business, you may soon find yourself without any. And then what’s the point of all that success if you have nobody to share it with?

Life is about Seasons

Like professional sports. Business and life is about seasons. You’ve got your preseason, your regular season, the playoffs and the finals. Each calls for a different level of intensity. You can’t play each day like it’s the fourth quarter and game 7 of the NBA finals. Not even Lebron James or Steph Curry show up each day.

I eventually felt like I was hostage to that inner voice, the voice that was an embodiment of everything I’d seen, read and listened to, the voice that kept telling me to ‘crush it’, and if I didn’t ‘bring it’ I’d hate on myself all day, and feel compelled come back twice as hard the following day.

For example, I’ve felt hostage to:

And most recently, after having dabbled in the world of open mic comedy, I heard that little voice again. “Come on, go to the open mic night tonight, stop being a little bitch”, even though I had already been to the gym, got sh*t done in the office, performed three podcast interviews and wrote a 5,000 word blog post that day. Even though all I wanted to do was hang with my girl and watch Netflix and was only doing standup for fun, the inner voice sometimes got the best of me.

It can become tiring.

Watch out for the Black Dog

I felt myself becoming physically tired, getting flat earlier in the day, and ultimately feeling emotionally unstable. On this point, I credit conversations I’ve had with the likes of Brad Feld and Rand Fishkin on my podcast about depression for opening my eyes to the fact that maybe, the path I was on, was not a sustainable one.

In light of this, I’ve made some small but impactful changes to the way I show up in the past six months that has had a profound effect on my emotional state and on my productivity. I no longer get out of bed at 5am. Nowadays, I tend to get up between 5:30 and 6am. It might not sound like much but it has made a huge difference.

After hitting the gym six days a week for 13 years, I give myself the liberty of taking a second day off the gym each week every now and then! I let myself eat a burger with fries on Fridays. If I get to 9,500 steps and it’s 10pm and I’m in the comfort of my bed reading, I won’t feel compelled to walk around the block to hit 10,000 steps. Oh, and I don’t check email or look at my phone for an hour before bed and for the first hour of the day. They might all sound like small things but together, they actually amount to a lot and they created so much more space and mental clarity, and as a result, during the time that I do apply myself, I find myself operating at a much higher level.

Above all, I choose to use social media as an outlet mostly to produce, not to consume. As such, I don’t do things because somebody on social media said so (and got 100,000 likes saying so). I choose not to compare myself to others but rather, to compare myself to who I was yesterday, and not to compare myself only as an entrepreneur, but as a son, a brother, a lover, a friend, an athlete, an artist, a podcaster, a writer, a member of my community. I want to strive to be a complete person, not a one-dimensional person. And the key word there is strive; we never truly ever arrive, and we’re on a constant journey of learning and evolving, and that’s because we’re humans, we are not rocks.

Do things for your own reasons, for the right reasons; never for somebody else’s. And above all, be kinder to yourself. You deserve it.

My forthcoming book, Employee to Entrepreneur: How to Earn Your Freedom and Do Work That Matters, which covers sustainable entrepreneurship, comes out in January 2019 through Wiley. Find out more and pre-order your copy here.