Beware of The Immediacy Effect 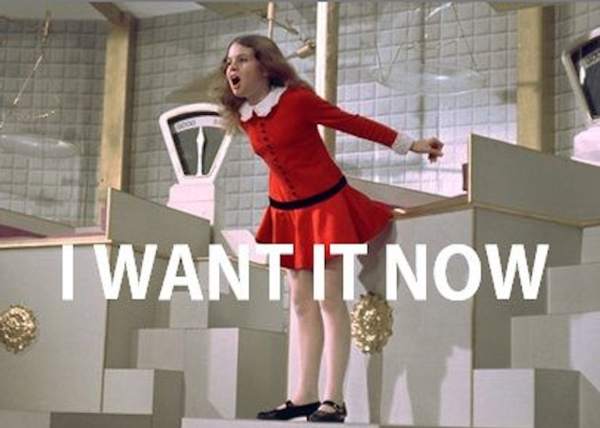 The human condition is plagued and augmented — depending on the context — with all sorts of ingrained biases, many of which we are unaware of.

The sunk cost fallacy has us investing in all kinds of pursuits, despite the lack of ongoing reward or utility, just because we’ve already invested a lot of time, money or energy into said pursuit and don’t want it to be a waste of time. Paradoxically, we end up wasting even more time and money.

More critically, it could be going with the first idea you came up with for a product, as opposed to numerous better ideas you came up with thereafter. We often write off better alternatives, because we give more weighting to those that came first.

Or how about the cheerleader effect? People (or things) tend to appear more attractive in a group than in isolation. Have you ever purchased a vehicle from a sparkling showroom amongst other such vehicles, only to take it home to your garage, and find that the allure was suddenly nowhere near as grand? It’s the same with Apple products — they always seem a lot more majestic in the Apple Store than they do on your coffee table.

Such biases can hijack our brains and derail our decisions.

But by becoming aware of these biases, we give ourselves a better shot of occasionally interjecting with more thoughtful responses instead of reverting to evolutionary programming rooted in fight or flight instincts that don’t always make as much sense today as they did tens of thousands of years ago on the African savannah.

One such bias that can usually derail our decisions is the immediacy effect.

This bias goes all the way back to Adam and Eve — opting for the immediate pleasure of an apple over eternity in paradise.

As behavioural economist and author of Predictably Irrational, Dan Ariely, puts it, “You can ask yourself how many of us would sacrifice eternity in the Garden of Eden, for an apple? Well it turns out we do it, and we do it all the time”.

It’s no different to the famous marshmallow test where kids fail to resist eating a solitary marshmallow for just 15 minutes, despite the promise of tripling their fix if they simply wait out this short window of time.

So how might this immediacy effect show up in our day to day, and how might it be putting us, unknowingly perhaps, on a path towards the least desirable outcome?

Below are a just some instances where not taking a bite of the proverbial apple may render much more desirable outcomes.

But far too often, we might find ourselves circumventing the warm intro because it requires us to find mutual contacts, reach out to mutual contact to ask for an intro, and wait for them to make the intro — all of which adds time to the process, perhaps a day or two, as opposed to sending an email ourselves immediately.

We need to send 20 to 40 times more emails to get the same number of responses we would if we had used warm introductions.

We ultimately secure way less conversations and sales, all because we couldn’t wait a day or two, and wanted it now.

It’s a little like Homer Simpson declaring, “But I want it now!”, after Marge tells him that he has to wait 8 seconds for his meatloaf to heat up.

Sometimes we might find ourselves in a relationship that perhaps, despite our trying, we know just isn’t right for us— it could be toxic even.

But isn’t it easier to just go to dinner together instead of having that conversation and setting ourselves up for several weeks, or months, of the post-breakup funk, staring our loneliness in the mirror each morning.

We end up miserably comfortable for a lot longer than we need to be, wasting time that could be spent in finding someone with whom we truly can build a life together.

In software engineering, we often optimise for an easier approach now, instead of a better solution that would take longer. This is known as technical debt and creates a significant cost by way of rework required to fix the ‘dirty’ code.

We tend to spend now, rather than save for the future.

We tend to eat that doughnut because it’s pleasurable to us now, instead of enjoying the healthier and leaner body in the future.

Recently, I wrote an article on how success in creative pursuits is about having many swings at bat. I considered submitting it to the popular Medium publication, Writing Inspiration, but after spending several hours on the piece, and feeling particularly chuffed with it, I decided to instead hit publish because I couldn’t wait to share it with my community.

Sure, it got some reads, but nowhere near as many as it would have if had just waited a single day! In the past, two of my more popular articles published by third-party publications such as HBR and a The Startup resulted in book deals with major labels. This can be the difference between the instant gratification that comes with the immediacy effect, and the delayed gratification that comes with reason.

Such examples are absolutely everywhere.

By becoming more cognizant of this bias in these moments, we can best make a judgment call as to whether the lowest hanging fruit really is the ripest, or whether we should instead be climbing up the tree.