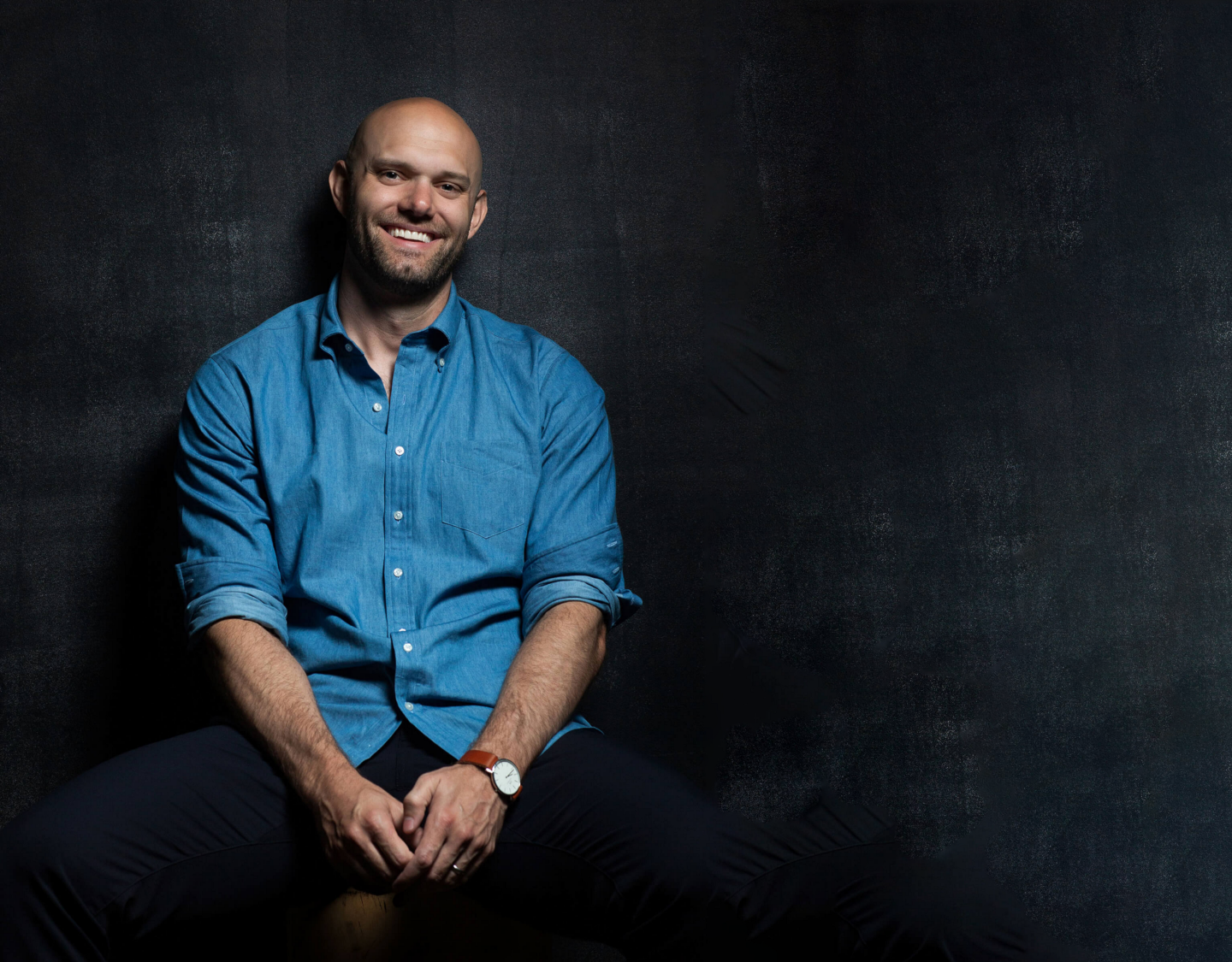 I recently had the pleasure of speaking with James Clear, author of Atomic Habits: Tiny Changes, Remarkable Results, for an episode of the Future Squared podcast.

A freak baseball accident put James in a desperate place, fighting to recover from brain damage. The debilitating brain injury forced him to discover a new way of living. Recovery took James to a new understanding of habits and the power of stacking simple, easy habits, one on top of the other, to create momentum and change.

His book has sold well over one million copies and has been translated into numerous languages.

While you can access the entire one-hour long conversation below, I’ve extracted the key insights from this conversation for you in this article.

1. The three layers of behaviour change

The first layer is changing your outcomes. This level is concerned with changing your results: losing weight, publishing a book, winning a championship. Most of the goals, Clear says, are associated with this level of change.

The second layer is changing your process. This level is concerned with changing your habits and systems: implementing a new routine at the gym, decluttering your desk for better workflow, developing a meditation practice. Most of the habits you build are associated with this level.

The third and deepest layer is changing your identity. This level is concerned with changing your beliefs: your worldview, your self-image, your judgments about yourself and others. Most of the beliefs, assumptions, and biases you hold are associated with this level.

2. The four laws of behaviour change

If I desired to build a running habit, Clear suggests following the rules below:

The inverse of the above mentioned laws are used to break bad behaviours.

Say I wanted to stop devouring a bag of Dorito’s late at night, I would:

Ultimately, Clear says, we want to:

And it turns out that just a little friction can go a long way. Simply having your smartphone in another room, for example, can stop you reaching for it almost involuntary as you might if it was within arm’s reach.

Self-mastery and the suppression of harmful desires and instant gratification through associating the gratification with painful thoughts and eventualities.

Over 50 Lessons from Friedrich Nietzsche on Business and Life

A paradox of sorts is in place, whereby:

As such, we’re far more likely to want to reach for a doughnut than go to the gym when we see the world through the lens of immediate outcomes.

As such, keeping in mind the long-term implications of our short-term decisions is important.

On this, Clear says that our results today are lagging indicators of our habits six months ago.

5. Evolutionary programming can be your friend or foe

Because of our hard-wired survival and energy conserving instincts, we are predisposed to taking the path of least resistance, to thinking that lowest hanging fruit is the ripest.

This is why we’re more inclined to check email and social media when we sit down at our desks in the morning than it is to get started on higher value but more mentally taxing tasks.

However, we can use our evolutionary programming to our advantage, because it turns out that once we’ve formed a habit, then the brain’s tendency to optimise for energy conservation works in our favour, creating a script that sees us behaving in line with our good habits without much thought or purposeful effort.

If you’ve been working out every day for 15 years, then you probably don’t find yourself peeling yourself out of bed and dragging yourself to the gym — you just go — you’ve automatised going to the gym.

6. Use the law of motion to your advantage

According to Isaac Newton’s first law, an object at rest stays at rest, and an object in motion stays in motion.

The two minute rule: Clear says that when you start a new habit it should take you less than two minutes to do. Habits must be established before they can be improved, he says, so when you’re starting out, give yourself permission to show up in the smallest possible way.

7. Our behaviours are a by-product of our systems

80% of new year’s resolutions fail by the second week of February, and there’s a good reason for this, says Clear:

Winners and losers in any field have the same goal but it’s not the goal that separates them — it’s the system, processes, and their collection of daily habits.

This echoes what numerous high-profile sports coaches such as Paul Roos, or NCAA legend and systems-focused John Wooden echoes in his one-line philosophy, below.

The score takes care of itself.

As such, we should…

8. Design an environment that supports your goals

Optimise your environment to make cultivating good habits and avoiding bad ones easy.

For example, I might like talking to my friends on the phone but perhaps I’m not getting enough movement or steps into my day.

I could commit to getting up and walking whenever I have a conversation with my friends to get my step-count up, and also distract myself from an activity that I may not have a strong predisposition towards.

According to psychologist Edwin Locke, short feedback loops are fundamental to human motivation, or as Seth Godin puts it,

Clear’s ‘cardinal rule of behaviour change’ is that behaviours that are immediately rewarded get repeated, and those that are punished get avoided.

If you have to wait too long for a reward, it can be hard to stick with it. As such, you might want to incorporate some surrogate rewards or metrics (below) into your habit building plan.

Surrogate rewards, coined by Scott Belsky, are essentially leading indicators that tell you that you’re on the right track.

If I focus on the wrong measure (eg. sales and only sales), and that measure is not forthcoming for a few months, it can be incredibly demotivating.

This could extend to going to the gym every day but not seeing results for 6 months. But by focusing on surrogate rewards — such as actually turning up to the gym and noting this in my diary — I can better accustom myself to playing the long game.

In addition, when it comes to those trailing indicators, such as losing weight or hitting a 300 pound deadlift, Clear says that the pace of measurement needs to match the frequency of habit you want to stick to, so instead of jumping on the scales or measuring your PB every day — when you’re unlikely to see any significant change, it might be once a month instead.

Supplement Your 2020 Goals with Systems and Surrogate Metrics

Clear suggests we strive to get into what he calls the Goldilocks zone — and what psychologists call ‘the flow state’ in order to easier build habits.

Research shows that tasks which are 4% more challenging than our skills are capable of striking a chord at the midline between boredom and anxiety — this is the sweet spot to maximise attention and flow, and our enjoyment of the activity.

To better get to the root cause of a problem or a bad behaviour, ask yourself why five times.

You might struggle to get up early, but willing yourself to will only go so far, especially if you’ve only got five hours’ sleep under your belt.

In this case, it’s choosing not to stay up til midnight that’s the problem, not just willing oneself out of bed earlier.

By removing the roadblock it can become easier to form better habits.

14. Determine what season you’re in

It’s important to reflect on who you want to be, what kind of habits will get you there, and to acknowledge that life is all about seasons and that habits shift with seasons.

As Derek Sivers says, ask yourself “what am I optimising for?” and “can my habits carry me to my desired future?”

For example, if I’m a single 30-year-old, I might be optimising my body and career.

But if I’m a 45-year-old dad of two, I might be optimising to be a better husband and father.

As such, the habits you cultivate will need to reflect what you’re optimising for.

Clear says that every action we take is a vote for the kind of person we want to become.

Save Your Energy for the Playoffs

Meta-habits are habits that have the power to transform your life in a significant way, far beyond giving up your nightly bag of Dorito’s or spending a little less time on your smartphone.

By cultivating the above habits, you can perform at a much higher level in all walks of life.

There’s a whole lot more in Atomic Habits that isn’t covered here, so if you’re not one of the one million plus people who has picked up a copy, I hope this blog post will persuade you to do just that.

In these times of COVID-19, you also might be looking to build a better working from home habit. I’ve got you covered…

13 Tips to Crush Working From Home During COVID-19

10 Laws of Nature Every Entrepreneur Needs to Know