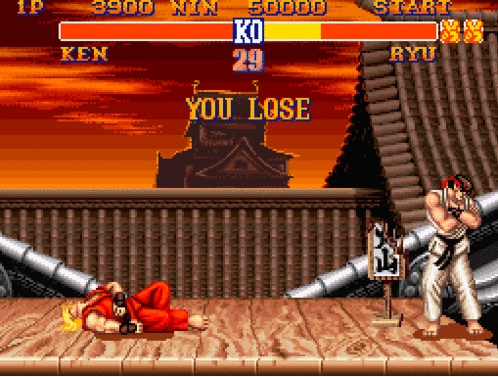 Fans of Netflix series, The Last Dance, will know that Michael Jordan, for all of his airness, occasionally missed the game-winning shot.

He has been quoted as saying “I have failed over and over in my life, and that is why I succeed”.

If we are unwilling to take the proverbial game-winning shot, then our soul is condemned to rest in that cold and timid place described by Theodore Roosevelt, where it knows neither victory nor defeat — it merely exists.

I’ve enjoyed a modest degree of success in my life, whether it was scoring gigs with prestigious firms early in my career, building a seven-figure business or scoring multiple book deals, but for every victory I’ve suffered at least an order of magnitude more defeats.

By cultivating a positive relationship with defeat, by reframing it as a learning and growing experience, we can put in the necessary mileage to get closer to whatever summit we’re pursuing.

Below are ten times I’ve crashed and burned before succeeding.

I hope will shine a light on the fact that more often than not, when it comes to success, it’s a matter of persistence.

As I wrote in this post, getting fired from my first ‘real job’ when I was just 23 was one of the best things that ever happened to me.

It forced me to reflect on what I actually wanted to do with my life, what I enjoyed, what my strengths were, and pivot accordingly. Not only that, but it taught me a valuable lesson in the value of showing initiative and taking ownership. It was a wake up call.

On the back of getting fired, I decided that I needed to improve my opportunities. I enrolled in a Masters of Accounting degree, which I completed in under a year whilst working 25 hours a week at a call centre. This set me up for what would be my next failure.

Having completed my degree, I was thinking big, and so I sought to make it to the upper echelons of the accounting world — the ‘hallowed halls’ of a big four firm like EY, KPMG, Deloitte or PwC. This desire was driven by wanting to conform to society’s conventions of what success looked like more than anything else.

I applied to their graduate programs but was promptly rejected from all of them. I didn’t even get a first round interview!

But what I did get was a graduate role with the local auditor-general’s office. After spending two years in this role, where I covered both financial and IT audit in Government, I was able to secure a lateral move to EY, not as a graduate, but as a higher-paid senior consultant with greater responsibility, thanks to my experience at the AG’s office. I went on to work at both EY and KPMG.

But even these roles, depending on how you look at them, might be construed as errors in judgment, for it would take me years before I realised what I should really be doing with my life.

After five more years in various corporate roles, I decided to scratch an entrepreneurial itch and started a side-hustle called Hotdesk — an ‘Airbnb for office space’ if you will.

Having built a low-fidelity prototype to test the idea, I got to work writing a press release and sent it to every tech journalist’s email address I could find.

I sent about 100 emails. Days went by and the only responses I got were from journalists asking me not to email them again, or asking me how I got their email (there’s this thing…uh…called the internet).

But after I had given up hope on my home-brew PR campaign bearing any fruit, a cadet journalist from The Australian — one of Australia’s most influential daily newspapers — got in touch, and set up an interview.

Long story short: The article ran a week later, it piqued the interest of angel investors, I secured $150,000 in funds, and that was my ticket from side-hustle to full-time entrepreneur. I have not looked back since.

Bonus cup of failure: Hotdesk ultimately failed. I had no problems building the supply side of desks and meeting rooms to about 1,300 locations across Asia-Pac, but demand? That was a different story. However, the lessons learned from this experience were re-invested into my next venture, Collective Campus.

During the early days of Collective Campus, we’d run free one-hour workshops that we’d promote on Eventbrite. We’d get 50 or so RSVPs, but without fail (or with fail, depending on how you look at it!), we would rarely get more than 5 people turning up to those first few sessions.

It took us several months of learning and burning (through money that is), and almost having to turn the lights off as we stared down the barrel of bills that surpassed the cash we had at bank, before striking a partnership deal with a popular Meetup group to run paid workshops for its audience.

The revenue this generated gave us the runway we needed to find our way, and we’ve since gone on to work with large brands and startups all over the world, becoming a seven-figure company, named one of Australia’s fastest growing companies in 2018.

You think you’re ready to nail a keynote talk when you practice in the mirror, until you’re on stage in front of over 100 people, your throat dries up, your palms are sweaty and you’re noticing raised eyebrows in the audience.

One of my first keynote talks was actually in front of over 450 people at an IBM conference. Despite the frog in my throat, I thought I done a reasonably good job but audience surveys begged to differ.

Since then I made a conscious decision to always seek out audience feedback, and to learn what it takes to deliver a compelling, engaging and memorable talk.

“What could I have done better” is such a powerful question. It’s 10-times more powerful than “what did you think?” in terms of getting actionable feedback.

I’m no Chris Anderson just yet, but after the last few talks I’ve given, I’ve been mobbed by people wanting to discuss my talk, and numerous others connecting with me online to tell me how much they enjoyed it and asking where they can dig into my work — these are perhaps the best indicators of success.

If you walk offstage and nobody wants to talk to you — something I have experienced many a time — then you did not nail it.

Our marketing strategy at Collective Campus is content-centric — articles, podcasts and ebooks mostly.

I had self-published several books but sought the credibility and distribution that a major publishing house would lend me for what was then my next book.

I got to work on a non-fiction book proposal which numbered well over 10,000 words and covered what you’d expect to find in a business plan — target market, marketing strategies, competitive differentiators, and so on.

And said book proposal promptly got rejected by 39 literary agents and publishing houses. But with each rejection, I would go back with one question — why?

With each answer I was able to improve my pitch to the point where finally, an executive from Wiley — one of the world’s biggest business book publishers — suggested we do coffee. Said coffee evolved into a book deal for what would become Employee to Entrepreneur. I’ve since written another book for Wiley, Time Rich (out in October 2020), and have a third in the works.

Harvard Business Review represents what is perhaps the pinnacle for business writers, and a great platform to build one’s personal brand and the brand of one’s business.

As such, I pitched articles to HBR dozens of times — different editors, different angles — but either received rejection letters in reply, or nothing at all.

But after dozens of attempts, I took a list of ideas that one HBR editor had rejected, and sent it to HBR’s chief of staff. He saw something he liked, and commissioned an editor to work with me on it.

That became The Case for the 6-Hour Workday, a hugely popular article that was syndicated by the Wall Street Journal, and opened many new doors, and inspired my follow-up book for Wiley. I’ve since gone on to write an additional four articles for HBR in the 18 months since.

Being an Aussie, you might think I grew up with a surfboard under my arm. But alas, I grew up in the working-class western suburbs of Melbourne, a good one-hour drive from the closest surf beach, with a soccer ball at my feet instead.

I didn’t take up surfing until I was 34, and it took me about twenty surf trips — all marked by wipe-out after wipe-out, and hapless attempts at standing up — before it all just clicked one day.

I’m now popping up with relative ease — providing the waves aren’t too big — and am improving each and every time I head out. Of course, I’m no Kelly Slater…but who is?

As I wrote previously, I like to cultivate adversity in my life because it better prepares me for reality, and to deal with the inevitable hardship that comes our way.

Part of this involved hitting the local standup comedy open mic circuit. The evolutionary feeling of being ostracized from one’s tribe is none more real than when you’ve got an audience of blank faces staring back at you after you’ve just dropped what you thought was your killer punchline.

And despite the sinking feeling I got from bombing repeatedly, I’d tweak my jokes each and every time, and after a few gigs, I was starting to get some laughs, and it was immensely rewarding.

I’ve since taken the lessons I learned from studying and practicing standup comedy, and applied it to my podcasting and writing, wherever it made sense to do…clearly not in this sentence.

Finally, and perhaps a fitting place to end this, my Medium articles. As I wrote in What Beethoven Teaches Us About Trending on Medium, I’ve failed an order of magnitude more times than I’ve succeeded on Medium, at least when it comes to viewer and readership of my articles.

For every article I’ve penned that has scored more than 10,000 views, there are ten that didn’t get 1,000. That’s the nature of creativity.

As my ear or eye for what works has improved, I’ve noticed an increase in the frequency of my articles performing well, and this ultimately comes with experience.

I’m failing at something, multiple things, each and every day.

But I persist, because that is what brings you closer to success.

How Our Culture of Experimentation Helped Us Get Through COVID-19