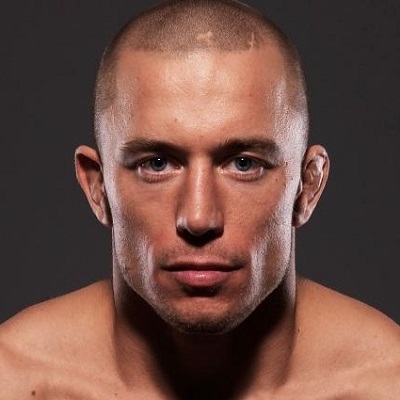 Before you get too excited, you’ll note that this is a 14 minute long episode.

I didn’t interview Georges St Pierre as such but I was lucky enough to ask him a question in front of a packed house at Melbourne’s Convention Centre on Saturday night, as part of his An Evening With GSP Australian speaking tour.

IIf you’re not familiar who Georges St Pierre aka GSP is, he is arguably the GOAT, that is, the greatest of all time mixed martial artist. He is a former welterweight and middleweight UFC champion, and still holds the record for most consecutive wins in the UFC, tied at 20, and boasts a professional record of 26 wins and just 2 losses, both losses coming in championship fights relatively early in his career against Matt Hughes and Matt Serra, and both losses were avenged in relatively quick succession as GSP, reflected, learned and applied the lessons to overcome his adversaries the second time around.

GSP grew up in Montreal and studied and trained in Kyokushin Karate as a child. In early adulthood, whilst trying to make ends meet so he could invest in his training and his career, Georges spent time bouncing at nightclubs, worked as a garbage cleaner, slept on the floor of a dilapidated apartment and caught freezing cold trains to the Bronx in NYC to train with the best.

As listeners of this show will appreciate, talent will only get you so far. The world is awash with naturally talented people who never truly fulfilled their potential or came anywhere close to the success they could have achieved if they persisted. Persistence is everything. As such, I was keen to understand what got GSP through those early days when he was sleeping on the floor. What kept him going in the face of supposedly insurmountable odds when even those closest to him thought he was crazy to even think that he could one day be a UFC champion.

How to Beat Anxiety with the Physiological Sigh and Get Focused