Episode #233: Arj Barker on What It Takes to Make It and Sustain It 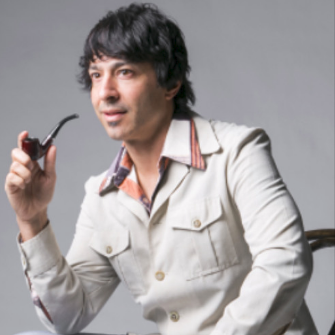 Arj started his career in comedy after graduating from high school in 1989. His first gigs were at an old café called Caffe Nuvo in downtown San Anselmo where he hosted stand-up night every Sunday throughout the early 1990s.

Barker appeared in the HBO sitcom Flight of the Conchords and has enjoyed success in Australia for a number of years since first appearing at the Melbourne International Comedy Festival in 2000 and is currently in Melbourne as part of his We Need To Talk tour.

You might be wondering why I invited a comedian to appear on the show. For one, there are many parallels between making it as a comedian, a musician, an athlete and an entrepreneur and we explore them in today’s conversation. That and Arj’s show, which I was lucky enough to catch on the Saturday night before this conversation, was heavy on tech talk, making fun of our tendency to become furious by 5 minute UBER wait times in this, the age of instant gratification.

Arj only had 30 minutes to spare for our show, but we managed to explore a number of topics, including:

There’s many lessons in this one for entrepreneurs to learn from, and Arj even throws in one joke from his set, so with that….strap yourself in for the one and only, Arj Barker.

Like us? ‍ It'd make our day if you took 1 minute to show some love on iTunes, Stitcher or Soundcloud by subscribing, sharing and giving us a 5 star rating. ‍


Motivation and Self Development

Human Performance and Productivity