Episode #110: Alec Ross on the Industries of the Future 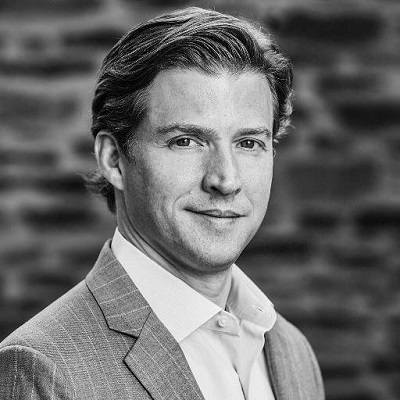 Alec Ross is one of America’s leading experts on innovation. He is currently a Distinguished Visiting Fellow at Johns Hopkins University and the author of the New York Times bestseller The Industries of the Future. The Industries of the Future explores the technological and economic trends and developments that will shape the next ten years, from cybersecurity and big data to the commercialization of genomics to the code-ification of money, markets and trust.

Alec Ross recently served for four year as Senior Advisor for Innovation to Secretary of State Hillary Clinton, a role created for him by Secretary Clinton to maximize the potential of technology and innovation in service of America’s diplomatic agenda. In this role, Alec acted as the diplomatic lead on a range of issues including cybersecurity, Internet Freedom, disaster response and the use of network technologies in conflict zones.

Previously, Alec served as the Convener for the Technology, Media & Telecommunications Policy Committee on Barack Obama’s 2008 presidential campaign and served on the Obama-Biden Presidential Transition Team.

- The industries of the future

- What opportunities leaders, entrepreneurs and individuals should explore in the next 10 years

- Why Alec thinks "Donald Trump is an idiot" and immigration reform

- The role that Governments should play to accelerate innovation, not stifle it

- The growing gap between productivity and the labor force

- Automation of both white collar and blue collar jobs

- What happens when the majority of our jobs are automated?

- The relationship between human longevity and its affect on innovation

I hope you enjoyed this episode. If you’d like to receive a weekly email from me, complete with reflections, books I’ve been reading, words of wisdom and access to blogs, ebooks and more that I’m publishing on a regular basis, just leave your details at www.futuresquared.xyz/subscribe and you’ll receive the very next one.