Episode #388: From Journalist to Poker Champion with Maria Konnikova 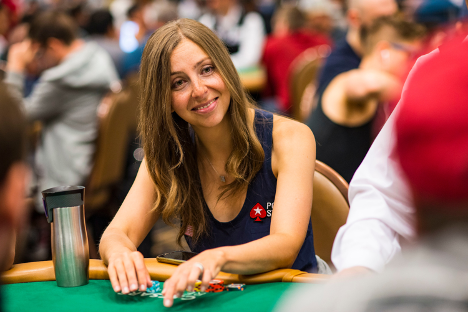 Maria is the author of two New York Times best-sellers, The Confidence Game (Viking/Penguin 2016), winner of the 2016 Robert P. Balles Prize in Critical Thinking, and Mastermind: How to Think Like Sherlock Holmes (Viking/Penguin, 2013), an Anthony and Agatha Award finalist.

She is a regular contributing writer for The New Yorker, and has written for the Atlantic, the New York Times, Slate, the New Republic, the Paris Review, the Wall Street Journal, Salon, the Boston Globe, the Scientific American, WIRED, and Smithsonian, among many other publications.

Her writing has won numerous awards, including the 2019 Excellence in Science Journalism Award from the Society of Personality and Social Psychology.

While researching The Biggest Bluff, Maria became an international poker champion and the winner of over $300,000 in tournament earnings.

This was a fascinating conversation, unpacking Maria’s rise from somebody who didn’t know the basics of poker to national poker champion, and what she learned along the way about not only poker, but life more broadly.

We unpack lots in this conversation, including:

1 - the role of chance and skill in life

-        What Maria’s grandmother thought about her becoming a poker player

-        Dealing with the sudden spotlight and magazine covers

-        What Maria learned about herself from playing poker