Episode #386: An interview with my mother, Miljana Glaveska 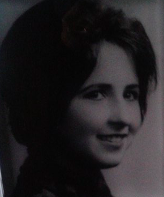 In this episode of Future Squared, I interview my now 69-year-old mom, Miljana Glaveska.

While she doesn’t come to the show with the same kinds of credentials or pedigree that many of my former guests do, she comes to the show with something many don’t have, almost three-quarters of a century of life experience, and a unique story to tell.

-       Leaving her family behind to start a new life in Australia

I learned so much in this conversation, and I hope you take something out of it too.

So with that, I bring you a conversation with my one and only...literally...Miljana Glaveska.