Episode #380: Rising From the Startup Ashes with Michael Fox 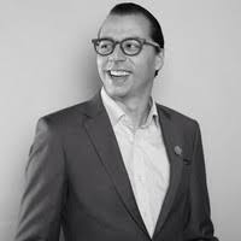 Michael Fox is an entrepreneur and investor, best known for co-founding Shoes of Prey, the online retail startup that raised US$25M and grew its team to 200 people, before lagging demand forced the company to famously call it a day in 2019. Today, he heads up plant-based meat alternative company, Fable Foods Co.

Michael joined me to unpack the Shoes of Prey journey, the highs, the lows, the lessons learned and on being a proverbial phoenix rising from the ashes.

We touched on so many big ticket items, but three that stood out for me were:

We unpacked this and a ton more, so strap yourself in for an enlightening conversation with the one and only, Michael Fox.

-       Market research and validation - how it can set you astray

-       What Michael would do differently next time

-       The cost of employee engagement and retention

-       Being transparent without compromising employee motivation

-       Fable Food Co and its mission of ending industrial agriculture