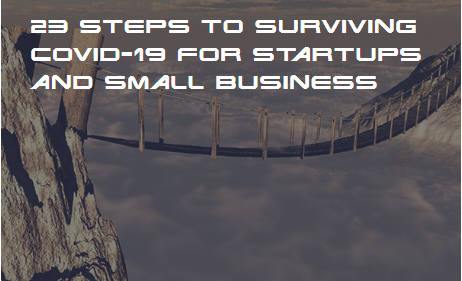 Successfully building a company is a Herculean feat at the best of times — 95% of startups fail and most small businesses close their doors before they turn five.

With that in mind, it might seem near impossible to do so when there’s a global pandemic shutting down the world’s economy.

Nobody knows for sure when we will emerge out of this black hole and markets will resume normal programming — estimates ranging from several months to several years.

What we do know is that unlike the global financial crisis of 2008 which pointed to internal problems in our financial markets, COVID-19 represents an external event, and so it stands to reason that we should expect a rapid recovery once the crisis subsides — or at least we hope so.

Based on this, if your company has less than 24 months runway left, it’s time to calmly delineate between what you can control and what you can’t, and focus on the former.

As such, I’ve taken the time to prepare the following 23 steps — many of which are applicable to both startups and small businesses — to increase liquidity, decrease burn rate, increase runway and ultimately increase thee chances of surviving the so-called apocalypse.