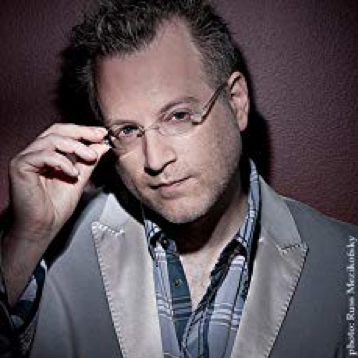 With a writing career spanning 19 years, Mezrich has authored twenty books, with a combined printing of over 4 million copies, including the wildly successful Bringing Down the House, which spent sixty-three weeks on the New York Times Bestseller List, and sold over 2 million copies in fifteen languages and was adapted into the #1 Box Office movie 21.

His book, The Accidental Billionaires was adapted into the movie The Social Network which was #1 at the box office, won Golden Globes for best picture, best director, best adapted screenplay, best score, and was nominated for 8 Oscars, winning 3 including Best Adapted Screenplay. Mezrich and Aaron Sorkin shared a prestigious Scripter Award for Best Adapted Screenplay as well.

Ben Mezrich cracked the Hollywood Reporter’s annual hot list: Hollywood’s 25 Most Powerful Authors. This power list of authors touted to be “the industry’s most sought-after word nerds” is based on stats like Mezrich’s multiple movie deals in production such as Woolly, Seven Wonders, Once Upon a Time in Russia, and The 37th Parallel.

Ben’s newest book Bitcoin Billionaires chronicles the second act of wonder twins Tyler and Cameron Winklevoss as they claw their way through Silicon Valley and come out on top as the first bitcoin billionaires after an unlikely-to-win battle with the omnipotent Empire–Facebook.

This was a wide-reaching conversation with Ben, and we explored:

1)     Ben’s ascendancy to the top of the writing game, and numerous lessons learned along the way that anybody aspiring to great heights can learn from

2)     His new book Bitcoin Billionaires, in which we unpacked who Mark Zuckerberg and the Winklevoss Twins really are; and

3)     We talk about crptocurrency more broadly, and the role that tech companies play in our lives today

Ben rattled off countless value bombs in this conversation, so if you’re sitting down, grab a pad and pen, take some notes, and please enjoy, my conversation with the one and only, Ben Mezrich.

●      How Ben wrote 9 books during college, none of which were very good

●      On developing a healthy relationship with rejection

●      Early exchanges with Eduardo Savarin and an eventual restraining order

●      On playing the long game, and maintaining energy and enthusiasm for work

●      Who the Vinklewoss twins really are

●      Big tech companies and our attention

This episode was brought to you by Blinkist - get your free 7-day trial at www.blinkist.com/futuresquared

Episode #334: Ryan Serhant on Selling Your Way From Rags to Riches