Episode #279: Steve Hughes on Comedy, Depression and the Downside of Political Correctness 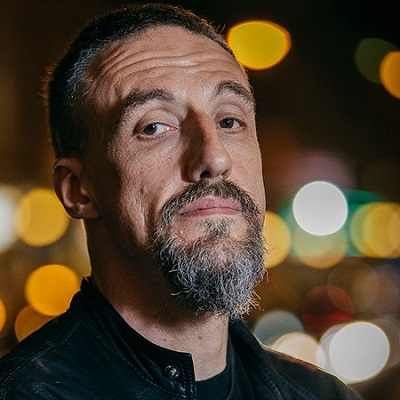 Steve Hughes is an internationally renowned stand up comedian who tells it like it is, refusing to shy away from the confonting and what is often interpreted as controversial. Steve is incredibly observant, bringing with him worldly insights into the bleeding obvious and comes armed with what he says is more issues than an Occupy movement.

Steve spent the first half of his career as a heavy metal drummer for bands such as Mortal Sin before burning up the international comedy circuit, which he has been doing for more than 12 years now, having toured throughout Europe, Australia, USA, Canada & New Zealand to rave reviews and mutinous laughter.

However, don’t be fooled, this conversation goes way beyond the realm of just comedy and heavy metal and we spend the majority of the two hours exploring topics such as political correctness and identity politics, Steve’s battle with depression, free will, the suppression of freedom of speech, preference falsification, feminism, disidentification with ego, leaning into adversity and bombing onstage, the state of the music industry, drugs, technology addiction, participation trophies and much much more.

A word of warning, this podcast is not safe for work, and is not for the faint at heart.

With that, let’s kick off my two hour deep dive with the inimitable Steve Hughes.

Note: This podcast episode is NSFW.

Episode #402: Reinvent the Way You Work with Jonas Altman

Episode #396: SOWH1 - Why Disney and Generalists Thrive in a Pandemic World