Episode #271: Are You Getting Too Much of a Good Thing? 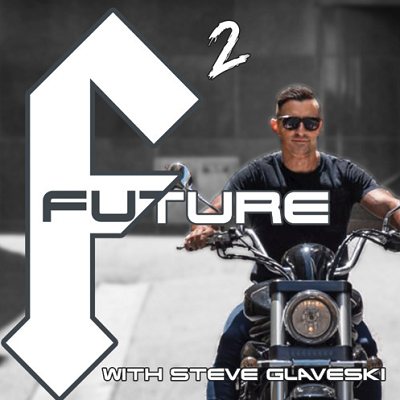 In life, we grow up thinking that the more of a good thing we get, the better. More money, more education, more friends. But too much of a good thing is not only too much, but can actually be bad for us and have debilitating consequences.

In his book, The Paradox of Choice, psychologist Barry Schwartz asserts that sure, while having no choices tends to be undesirable, having too manychoices can render us paralysed by choice and never fully committing to a decision we’ve made because we might wonder whether we could have done better. This shows up in various aspects of life, whether it’s deciding what to eat at a Japanese restaurant, choosing which job offer to take, determining a place of abode, which product to buy or which romantic partner to settle down with; ahem, of course… I’m not talking about myself here.

Satisficers tend to settle for the good enough option whilst maximisers look for the best possible option. Schwartz says that while maximisers tend to make what on paper is the better decision more often, they are generally unhappier than satisficers because their decisions are usually laced with regret and a grass is greener complex. Compare this with the satisficer fully commits to a decision once it has been made, resulting in a generally more contented and happier existence.

Schwartz captured this notion beautifully in the following inverted-U curve.

Lately, I’ve been seeing inverted-U curves everywhere. This came to a head at a Startup Grind meetup last week in Melbourne where on three separate occasions I found myself saying “it’s like an inverted U-curve” to people in reference to how much sleep one gets, the pros and cons of startups raising funding and the benefit of going to such networking events.

So it got me thinking, where else does the inverted U-curve show up in life?

This article is the result of said ponderings. I stopped myself at nineteen examples as almost endless and shows up everywhere because it is essentially a byproduct of universal laws such as the Pareto Principle (the 80/20 principle) and the Law of Diminishing Returns. Why nineteen examples instead of a nice round number like twenty? Refer to #8 on channel capacity.

I hope that this article serves as a reminder not only that too much of a good thing is indeed bad for us, but that not enough of a subjectively bad thing can be bad for us too. By becoming more conscious of how the inverted-U curve might show up in our own lives, we’ll be in a better position to determine whether we should scale down or scale up depending on where we find ourselves on the curve.

I hope you enjoyed this episode. If you’d like to receive a weekly email from me, complete with reflections, books I’ve been reading, words of wisdom and access to blogs, ebooks and more that I’m publishing on a regular basis, just leave your details at www.futuresquared.xyz/subscribe and you’ll receive the very next one.

How to Beat Anxiety with the Physiological Sigh and Get Focused

S2E8: 12 Health Supplements to Boost Your Performance at Work

Episode #405: Navigating Emotions and Healing the Heart with Amy Chan