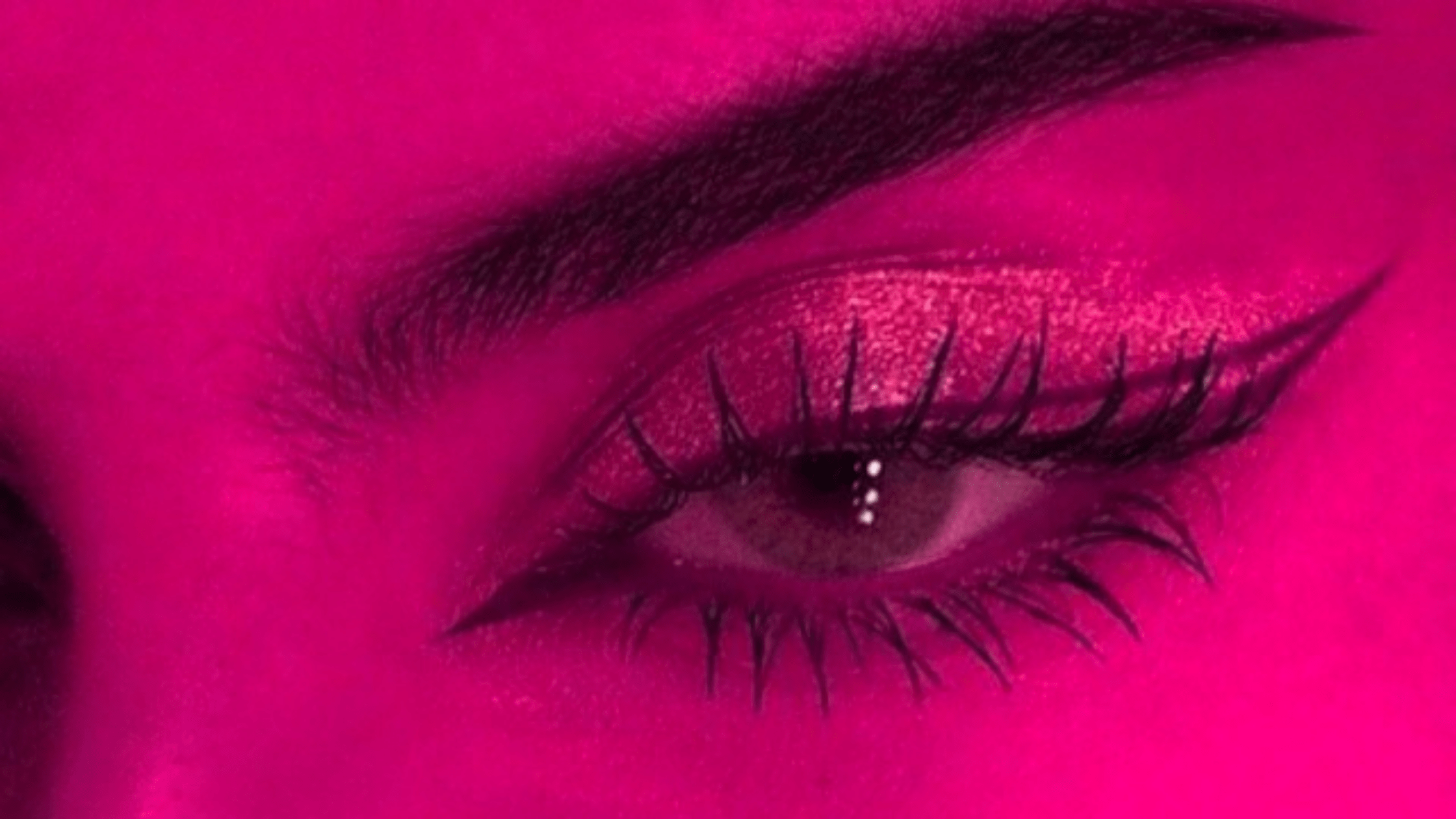 Alexander the Great’s conquests gave birth to the Hellenistic period - a blend of Macedonian, Greek, Persian, Egyptian and Indian cultures. This period (323 BC - 31 BC) was a time of radical advancement in learning, mathematics, the arts and architecture. Peace ensued and with it, trade between cities and peoples prospered.

Alexander’s reign was followed by the establishment of the Silk Road, which played a significant role in trade and in the further development of civilizations across China, India, and Europe, among others. Art expanded. Religions were transmitted. Fashions, foods and fine wares were traded. People were sharing and building upon each other’s culture to the benefit of all.

This benefit would extend to pasta - something most normal people know and love today. But if it wasn’t for Marco Polo, who was believed to have brought Chinese noodles to Italy in the 13th Century, then Garfield might have had a penchant for pizza instead of lasagne.

As Frans Johansson wrote in The Medici Effect, it’s at theintersection of different ideas, concepts and cultures that creativity and innovation flourish. This was observed in the cultural and artistic revolution of the Renaissance, prompted by the ruling Medici family, who brought the best painters, sculptors, poets, philanthropists, scientists, philosophers, financiers and architects to Florence.

We can also look to the musical mash-ups of yesteryear, be it Aerosmith working with Run DMC, or Anthrax with Public Enemy. When we combine to elements, we create new compounds.

Fast forward to today, and over the past few years we’ve witnessed a narrative emerge that threatens to send us in the opposite direction - one where we demonize the celebration of cultures other than our own, and don’t dare combine elements.

While Alexander the Great began wearing a multi-coloured tunic and diadem shortly after conquering Persia in honour of his empire’s new subjects, it has today became faus pax for white kids to do the same. They risk being chastised for dressing up as their favourite Disney characters on Halloween, whether that be Aladdin and Pocahontas. The powers that influence today’s left-leaning social narratives deem doing so culturally insensitive, and even racist - because you know, when LA Lakers fans want to show you just how much they hate the Boston Celtics, they put on a green and white Larry Bird jersey.

The list of what is today considered cultural appropriation keeps growing - Japanese tattoos, native American head-dresses, corn rows and even dreadlocks are now ‘not apropos’ for people not belonging to the respective source cultures (which itself can be difficult to determine if you go back far enough - so long as humans have existed, we have built upon and innovated around what we’ve found before us).

The latest in this long list of cultural inapropros is fox eyes - a makeup fad that emulates the almond-shaped eyes that are a feature of Asian faces.

Some Asian-Americans are calling out the trend, popular with a growing number of both white and some black women, deeming it racially insensitive. Their beef with fox eyes has to do with not just the look, but also the pulling-back of the eyes gesture. This, they argue, is reminiscent of the racist ‘slanty eye’ gestures used to mock Asians - something many in the west grew up experiencing at school in the 80s and 90s in particular.

Sidenote: As an Australian-Macedonian, I grew up being called a ‘wog’ by anglo-Australians. Almost three decades later, I don’t take offence at anglo-Aussies delighting in feta cheese and spinach filled burek at the farmer’s market on a Sunday!

One Twitter user wrote the somewhat dramatic “it’s just white people colonizing Asian eyes”, which fits well with the growing decolonization rhetoric. Another added that “racism towards Asians is so normalized”.

However, while some Asians are being ‘triggered’ by the trend, others are celebrating it.

Filipino celebrity makeup artist, Erwin Gomez, says that “some think it’s beautiful to have ‘slanted’ eyes... it’s an expression of appreciation. I am honored if my clients want more slanted eyes, because when I was young I got teased. I got teased for having big lips too but now everyone wants big lips!”

Or as my Filipino-Australian colleague, Charity De La Cruz, put it, “It's easy to be triggered when you haven't opened yourself up to the possibility that people are not teasing you, but rather celebrating your culture”. We ultimately find what we look for.

I’m with Gomez. As a white male with an Australian-born Chinese girlfriend (typical today, I know), I see the fox eyes trend as a celebration of Asian beauty.

It's is no different to Asian women in places such as China, Hong Kong and Southeast Asia, whitening their skin and getting rhinoplasty. This, despite the apparent racism towards white people in these parts, with terms such as the Cantonese ‘gweilo’ (a derogatory slang term meaning ‘ghost person’) being commonplace.

In fact, Melissa Chen - Singaporean-American editor at Spectator USA - pointed out the fact that in addition to these practices, epicanthoplasty (eyelid surgery to make the eyes larger and more ‘white’) is also common amongst East Asians. Should we accuse them of colonization too?

By living closer together, we've come to appreciate each other in ways that weren't foreseeable when we lived apart. Walls have come down.

But what all of this talk of cultural appropriation threatens is that those walls get built back up. This growing tendency to not judge based on the content of one’s character - as Martin Luther King Jr had dreamt - but to judge based on the colour of one’s skin represents a  trend away from focusing on what unites us, to placing disproportionate emphasis on what divides us.

And this game of cultural appropriation quickly becomes a slippery slope.

With the possible exception of white girls using filler to plump up their lips (for reasons having nothing to do with cultural appropriation and more to do with facial symmetry), the answer is a resounding “no!”.

Furthermore, when we spend ourselves in the elimination of apparent cultural appropriation, we take the spotlight off the genuine problems. As Chen tweeted, “Actual anti-Asian college admission policy isn’t the problem. Eye makeup is. Got it.” This was in reference to Harvard University’s systemic discrimination of Asian-American students in order to boost racial diversity (if Harvard judged applicants based on academic results, 43 percent of students would be Asian-American, but only 19 percent are).

Will the newfound rage against celebrating other cultures not rest until we’re completely segregated along ethnic and cultural lines?

Turns out we tried that once...and it wasn’t so great for everyone.

For an apolitical take on the subject of cultural appropriation, look no further than the heavy metal community. Often derided by the mainstream, it has today become commonplace for pop-stars as well as teenage girls to wear heavy metal t-shirts, usually with little to no knowledge of the bands they’re effectively promoting.

Phil Anselmo, frontman of the legendary Texan metallers, Pantera, told Revolver magazine that “It doesn’t bother me at all...anyone wearing a Morbid Angel shirt is okay with me!”

It has become fashionable to declare one triggered nowadays, and signal group inclusion in the process. It’s a way of fast-tracking a self-inflated sense of one's moral righteousness.

But we could all benefit from being just a little more like Anselmo, effectively nonchalant when it comes to trivial matters, and instead do as Theodore Roosevelt urged in his famous Man in the Arena monologue, and spend ourselves in a worthy cause. And as history has taught us, we stand to gain a lot more than we lose by embracing each other and each other's cultures, rather than drawing lines in the sand.