What Sociobiologists and the Intellectual Dark Web Have in Common 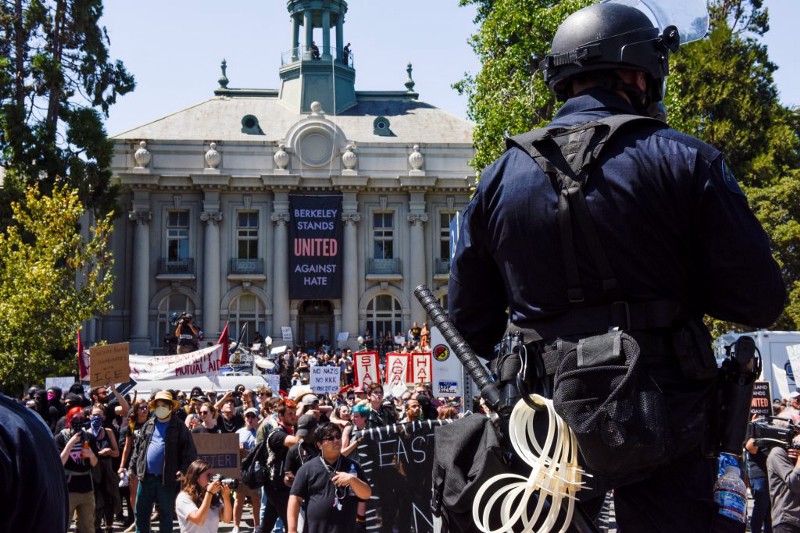 Sociobiology examines and explores social behaviour in terms of evolution and draws on a number of disciplines including zoology, archaeology, anthropology, genetics and ethology to form its theories.

In the 1970s, when the discipline was still emerging, human sociobiology was considered controversial. As Robert Sapolsky noted in his book Behave: The Biology of Humans at Our Best and Worst, this field of science had its talks disrupted and conferences picketed, with zoologists guarded by police at lectures.

Because sociobiologists were accused of justifying people’s and society’s behaviour, and that violence, inequality, male dominance, xenophobia and insert negative trait here, are all natural and might have evolved for good reasons. Popular science author, Steven Pinker, argues that critics of the field have been swayed by politics and fear of biological determinism. It’s been said that the problem with a deterministic theory like this is that it might render people fatalistic; if destiny exists then their efforts will make no difference either way. “Why should I try if the outcome is determined?”

Sociobiologists were, however, quick to respond to such criticisms, suggesting that just because one observes something it doesn’t mean they advocate for it. It’s kind of like saying oncologists advocate cancer just because they observe and diagnose it.

As Sapolsky noted, eventually, the political posturing lost stream, research improved and everybody settled down.

Today, talks are again being disrupted, conferences being picketed and a group of thinkers who advocate for the free exchange of ideas, are being guarded by security on University campuses. Berkeley University spent $600,000 on security to try and keep the peace and protect conservative speaker, Ben Shapiro, during his visit to deliver a speech in September of last year.

Of course, the group I’m referring to is loosely described as the ‘intellectual dark web’, a term coined by mathematician Eric Weinstein — a member of the group — a group that also comprises of members from across the political spectrum, such as David Rubin, Jordan Peterson, Sam Harris, Ben Shapiro, Joe Rogan and Bret Weinstein.

As Meghan Daum put it in the LA Times, “some in this movement are liberal, and some are conservative. They come from a range of backgrounds, professions, generations and identity groups. They differ on details, but they are united by a common set of frustrations and corresponding goals. To put it simply, they wish to foster a new discourse that can allow innovative thinkers to wrestle with the world’s problems without having to tiptoe around subjects or questions deemed culturally or politically off-limits”.

This picketing of conferences by groups that can only be described as belonging to the far-left, is nothing short of an attack on free speech, something that many on the left associate the right with.

I often cringe when I hear of school debates that advise students to argue a position even if the factual information they use isn’t 100% accurate, so long as it serves their position. School debates tend to be based students never changing their mind, and sadly, this misguided thinking has graduated and is pervasive in today’s social, political and enterprise arenas, where they often have devastating effect on value creation and the common good.

As human beings, we to default to putting things into neatly demarcated buckets — us and them, black and white; it’s how we make sense of the world. However, doing so seriously compromises our ability to think.

To counter this, regardless of what you read or learn, keeping a ‘strong opinions, loosely held’ way of thinking will leave you ready and open to having your opinion changed if the argument and evidence to the contrary is strong enough. Seek out opinions and evidence from different people, disciplines and political leanings, not only your own. Never perceive an attack of your position as a personal attack as it will render you more likely to defend it, rather than exercise reason to come to a mutual understanding.

As author Adam Grant put it in a recent tweet, “when you’re in a heated argument, stop and ask “what evidence would change your mind?” If the answer is nothing, there’s no point in continuing the debate. You can lead a horse to water, but you can’t make it think”.

We could freely exchange ideas, without recourse, and seek the truth that will help us to reconcile the unanswered and move forward; or we could muzzle those whose views aren’t immediately aligned with our own, shut down civil discourse and revert back to a picketing zoologists at conferences.

Don’t be the aforementioned horse.
Seek the truth, not your truth.