The Problem with Tribalism in Crypto 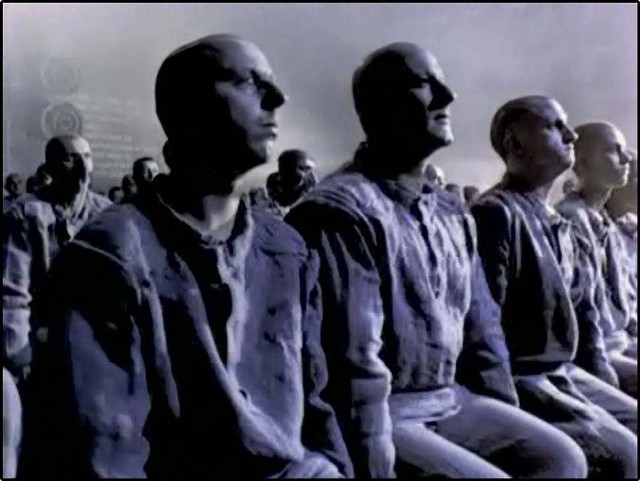 Human beings have been organizing themselves into tribes ever since we were hunter-gatherers tens of thousands of years ago.

To be ostracized from one’s tribe not only lead to imminent and premature death, but also a loss of identity, and emotional and spiritual devastation.

It meant no longer being seen, being needed, or being loved — three fundamental emotional and spiritual needs, the absence of which can make our lives feel devoid of purpose.

As a 79-year-old Italian-Australian barber told me recently while reflecting on his work and his long-departed friends, “when you have no reason to wake up in the morning, you stop waking up”.

While we like to think of ourselves as having evolved beyond recognition from that of our stone age ancestors, the truth is we are still driven by many of the same needs.

While technology might have evolved to the point where we have access to all of the world’s information in our pockets, we are still the same human beings biologically and neurologically. We still gravitate towards tribes to satisfy our fundamental human needs.

From the fervent and sometimes-violent supporters of football clubs in Europe and South America, to the long-haired and battle vest-clad headbangers who pledge their allegiance to heavy metal music.

From radical far-left and far-right political movements, to the army of crypto-bros dominating your Twitter feed with token price charts and NFTs.

We have never had more tribes uniting and dividing us.

One of the strongest desires we have in life is to maintain our sense of identity.

Identity gives us a base from which to navigate the world.

It gives us a sense of self.

It helps us develop self-esteem.

It communicates who we are to the world.

The loss of identity can feel like a form of death.

When preserving our identity is fundamental to tribal membership, and it usually is, we hold onto it for dear life.

Not only that, but when we take on the values and beliefs of a tribe wholesale, we stop thinking for ourselves. We cherry-pick information that confirms and hardens us to the tribe’s pre-existing beliefs, amplify all of the reasons why our tribe is right, and downplay or simply ignore all of the reasons why our tribe might be wrong. We become captured by our bubbles and can’t see beyond them.

Tribal membership tied to our identity can deprive us of personal agency. But here’s the rub, it’s an identity that is barely our own and doesn’t serve to distinguish us —it simply buys into prevailing group narratives without truly thinking through their merits.

But human beings are wired to conserve energy and take path of least effort, so if everybody in our group is saying something, it’s much easier to believe that than form a view of our own.

When we no longer seek out a better way and no longer appreciate nuance; we just seek to ‘prove’ that our tribe is ‘right’, often by shouting down dissenting voices.

Earlier this year, we witnessed one of the biggest blow-ups that the crypto world has seen in its short lifetime, that of the Terra(Luna) mass-liquidation event, a contagious event that along with macro market forces, saw 70% (or two-trillion dollars) of crypto’s market cap wiped away.

Anybody who publicly challenged Terra, or its unhinged founder, Do Kwon, was shouted down by an army of ‘Lunatics’. As a result, dissenting voices were either drowned out of the public conversation, or people simply shied away from challenging Terra.

But as Winston Churchill said, when reflecting on truth, “Malice may attack it, ignorance may deride it, but in the end, there it is”.

Fast forward just several months to today, and this time, an almost nuclear event, the bankruptcy of leading centralized exchange FTX and its founder Sam-Bankman Fried (SBF). Up until that point, SBF had become a poster child for the effective altruism movement, pledging to give away his entire multi-billion dollar net wealth for social good.

The overnight fall from grace, a result of nefarious and illegal moves on the part of SBF— including using an essentially worthless token as collateral, saw 30% of crypto’s already dwindling global market cap destroyed, and SBF’s $16 billion fortune wiped out.

FTX’s downfall has reignited the pro-DeFi, or decentralized finance, narrative.

“This wouldn’t happen with DeFi”.

“This is why we need to move away from centralized exchanges and towards DeFi”.

“The problem with FTX was CeFi, not DeFi”.

Yes, DeFi has its benefits.

The ability to rely on battle-tested code enshrined in immutable smart contracts, instead of relying on self-interested and not always ethical middlemen, could offer us a better way.

But is it battle-tested?

Aave, which has over US$4 billion in value locked and has worked like clockwork to date, boasts just 5,500 daily active users. Compare this to the 805 million online banking users globally.

Is 5,500 daily users enough to deem something ‘battle tested’ on a global scale?

Yes, the code is open-source and transparent, but how many people know how to interrogate said code? And how much can we rely on independent smart contract auditors?

The Wormhole bridge hack led to US$320 million in losses, despite its code being reviewed by auditing firm Neodyme.

The Nomad bridge hack led to the loss of US$190 million, despite its cod being audited by Quantstamp just two months prior.

And let’s not forget the US$650 million stolen from Axie Infinity’s Ronin network.

In 2022 so far, over US$3 billion has been stolen from DeFi protocols. And this is with just 5 million wallets connected (but not actively using) to DeFi protocols. This amounts to less than 0.1% of the global internet population.

Anybody who has used DeFi protocols knows that the user experience is terrible.

Anybody who has spent time in web3 communities online — be it on Telegram, Discord, or Twitter, knows about the relentless number of sophisticated scams and hackers permeating the web3 space.

It is enough to scare almost anyone back to Wells Fargo once exposed, or at the very least, to keep most of their funds in TradFi and consider DeFi a fun experiment.

It is for this reason that 95% of my net wealth is in stocks, index funds, property, private equity, and regulated and centralized crypto exchanges.

DeFi also relies on people to manage their own private keys — essential to access their funds, but people have a tendency to lose their actual car or house keys. How do we think they’ll go not losing 64–character strings or 24-word recovery phrases?

Other arguments have essentially amounted to strawman jabs at centralized exchanges.

I’ve also never had to worry about the funds in my bank account going missing overnight, and if they did because of fraud or what have you, I’m 99.999% sure they’d be recovered.

To be clear, DeFi’s shortcomings are hurdles and not roadblocks. These are challenges that characterize early-stage innovation that need to be ironed out.

But can we stop downplaying or outright ignoring them?

Until we can reliably and easily use DeFi protocols, the world won’t be ready for it, and it is not ready to replace TradFi.

When you subscribe to the values of a tribe too closely, you lose the ability to think for yourself, you outsource your beliefs, you fall victim to mob mentality and FOMO, and you become no better than a puppet, at the mercy of the flow of the river.

Contrary to spiritual wisdom, sometimes it pays not to be like water and just go with the flow.

But people derive far too much from tribal membership that they choose not to speak out, even though they know on some deep level that they should.

They want to be seen to be supporting the movement, not detracting from it.

But if web3 is to be successful, we need to be honest about its shortcomings and work towards solving them, rather than move forward with blinkers on, downplaying the negatives.

If we’re not transparent and honest about the challenges, we will inevitably have more public blowups, and more blowups will mean that public sentiment about crypto, already extremely negative thanks to this year’s events, will continue to regress.

It also means that crypto will attract burdensome and destructive regulation — just look at the moves being made by the likes of Elizabeth Warren and co, as opposed to regulation that’s designed to serve crypto and protect its adopters.

It’s time that web3 let go of its toxic tribal qualities and all of the hyperbole about community and instead focus on what the original promise was — solve problems and provide value for the world.

Because unless your name is Beeple, and you sold a JPEG for US$60m, crypto has been causing more harm than good for most people.

If crypto is to survive, it needs to create more value for humanity than it extracts, and it needs to be honest. Otherwise, it will go the way of socialism and other systems that promised the world but ultimately failed to deliver.

The Problem with Tribalism in Crypto