How to Have More Finishing Kicks to Increase Your Productivity 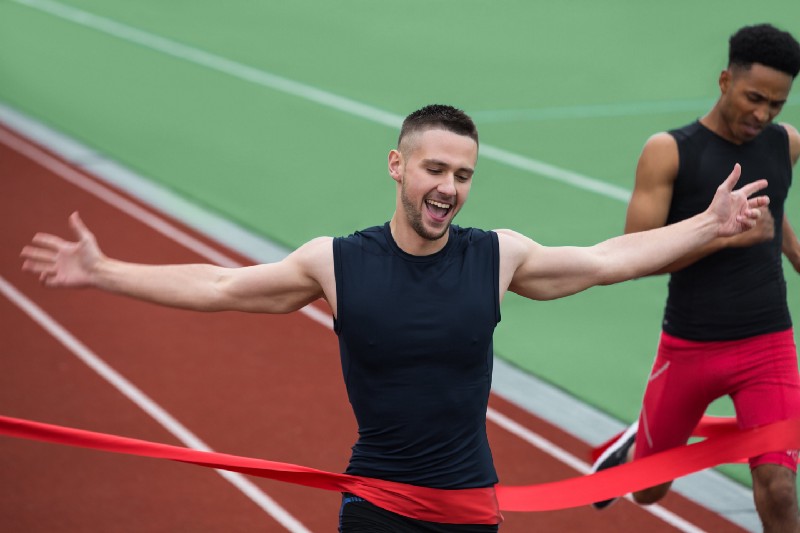 I recently spoke with Alex Hutchinson, author of Endure: Mind, Body, and the Curiously Elastic Limits of Human Performance for the Future Squaredpodcast.

Alex writes that “almost a decade ago, Ross Tucker and his colleagues at the University of Cape Town published a striking graph showing the average pacing strategies in men’s middle- and long-distance track world records over the past century”.

The patterns are remarkably consistent. In the 5,000 and 10,000 meters, the first and last parts of the race are the fastest — of the 66 records set in the modern era in these two events, only once (Paul Tergat in 1997) has any kilometer other than the first or last been the fastest.

He adds that “there are a number of different ways of looking at this. It could be a result of the psychology of pacing: the farther away the finish line is, the more conservative you’re likely to be. Or it could, as Tim Noakes and others have argued, reflect some sort of hardwired protective mechanism in the brain: no matter how hard you try, it’s only when you’re about to stop that you’re allowed to access your emergency reserves”.

This tendency to speed up as we approach the finishing line is called ‘the finishing kick’, and it can be found not only in endurance sports, but weightlifting, and if you look closely enough, the workplace.

We often double down as a deadline approaches or when the financial year end looms large and bonuses and promotions hang in the balance.

Time, and our perceptions of it, clearly play a part in influencing how we perform.

Imagine if we could perform at a finishing kick pace more often — what might it mean for our output levels, the results we achieve and our ultimate success? Take compounding effects into account and we’re talking proverbial light years between where you end up in a few years time.

So, how might we hack our environment to induce a finishing kick more often?

In my team at Collective Campus, we recently moved to something we call 13 week years. Rather than focus on annual goals, we have quarterly goals, and for each goal we have a number of ambitious tasks that need to get completed before the quarter ends — these tasks will move the dial a considerable way forward to help us achieve said goals. This keeps everyone focused and avoids the conservatism associated with the finishing line being far away.

This experiment, so far, has been paying dividends, so much so, that we might tinker with 4 week years very soon.

One thing i’ve learned in the past few years is that whatever your desired outcome — using your phone less, eating less junk food, getting employees to contribute ideas to an innovation program or building more finishing kicks into your team’s performance — hacking your environment is one of the best ways to help you organically achieve said outcome.

Get Alex’s book on Amazon.