12 Lessons from Ryan Serhant — From Broke to Bravo 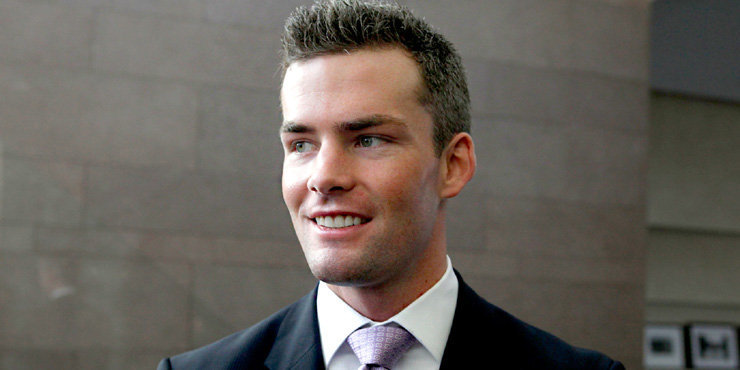 Ryan Serhant is a co-star on Bravo’s hit show Million Dollar Listing New Yorkand the star of Sell It Like Serhant.

He fell into real estate by accident after giving up his acting career. He made just over $9,000 his first year in the business. Ten years later, he leads a team of 60 brokers and averages a billion dollars in sales every year, making him one of the most successful real estate brokers in the world.

He is the author of Sell It Like Serhant:How to Sell More, Earn More, and Become the Ultimate Sales Machine, which has gone on to become a Wall Street Journal bestseller.

I had the opportunity to have a short but rewarding conversation with Ryan for the Future Squared podcast (listen below), and we unpacked his rise from having his debit card declined to leading a billion dollar brokerage.

Find some of the key things I learned from my conversation with Ryan Serhant below.

1. Build a business for the next 50 years, not just for today

Too many entrepreneurs focus on quick wins, but not sustainable growth. Focus on building a sustainable business and on long-term relationships, not just today.

Ryan originally tried to make it as an actor, and later a hand model (no, his career didn’t go the way of George Costanza’s hand modeling career), but failures in these domains forced him to find a new passion, which he did in real estate.

Take-away: Just because you can’t make a living doing what you love right now, it doesn’t mean you can’t find something else to live that will actually pay you.

3. Adversity is a speedbump, not a brick wall

When Ryan had his debit card declined at the Food Emporium 10 years ago, he didn’t treat it like a brick wall. He focused on what he did have — such as his health and drive — and pledged to turn things around, which he did by becoming a multi-million dollar real estate broker, TV star and author.

Take-away: How you choose to interpret setbacks will determine how you respond. Focus on the positives and move forward. As Marcus Aurelius put it, what’s in the way becomes the way.

It took Ryan almost 18 months to stop living paycheck to paycheck, and even then he was only at a position where he did not have to think about rent for a few months.

Take-away: If you’re not getting big results in the first year, don’t be discouraged. It’s a marathon, not a sprint.

To this day, Ryan remembers what it feels like not to have money.

As a result, he has a positive relationship with it.

“Money is not there to be spent mindlessly. I use to it build, to create more money.”

The same holds true of VC-backed startup entrepreneurs who have never bootstrapped a business. They tend to be the same startups who blow everything on employees they don’t need and features nobody asked for.

As an ambivert myself, I was intrigued to learn that Ryan still suffers from shyness and social anxiety, particularly in large groups. “I hate being the center of attention, and going to parties kind of freaks me out”.

But it’s about how he responds to this anxiety.

Ryan’s wall was having his debit card declined.

Reflecting on my own as an entrepreneur, my wall is not having to be accountable to people who I don’t respect, and not wanting to suffer from anxiety every Sunday evening as I dread another week doing something that I don’t enjoy. That’s one world I never want to go back to.

8: “No” is the start of the conversation

“When someone says no, I ask the same question a different way.”

Most salespeople follow-up when trying to close a deal, but once the deal is done they walk away. By following back, and repeatedly checking in on the client, post a deal, you’ll become a super achiever salesperson, not just an average one.

When you are your own boss, systems are key to ensuring that you don’t waste your time doing stuff that makes you feel busy, but ultimately leaves you with nothing to show for it come the end of the day, week, month or year. Ryan combats this by allocating hours in his day to find, keep and do.

As your business grows, you’ll do more finding and less doing.

Echoing the words of other high performers, Ryan puts himself through grueling morning workouts (like an hour of sprints on the morning of our conversation), in order to build a better relationship with adversity.

“Once I get through that, everything else seems easy”.