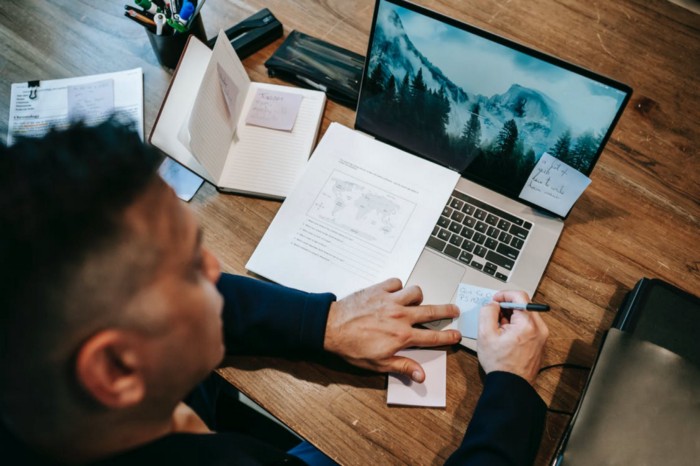 “The truest happiness lay in working hard and living frugally.”

I once embodied this ethos, put forward by none other than a pig. That pig being Napoleon, the Stalin-inspired leader of George Orwell’s Animal Farm.

For years I would beat my chest and #hustle. I’d wake up at 5AM, hit the gym, and proceed to work a twelve-hour day. I’d look down upon anybody who didn’t and write them off as lazy and inept.

For me, work became the great equalizer. It elevated my ego and gave me a sense of self-worth.

You see, I was quite young when I developed a nagging sense that I wasn’t enough.

At the risk of sounding like The Goonies’ Chunk, in the first grade, I wore a leg brace akin to the one that Forrest Gump wore as a child. Like Gump, this attracted the unwanted attention of fellow classmates.

In the fourth grade, I was bullied because of my Meditteranean features — aka, a big schnozz, one that would make Ray Romano proud.

And in high school, a sense of otherness led me to grow my hair long, wear nothing but black t-shirts emblazoned with dark, melancholy themes, and seek solace in heavy metal music.

As I grew older and my hair grew shorter, I set out to once and for all do away with this gaping sense of worthlessness. Having grown up a first-generation Australian and son of hard-working Eastern European migrants, I did this the only way I knew how — by working harder than everyone else.

In the words of the infamous Blackie Lawless, singer of rock band WASP, I wanted to be somebody.

I got my Bachelors’s degree, shortly followed by a Masters’s degree, and somehow managed to score gigs at prestigious consulting firms such as KPMG and EY.

I was on six figures.

And I had watermarked business cards that would make Patrick Bateman envious.

These cards were more than just pieces of cardboard. They associated my name with that of a brand much bigger and more reputable.

But after a while, that sense of not being enough crept in again.

And so, at the age of 30, I struck out to start my own consulting business, applying the same hard-working ethos.

Within 18 months, it became a 7-figure business.

I could now outsource my sense of self-worth to my business.

What better way to validate that I was somebody than a quantifiable profit and loss statement?

But after a while, I normalized this. Instagram, with its social comparisons on tap, probably didn’t help my cause. And before too long, I felt like my old insecure self.

The goalposts were moving again, and so was I.

What next, I thought.

I started to write books, having secured a book deal with Wiley. I contributed half a dozen articles to Harvard Business Review. I spoke at SXSW.

Surely that would do it.

But before too long, and perhaps against my better judgment by this point, I again felt a nagging sense of inadequacy.

I felt that I should be doing more, earning more, being more.

Years prior, perhaps a result of listening to one too many Tim Ferriss podcast episodes, I read Seneca’s Letters From a Stoic.

At the time, I didn’t really understand this. Let’s face it, I was only reading Seneca so I could think of myself better than others.

After my writing exploits brought me no closer to liberation from suffering, I decided to re-read this book. As the adage goes, when the student is ready, the teacher appears, and this time I understood what the old philosopher was getting at.

It became painfully obvious to me that I needed to stop deriving my sense of self-worth from other people’s opinions of me and instead live according to my own nature.

Just what that meant, I didn’t know.

I hadn’t stopped working for long enough to get a sense of who I truly was and what I truly wanted to do with my life.

As the late mythologist, Joseph Campbell put it, “The dark night of the soul comes just before revelation. When everything is lost, and all seems darkness, then comes the new life and all that is needed.”

In essence, I needed to die to be reborn.

No amount of dollars in my bank account, framed books on my wall, or followers on Twitter, was going to change how I truly felt about myself on the inside.

I took time away from work to do all of the things — meditate, read philosophy, see therapists, speak with all manner of so-called gurus, and ultimately, spend time with myself.

I read Paulo Coelho’s The Alchemist, which tells the tale of a young shepherd by the name of Santiago. He goes on a long journey in search of treasure, only to find that the treasure was at his feet before he embarked on his journey. But only by going on this journey could he discover this.

And like Santiago, I too came to a startling realization that the treasure I was looking for was at my feet the entire time.

What was I searching for all this time?

I was searching for acceptance of self.

I was searching for unconditional self-love.

The nature of work transformed.

It was no longer purely about making money, but it was now about serving others — doing work that truly made a positive difference in the world.

The hours I worked transformed.

No longer leaning on work as a socially validated crutch instead of actually engaging in the world, I found myself working no more than six hours a day, and often less. I realized that anything more than that was wasted time and not at all productive.

The reason I worked transformed.

It became about not just serving others but serving myself. It became a means by which I could liberate time to invest into cultivating meaningful personal relationships with others, contribute to philanthropic causes, and continue to cultivate a meaningful relationship with myself.

Only when we learn to truly love ourselves can we truly love another.

Only when we learn to truly accept ourselves do we create space to meet and live in alignment with our true selves and not what society expects of us.

Today, I no longer embody the ethos of Napoleon, the pig.

Instead, you could say I embody those of his predecessor Snowball, a leader who saw work as a pathway not to validation but to liberation.