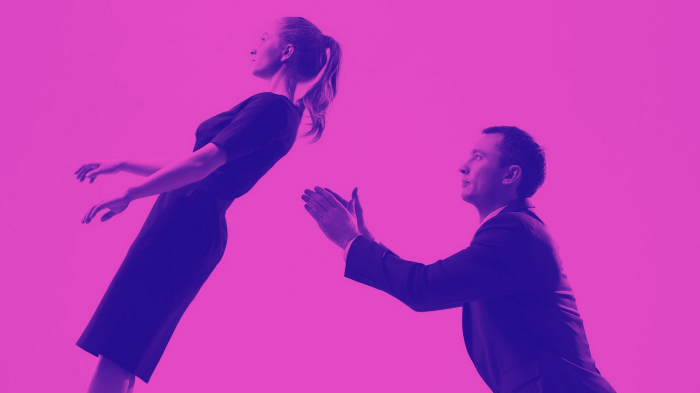 What kinds of team bonding activities should we run to help our people connect more while working from home?”

I was asked this at a recent productivity and remote work webinar I hosted.

Yes, there are things you can do.

Here’s another 57 ideas that are sure to make you cringe.

The Truth About Team Bonding Activities

The truth is that team-bonding activities ultimately take people away from important work, family, friends, and personal interests.

As such, people should be able to choose whether or not they participate in token initiatives without fear of obvious or subtle recourse.

If your organisation has a genuinely worthwhile mission, and the people on the bus are both capable and aligned with said mission — and not turning up just for the paycheck — then you don’t need team bonding activities, especially not the kind that sees people secretly rolling their eyes when a facilitator isn’t watching.

Whether it’s business, sports or military combat, when you share a meaningful and challenging journey with other people, one that’s characterised by short feedback loops and some indication of forward progress, you inevitably will bond.

And you’ll bond a whole lot more than you would with a ‘trust fall’ exercise.

The Chicago Bulls, Netflix and Amazon

No doubt the Chicago Bulls team glorified in The Last Dance documentary share a unique and enduring bond thanks to their six-time championship-winning efforts on the court in the 90s.

No doubt the early employees of Netflix bonded over their trying to figure out a business model that would work, as they went from VHS to DVD to online downloads in the space of several years, rejecting an acquisition offer from Amazon before later being rejected themselves by Blockbuster.

They didn’t bond over in-house yoga classes — in fact, their makeshift office featured mismatched chairs, some of which came from co-founder Marc Randolph’s house! They bonded over their mission — to entertain the world.

Episode #366: The Early Days of Netflix with Marc Randolph

Incidentally, Netflix is today heralded as having one of the strongest and empowering company cultures of any organisation, best encapsulated in its famous Culture Deck.

Ultimately, the company is sparse on debilitating process and policy which appeals to A-players, who as a result can truly make their mark on the company rather than spend their time in meetings seeking consensus for every decision. This has had a compound effect on decision-making and execution over time, and the rest, as they say, is history.

At the time of writing, Amazon was worth US$1.44T, and they too started out in the most inauspicious surroundings (below). But when you have capable people who believe in the mission, what your office looks like is not a key consideration.

As Richard Branson says, he’s successful because he hires people smarter than him, empowers them with a worthwhile mission, gives them the resources they need to succeed, and gets the hell out of the way.

The Science of Human Motivation

You know who weighs up things like office perks when deciding whether to work somewhere? C and D players. A players want to work somewhere they can do meaningful work, and be rewarded for it.

As Dan Pink put it in his book on human motivation, Drive, it’s not extrinsic rewards such as pay and bonuses alone that get the very best out of people. Sure, we all need to eat.

But for A-players, it’s the opportunity to learn and grow, it’s a sense of control and alignment with the mission of the organisation. In fact, a lack of control is linked to stress, burnout, and depression — both in our professional and personal lives.

As Pink put it, being motivated at work is about mastery, autonomy and purpose.

Instead of dragging people along to more online events, at a time when they’re probably already suffering from Zoom fatigue, let them choose their path.

They might prefer instead to spend that time with their family, partner, friends, learning something new or surfing. Let them.

As Brian Singer, founder of iconic surf brand Rip Curl puts it, “no one has ever been fired for going surfing”. So too, your employees should not be fired for deciding to go to the gym instead of attending an arbitrary team bonding session.

This is not to say that we throw the baby out with the bathwater, so to speak. Infrequent events, where people can bond over learning, drinks, food, and entertainment, are something most of us enjoy, and it’s something that truly remote organisations like Automattic, Basecamp, and Zapier practice.

Bring people together on a quarterly, bi-annual or annual basis for larger global or regional events, as opposed to mandating or inviting them along to numerous team bonding activities during your workweek, just because you feel the need to justify your role in human resources.

When we were all working in offices, organisations were guilty of introducing perks that were ultimately designed to keep people in the office, like free food and in-house yoga studios. As I wrote in The Five Levels of Remote Work, most organisations are at Level 2 and are merely recreating the office online, along with all of its drawbacks.

Online bonding activities are no different. They too are designed to keep people glued to their laptops, instead of giving them the freedom to spend that time on more rewarding pursuits like, oh I don’t know, going outside and getting some sun?

What matters is doing rewarding work, and when outcomes are achieved, people should be free to do whatever the hell they like.

Let’s stop conflating presence with productivity, or hours with output, and instead focus on what matters…outcomes.

50 Lessons Learned from 10 Years in Business