What Beethoven Teaches Us about Trending on Medium 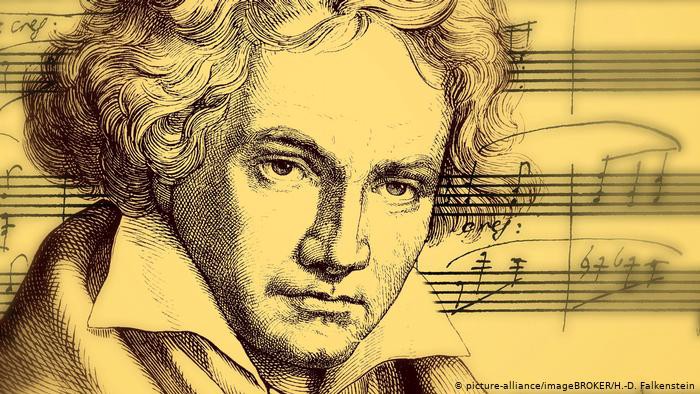 “I could write that”.

This is what you tell yourself as you read the trending work of other Medium authors.

So you create your own account. You’ve shortlisted a handful of story ideas that you think will absolutely kill. You start writing.

You commit countless hours to researching, writing and editing your stories before publishing. The dopamine you feel in anticipation of publishing your first story mounts.

The avalanche of eyeballs and attention you were expecting appears to be missing.

“Build it and they will come” you thought — at least that’s what they told Ray Kinsella!

So you publish another five stories….. crickets.

You publish another ten stories….. nothing.

You don’t understand what’s going on.

You’ve done everything right — you’ve done all of the things.

Despite all of this, you’re getting an average of just 100 reads per story!

You realise that the optimism bias is real, and this lack of traction ultimately serves to regulate your motivation.

Days later though, you’re back at it, buoyed on by an inner voice or tension that compels you to keep going. As Nietzsche said, “us humans like to fool ourselves to orient towards the future”.

A few weeks pass. You’ve just finished writing your 27th story and hit publish, not thinking too much of it. You hit the sack and resign yourself to yet another day of battling with the writer’s struggle.

The next morning, glassy-eyed with coffee still in hand, you notice something strange — you’ve got an unusually high number of notifications on Twitter.

It seems that people are sharing your most recent story.

You log on to Medium and find that ‘story 27’ got over 10,000 reads overnight, and the number is accelerating. Over the next two weeks, ‘story 27’ would get more than a quarter of a million reads, earn you over US$5,000 in pocket money, and it would be syndicated by a number of external publications.

Inspired by this success, you double down.

You write two stories a day for the next weeks.

But a familiar and unsettling feeling creeps back in. These stories combined barely get 2,000 reads.

It would be another ten stories before you again felt the elation that comes with a story — an idea — of yours, being shared by tens of thousands of people.

The Essence of Creativity

And this is, in a sense, the essence of not just trending on Medium, but of success in any creative pursuit.

As Adam Grant puts it, “you need a lot of bad ideas in order to get a few good ones. One of the best predictors of the greatness of a classical composer is the sheer number of compositions that they’ve generated. Bach, Beethoven and Mozart had to generate hundreds and hundreds of compositions in order to get to a much smaller number of masterpieces”.

Customized baseball bats, personalized shampoo and dog food formulated for individual dogs — these were just some of the ideas that Netflix co-founder, Marc Randolph, pitched to Reed Hastings, before coming upon the idea that would eventually become the streaming service we all know and love today.

Amazon’s Jeff Bezos too echoes these sentiments — “we all know that if you swing for the fences, you’re going to strike out a lot, but you’re also going to hit some home runs”.

Creative success is all about having many at bats.

Success on Medium is all about writing often — writing every day if you can.

Creativity is Having Many At Bats

I’m a two-times Wiley author, and a Harvard Business Review contributor, and I too have to contend with this reality.

Of the 250 odd stories I’ve published on Medium:

That’s not to say that the other 210 stories are all bad, because both luck and nature play a significant role in anyone’s success.

And if you’re only getting 100 views, then you don’t have a quality problem — you’ve got a distribution problem.

Writers can derive comfort form the fact that this isn’t just a convenient theory, but a universal law of nature, best espoused by Italian economist Vilfredo Pareto’s Pareto Principle, or the 80/20 Principle, which suggests that 80% of effects come from 20% of the causes.

Writing every day won’t just give you more chance of a lucky break — as luck is simply the intersection of preparation and opportunity — but it will also help you become a better writer, a deeper thinker, and cultivate for you a better sense of what resonates with your readers.

If you want to play the long game, it helps to disassociate from results and revel in the journey.

If nothing else, the feeling one gets when totally absorbed by a singular task — and the neurochemical response that follows — is well worth the price of admission, especially in a world where hyper-responsiveness and shrinking attention spans are suppressing many people’s ability to do truly great creative work.

As for this story? There’s an eighty percent chance it won’t get many reads…and that’s okay.