The Science on Purpose at Work 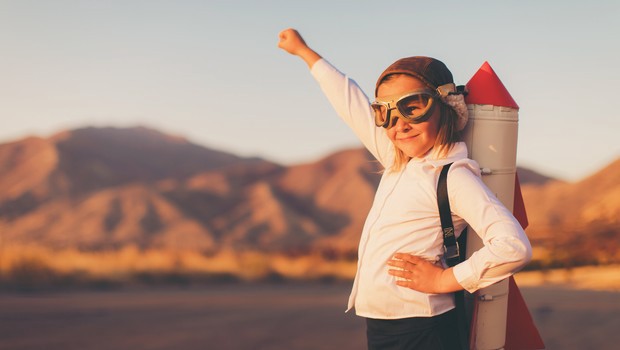 Many moons ago, the Roman philosopher-king, Marcus Aurelius, wrote that nothing should be done without purpose.

Nowadays, purpose in the workplace is in vogue, buoyed on by the influence of books like Simon Sinek’s Start With Why, as well as the relative 21st Century comforts we enjoy, prompting us to ask the deeper question about the meaning of work.

Once we’ve satisfied the lower rungs of Maslow’s hierarchy of needs, we pursue self-actualization and transcendence. And in a time when it has never been easier to start your own business or to find a purpose-led company to work for, more and more people are asking this question.

For many conservative left-brain thinkers, it’s easy to write off the cult of purpose as yet another idyllic progressive world view, reduce it to a form of “woo”, and file it away under crystals and chakras.

But purpose at work is more than just a nice idea, and an emerging body of science is starting to support its significance.

A 2016 Harvard study on corporate purpose and financial performance provided empirical evidence that organizations that score high on purpose and management clarity (‘where we’re going and how we’ll get there’) exhibit superior stock market performance and Return on Assets (ROA).

A 10-year study run by the authors of Firms of Endearment, found that an index of 18 purpose-led companies outcompeted the S&P500 index’s Return on Equity (ROE) by almost 9 percentage points during the same period (13.1% versus 4.12%).

A study out of Northwestern on the power of purpose found that individuals engaged in meaningful work at a purpose-driven organization are more engaged, committed, intrinsically motivated, and show greater involvement in organizational citizenship.

Engagement is of course tightly coupled with employee performance as well as employee attrition.

In fact, Deloitte found that purpose-led companies have a 40 percent higher level of employee retention. Gallup’s research pegged this number at 67 percent. The same holds true when it comes to attracting top talent to an organization.

Harvard Business School professor, Jon Jachimowicz, says that by focusing on your purpose, you align with your deepest values, and relieve yourself of the expectation that the long slog will be nothing but rainbows and lollipops. Purpose ultimately helps us build resilience and play the long game, which is almost a prerequisite to success in any field.

As former US president Calvin Coolidge put it, talent, genius, and education, are no substitutes for persistence.

Early studies also find an apparent link between purpose at work and mortality, with employees of purpose-led companies having a 15% lower risk of death. This aligns with research on the lived experience of elderly people who, when they feel life is completed and no longer worth living, are more likely to develop depression and/or ultimately die.

Making Purpose Work For You

According to EY, in order to make purpose work for an organization, it needs to be tied to autonomy, power and influence, and income and recognition. Otherwise, if we work for a purpose-led company and find ourselves spending all day in pointless back-to-back meetings, and jumping through 73 hoops over the period of several months in order to get simple things done, we’re likely to lose our sense of connection to our work and become disgruntled.

This echoes the central idea behind Dan Pink’s book, Drive, on the science of human motivation, in which he finds that mastery (learning and growth), autonomy, and purpose are the key intrinsic motivators.

This is one of the reasons why companies like Netflix and Amazon have built cultures on conviction, empowering their employees to take action, rather than regressing to the old-world culture of centralized control and consensus-seeking.

Purpose, of course, can go beyond the purpose behind the direct purpose behind our work. According to EY, people’s motivations are a result of purpose, income, and status. For many people, the indirect purpose — the income needed to provide for one’s family — might be enough fuel for the proverbial fire.

Some of the hardest-working and proactive people I’ve had the pleasure of working with have come out of south-east Asia. This isn’t because they feel a strong connection to the purpose of my work, but rather, a strong inclination to provide for their families.

It’s hard to argue against purpose as a strong predictor of performance, whether that be performing as an employee of a large Fortune 500 company, or performing as a freelance content creator.