The Curious Case of Cargo Cults and Corporate Innovation 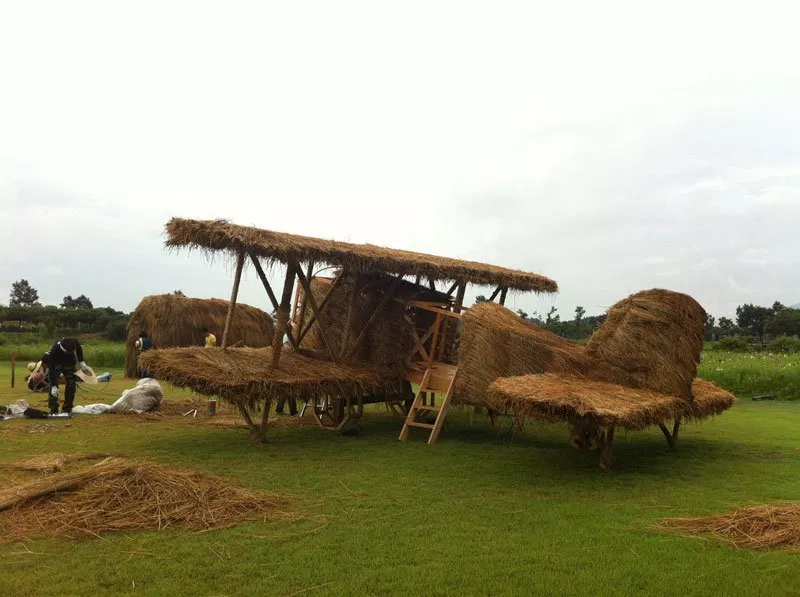 The term cargo was first used to describe a range of practices carried out by a group of people that occurs in the wake of contact with more technologically advanced societies.

“The cargo cults of Melanesia, in attempts to get cargo to fall by parachute or land in planes or ships again, imitated the same practices they had seen the soldiers, sailors, and airmen use. Cult behaviors usually involved mimicking the day-to-day activities and dress styles of US soldiers, such as performing parade ground drills with wooden or salvaged rifles. The islanders carved headphones from wood and wore them while sitting in fabricated control towers. They waved the landing signals while standing on the runways. They lit signal fires and torches to light up runways and lighthouses… many built life-size replicas of airplanes out of straw and cut new military-style landing strips out of the jungle, hoping to attract more airplanes.”

The cargo cults were clearly guilty of trying to copy the behavioural by-products of the advanced societies that visited them instead of what made those societies advanced in the first place. I might want to strike a football as elegantly as David Beckham in his prime, but all of the sleeve tattoos, fauxhawk hair stylings and pop-star pursuing in the world isn’t going to help my cause.

The modern day equivalent of a cargo cult in the corporate arena would have to be that of the innovation cargo cult, where mimicking the day-to-day activities, dress styles and characteristics of the tech startup ecosystem is practiced in place of the genuine application of effort to address an organisation’s inhibiting processes, values and systems.

The aforementioned passage could just as well read:

“The cargo cults of the corporate world, in attempts to generate and commercialise breakthrough ideas, imitated the same practices they had seen the hackers, hustlers and hipsters use. Cult behaviors usually involved mimicking the day-to-day activities and dress styles of startup founders, such as littering the office with bean bags, ping pong and foosball tables, performing daily stand-ups and wearing hoodies and sneakers to the office. Cult members eat pizza and drink beers on Fridays. They often hang out at coworking spaces and hip inner city cafes, hoping it will result in an increase in market capitalisation.”

Organisations that are serious about transforming the way they do things look beyond surface level manifestations to what makes modern companies such as Amazon, Netflix or Slack successful today. This goes beyond the exterior to things such as creating an environment that truly supports experimentation, that is empowering rather than micromanaging, that is built upon foundational behaviours such as radical transparency and extreme ownership, that is cross-functional and does away with silos, that is open instead of closed, adaptable and measures outcomes not inputs.

Like human beings, organisations often default to whatever is simpler. We default to views that can be explained by a simple narrative, as opposed to views that take more complex details into account and are generally more accurate, realistic, and balanced.

While it might be more challenging to do the latter, it is the most rewarding, and if organisations are serious about staying relevant beyond delivering short-term shareholder returns, then they need to get beyond the cargo cult of today.