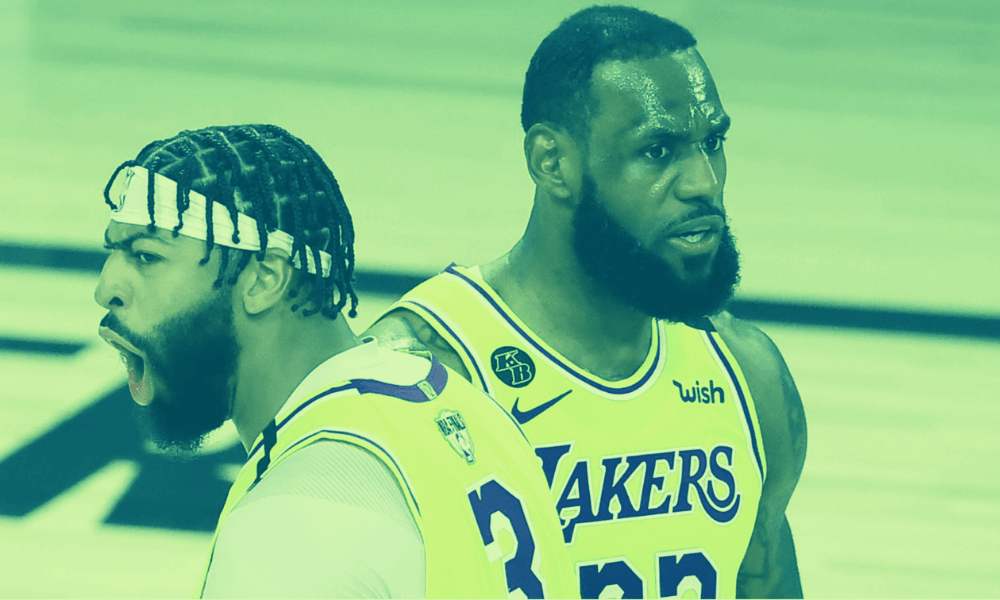 The Los Angeles Lakers have been crowned NBA Champions for the 17th time, led by the indomitable pair of LeBron James and Anthony Davis.

And based on their performance in the playoffs, you could say that they made it look easy.

But their road to the title was far from easy, and it’s a road that contains valuable lessons about  asking the big questions, and taking the hard road in life.

Staring into the Abyss

Through the five seasons to 2017/18, the Lakers were the laughing stock of the league. The best record they mustered up during this stretch was 35 wins and 47 losses in 2017/18, finishing a full 12 games behind the 8th place Timberwolves. But this record made the lacklustre Lakers look like the Magic Show of the 80s compared to their 17-65 season of 2015/16.

In the 1987 movie, Wall Street, Lou Mannheim tells a young Bud Fox (played by Charlie Sheen) that “Man looks in the abyss, there’s nothing staring back at him. At that moment, man finds his character. And that is what keeps him out of the abyss”.
The Lakers had been staring into the abyss for over half a decade, and risked becoming a big city franchise that nobody wanted to play for - kind of like the New York Knicks.

Would they find their character? They needed to ask some big questions.

Those questions were “where do we go from here?”, “who do we let go”, and “which players will we target?”

They brought on the likes of veteran Rajon Rondo, and fresh from being swept by the Golden State Warriors in the 2018 NBA Finals, LeBron James agreed to a four-year $154 million deal, bringing the contender for greatest-of-all-time to tinseltown.
They had a stacked supporting cast of youngsters, with the likes of Lonzo Ball and Brandon Ingram playing key roles in their early 20s.

They were clearly rebuilding around a young core group of players.

However, LeBron James dismissed these sentiments - “I don’t feel like this is even a rebuilding year for us. We have an opportunity to do something that a lot of people don’t think we can do”.

But if James’ words inspired Lakers fans to imagine the team returning to their former glory in 2019, those visions were quickly quashed.

In retrospect, they were rebuilding. It was clear to most observant and objective pundits that this was going to be a case of short-term pain for long-term gain. In life, we often need to take a step back to take two steps forward, and the 2018/19 season was exactly that for the Lakers. However, they did finish with their best record in years - finishing 37- 45 but still missing the playoffs by a solid 11 games.

This was an unusual position for ‘LBJ’ to find himself in - he had never missed the playoffs before. In fact, he had consecutively participated in the previous eight NBA Finals series.

It was also an unusual position for the Lakers. One of the big market franchises, with 16 championships to their name - they had now failed to make the playoffs in six consecutive seasons. Their uniforms might be golden, but their performances on the court hadn’t lived up to it. They were a long way from the Kobe Bryant-led performances that saw them go back-to-back in 2009 and 2010.

In entrepreneurial circles, startup founders raise bags of money, they build their ideas out, and at some point - based on market feedback - they choose to persevere or pivot, incidentally, a basketball term. Pivoting usually means changing something fundamental about a business model in order to increase chances of entrepreneurial success.

And the Lakers had to change something fundamental about their team in order to increase their own chances of success.

Based on lessons learned from the 2018/19 season, it became evident that the youngsters weren’t going to cut it - at least not in the short term. And James? He didn’t compete in the previous eight consecutive NBA Finals by chance. He was a competitor. He wanted to win.

And so tough decisions were made. The Lakers traded what some might have called their future - sending the likes of Ball, Ingram, Josh Hart (24) and three first-round picks packing to the New Orleans Pelicans in exchange for then 26-year-old superstar Anthony Davis. And James took to Instagram to voice his approval. "AD on da way!! Let's get it bro! Just the beginning..."

Davis, in addition to the likes of veteran center Dwight Howard, Alex Caruso and Avery Bradley, proved to be the missing pieces of the puzzle for the Lakers.

In a season marred by COVID-19, playing games behind closed doors at the NBA Bubble in Florida, and social justice politics, the Lakers rose above, returning to the top of the western conference with an admirable but not impenetrable 52 - 19 record.

The Lakers made relative light work of their opponents in what was their 50th trip to the NBA Playoffs in just 60 seasons. They dispatched the Blazers (4-1), Rockets (4-1) and Nuggets (4-1) on their way to the NBA Finals where they’d face the Miami Heat. They might have fallen short in an iconic game 5, but they closed out the series (4-2), pouring ice cold water on the Heat with a convincing win in game 6.

The Los Angeles Lakers were once again, champions.

What We Can Learn From the 2020 Lakers

The lesson for all of us, whether we are athletes, entrepreneurs, romantic partners, or just people looking to lead better lives, is that when we’re staring down into the abyss, we need to ask tough questions, and harder still we need to answer them and commit to taking action. All the while, we must concede that we’re likely to stumble and fall, despite our best efforts, and face debilitating discomfort.

But if we commit to our path, learn lessons along the way, and pivot when we need to, we - like the Lakers - will be much more likely to succeed, and almost guaranteed to get much closer to who we want to become or where we want to go.

The alternative is to grit your teeth and hope that it’ll all be over soon.

The choice is yours.