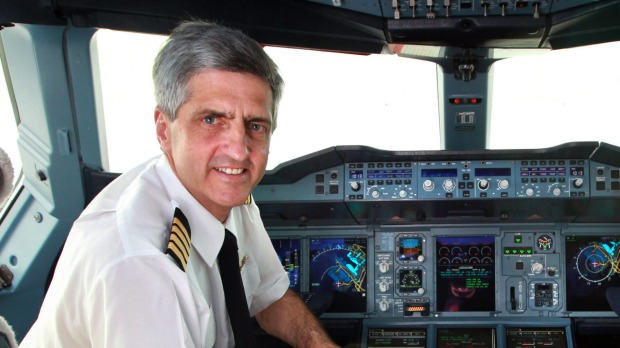 This week, I bring you two incredible conversations.

Life and leadership lessons from the pilot who successfully landed Qantas flight QF32 after losing an engine mid-flight, thus saving the lives of all 472 people on board, something air crash investigators later said was a miracle.
I also bring you lessons on reinvention from the founder of Joie De Vivre and Airbnb’s former Head of Hospitality and Strategy who joined the company at the ripe age of 52, despite never having used the platform or worked in tech before. We’re also announcing our Legal Academy and to rounds things out, you can watch my keynote at Innov8rs Sydney and I’ve got a cognitive performance test for you…otherwise known as a brain quiz!

LISTEN ON APPLE | LISTEN ON STITCHER | LISTEN ON DESKTOP
In 1975, at age 17, De Crespigny joined the RAAF: One year later, he started flying. During his 11 years flying transport, jet and helicopter aircraft with the RAAF, he was seconded as AIde-de-Camp to two Australian Governors-General, De Crespigny remained with the RAAF until 1986 when he joined Qantas, flying Boeing 747, Airbus A330 and A380 jet aircrafts.

This was a deeply insightful two hour long deep dive conversation with Richard on a number of topics that pertain to not only surviving a crisis situation in the air, which — fortunately — few of us will have to do, but how to apply the elements of resilience to better navigate crisis in our own lives, embrace adversity and thrive, whether in a business setting or even when it comes to our own interpersonal relationships.

Amongst the plethora of topics we discussed, expect to learn:

Chip Conley is a New York Times bestselling author and hospitality entrepreneur. At age 26, the founder of Joie de Vivre Hospitality took an inner city motel and turned it into the 2nd largest boutique hotel brand in the world. After being CEO for 24 years, Chip accepted an invitation from the founders of Airbnb to help transform their promising home sharing start-up into the world’s largest hospitality brand. In four years as Head of Global Hospitality & Strategy, he taught his award-winning methods to hundreds of thousands of Airbnb hosts and created the world-renowned Airbnb Open.

He is the recipient of hospitality’s highest honor, the Pioneer Award, and holds a BA and MBA from Stanford University, and an honorary doctorate in psychology from Saybrook University. He serves on the boards of the Burning Man Project and the Esalen Institute, home of the Conley Library.

Chip brought a wealth of modern elder wisdom with him into this conversation so expect to learn lots, including:

Announcing the CC Legal Academy
The way that legal services are delivered is fast changing due to advances in technology and business model innovation. This is resulting in a gradual shift towards affordable, standardised services and efficiencies in how law firms deliver services.

In the past two years we’ve helped the likes of Clifford Chance, Maddocks, Mills Oakley, King & Wood Mallesons, Pinsent Masons, Harney’s and Cornwall Stodart with their innovation programs. As the demand from law firms seeking guidance to better navigate a fast changing tech landscape grows, we’ve decided to formalise our efforts in the space by establishing the CC Legal Academy.

Tim Sherwood, Director of the Clifford Chance Academy said “the Digital Awareness sessions (that Collective Campus delivered) really moved us forward in our collective understanding of key trends. The courses were open to everyone irrespective of seniority or role, a tactic that worked well in the interactive pieces and led to greater richness in the insights gained. The only entry criterion was the need to better understand some mysterious concepts and technologies!”

FIND OUT MORE ABOUT OUR LEGAL ACADEMY

Watch: My Keynote at Innov8rs Sydney

My 18 minute keynote on The Business Case Alternative: How to Support Disruptive Innovation at a Large Company

Workshops with FWD and Standard Chartered Bank in Hong Kong

I found myself in at a WeWork in Kowloon, Hong Kong, recently to run some lean startup workshops and design sprints for Standard Chartered bank and FWD Insurance.

Lamma Island Adventures
While I was in Hong Kong, I found some time to get away for what turned out to be a 20 kilometre hike on nearby Lamma Island, home to a fishing community, amazing seafood and pristine beaches. I found myself in one of the many rural fishing villages on this island — which would fall short of the modern convention of glamorous — and stumbled upon this giant wall mural of a pig. Now, if I had seen this in Melbourne — which is awash with such murals — I might have looked twice, smiled to myself and moved on. But having come across it, unexpectedly, in this rural village, I was delighted and I felt compelled to stop, take a photo and share it online so that others could share in my delight. That is the power of the unexpected.

How might you delight customers, employees or loved ones by delivering the unexpected?

Candle Problem
In 1945, Gestalt psychologist Karl Duncker and published a cognitive performance test known as the candle problem. Sit at a table with the items shown below; a candle, some tacks, and a box of matches Your job is to attach the candle to the wall so that it doesn’t drip wax on the floor. How do you do it?

Many people begin by trying to tack the candle to the wall. Some light a match, melt the side of the candle and try to stick it to the wall. After five or ten minutes, most people stumble upon the following solution.

The key is to overcome what’s called functional fixedness, a cognitive bias. In order to solve the problem, you need to think beyond the perceived functions of the items and see the box as more than just a home for tacks.

For 35 more cognitive biases that plague our decision making, our creativity and innovation check out the following article 👉👉👉36 Cognitive Biases That Inhibit Innovation

Drive — The Surprising Truth About What Motivates Us by Daniel Pink
While I’ve been familiar with the underlying premise of Pink’s book for several years, I picked up a copy of his New York Times bestseller (2 million copies and counting!) to read at the airport.

Pink reminds us that in a world where algorithmic tasks are giving way for heuristic tasks that require critical thinking and play, that we need to move beyond what he calls Motivation 2.0 (carrots and sticks) to Motivation 3.0; intrinsic motivation. Intrinsic motivation is essentially all about the opportunity to learn and get better at something you value, the autonomy to find your own way and a greater purpose.

In fact, carrots and sticks have been shown to actually be detrimental to the performance of heuristic tasks. Start paying an artist who was previously immersed in their work purely for the love of it, and their entire psyche changes, and the quality of work often suffers with it. This is a must read for leaders and creators who are looking to get the best out of their team and themselves. GET THE BOOK

Words of Wisdom
“If I need to motivate you, I probably wouldn’t want to hire you.” — anonymous business executive

Until next time
Joi Gin! 🇭🇰