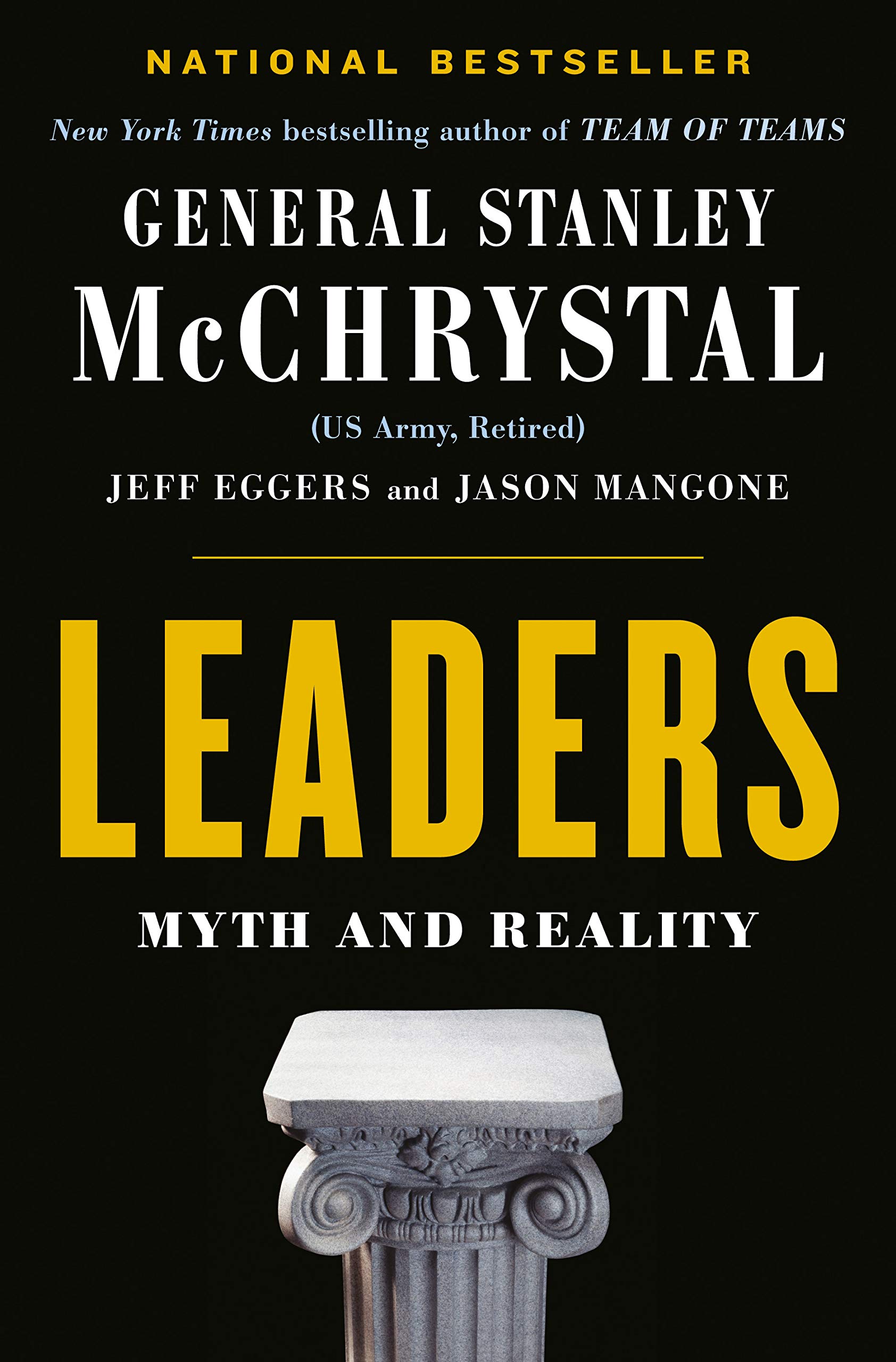 General Stanley McChrystal retired in July 2010 as a four-star general after over 34 years of service in the U.S. Army. His final assignment was as the commander of NATO’s International Security Assistance Force and all US forces in Afghanistan.

His memoir, My Share of the Task, was a New York Times bestseller in 2013. He also wrote Team of Teams: New Rules of Engagement for a Complex World. His latest book, Leaders, unpacks the myths and realities of leadership, and as a student of leadership and a military strategy enthusiast, I couldn’t wait to dig into it, and share my learnings with readers.

Rather than do as so many other leadership books do and ask “what did they have in common”, McChrystal breaks from convention and instead asks “what did they not have in common?”, in order to uncover fresh insights that challenge our long-held beliefs and notions of what a leader looks like.

With that, here are my key takeaways from Leaders.

2. Leadership can’t be boiled down to a set of character attributes; because…

3. Leadership is contextual, and what works in one set of circumstances won’t necessarily work in another

The same applies to countless business methodologies and how-to narratives. Many of the ‘Good to Great’ companies chronicled in Jim Collins’ bestseller are no longer on the S&P500.

4. Questioning fundamental beliefs is key to discovery and innovation

Albert Einstein did this on his way to discovering his theory of both general and special relativity.

5. Being close to a problem but free from related institutions and epistemic bubbles can prove advantageous, because…

Many of us spend more time playing politics, aligning ourselves with people, and outsourcing accountability via pointless meetings than actually creating.

This worked for Einstein at cocktail parties, but I’ve found it works for me in noisy cafes.

Creativity requires a duality of collaboration and solitude. Abraham Lincoln required considerable time alone to reflect whilst planning his next move during the American Civil War.

9. Genius is rarely bestowed upon us, so when we encounter it we don’t feel cheated, we just gaze at it in wonder

Few of us are jealous of Elon Musk, for example.

10. Heroes are symbols of what’s possible

And that’s why they make for hot box office tickets!

Generals of armies past did this when they occupied new territories, executing prisoners that were aligned with the overthrown king, essentially to quell later uprisings.

In an organizational context, if you acquire reluctant employees who are aligned to previous leaders or ways of doing things, it might be best to let them go and in favor of values-aligned employees.

12. We turn to leaders because they give us a sense of meaning

As Dan Pink put it, intrinsic motivation is about mastery, autonomy and purpose. If you can instill in followers a sense of purpose, they will more likely to follow you.

13. Leaders aren’t geniuses — they harness the complex web of people, culture and systems in which they find themselves to achieve heroic feats; furthermore…

14. Creative breakthroughs would not possible without centuries of prior knowledge

15. A willingness to stand apart conveys a sense of purity

Today, we celebrate and follow people who polarise us, not those who sit on the fence and are afraid to truly stand for anything.

16. Help focus existing passions of an audience on a mission

In the business world, trying to sell a product that requires that you educate your audience first on why it exists and its merits is an uphill battle. Selling them something they already understand and are screaming out for, that’s akin to rolling a boulder downhill.

In trying to develop a following, which of your audience's passions can you harness?

18. Empower your group to move rapidly without needing orders from above

This comes back to a short feedback loop, which shows up in military strategies as well as in entrepreneurship. The quicker you move, the quicker you learn and the quicker you adapt, the more likely you will be to succeed, especially in fast-changing, ambiguous environments.

19. Lead by your example, not by your words

20. Having no necessities but your mission makes you formidable

‘’F*ck you money’ is one example of this.

21. Working in isolation, there is nobody to temper your impulses

So, get out of the building and collaborate.

22. Be consistent with incentives you give your followers

Otherwise, they may grow to resent each other, and you.

24. Sometimes you have to take big risks

25. Earn the trust of your followers genuinely caring for them

Creativity alone is awesome but paired with effective (rather than over-bearing) systems and logistics to get things done, then you are at a unique juncture and have a significant advantage over competitors who lack one or the other (from my own observations, the majority).

28. There is a gap between leaders public persona and private character

So don’t feel like an imposter or that you have to always be a superhero.

29. Give disenfranchised people something to belong to

30. Stories are more effective when focused into a relatable image of a single figure

For example, David from David & Goliath, Oddyseus from The Odyssey or Achilles from The Iliad.

31. Leverage new distribution channels before everyone else

Protestant reformer Martin Luther did this by leveraging the printing press before most of his adversaries, spreading his ideas far and wide.

Today, you might do this in a business context by leveraging an emerging social media channel before it becomes huge.

32. Message market fit — align your message with the language your audience understands and gravitates towards

33. Checklists force us to miss the complete picture

Sometimes it’s not about ticking the box, but about the overall experience. This applies in romantic relationships, as much as it does in business, economics or politics.

This is a powerful question to ask whenever using models to frame your learning or decision making.

Sure, all professional basketballers have certain physical attributes in common and training systems they came up in, but what did, say, Larry Bird not have in common with the rest? For starters, growing up he would shoot 500 free throws every morning before he went to school each morning.

35. Leadership is more about people following you than it is about leading.