How to Take Care of Seniors While Social Distancing and Beyond 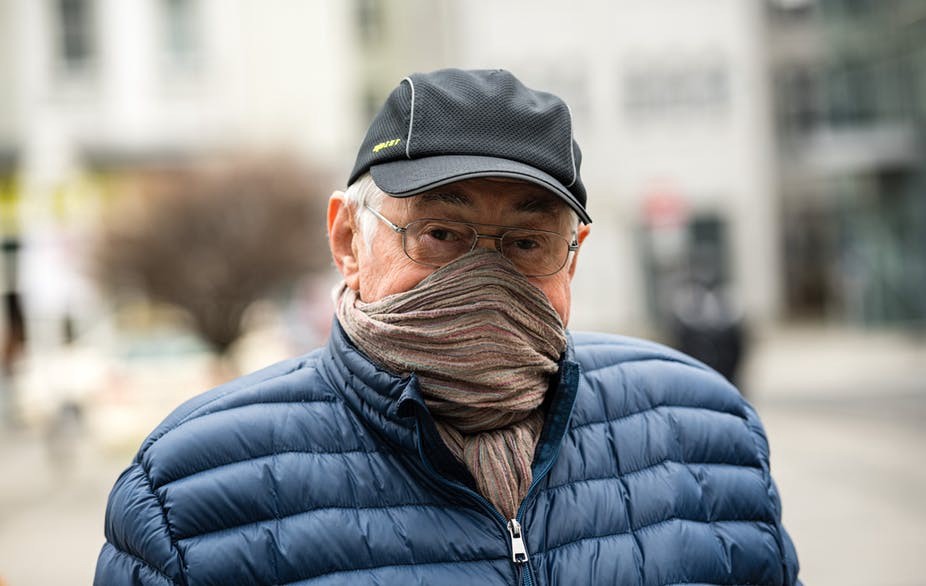 I recently had the pleasure of speaking with Paul McIntyre for an episode the Future Squared podcast.

Paul McIntyre is the host of ABC Radio’s ‘Medical Matters’ and has more than two decades of experience at ABC Radio. He is also a playwright and author.

We unpacked lessons from his latest book, Use It or Lose It — a guide to remaining vital through mid-life and beyond.

Given the strange times we find ourselves in and the fact that I have a just shy of 70-year-old mother myself, I took the opportunity to pepper Paul with questions related to taking care of seniors, as well as what we can be doing to take care of them from afar during this time of social distancing.

We unpacked learnings across exercise, nutrition, sleep, purpose, community, learning and social distancing, so this post is structured accordingly.

Perhaps you have some parents, grandparents or friends in your life that you’re concerned about. Hopefully you can take something from this brief post that can help.

You can also listen to the entire conversation below.

Episode #379: Caring for Seniors During the Pandemic ABC Radio Host, Playwright and Author of Use It or Lose It

Body-mind is a false dichotomy of sorts.

Not only that, but exercise helps stave off anxiety, and leaves us with a generally happier and warmer disposition.

Paul suggested combining exercise with keeping the mind occupied on something else such as counting backwards in 7s or 9s, or reciting lyrics from songs.

The reason for this is that by getting the mind to focus on two things at once, seniors are more likely to be able to ‘rescue’ themselves in the event of a bump by say, a passing skateboarder.

Falls leave the elderly susceptible to head trauma, internal bleeding and complications of a bone fracture, and not only result in a seriously compromised quality of life, but can also lead to early death.

Paul referenced a study which found that the peak of human happiness can be found when we consume 5 servings of fruit and 4 servings of vegetables per day. I personally found this statistic a little surprising given how many other things can play on the mind, but like most things, the truth is probably somewhere in the middle.

It’s unclear how much of the improved emotional well-being has to do with the elimination of processed foods, simple carbs and sugary drinks from diets, which have been known to wreak havoc on our guts and therefore, our minds as well.

While I’ve written at length about the value of sleep on several occasions, when it comes to old-age, a lack of sleep fast-tracks the accumulation of the protein beta-amyloid in the brain, which is a precursor to neurodegenerative disease.

Sleep is restorative, and therefore seniors can benefit immensely by setting themselves up for a good night’s rest.

To do this, they can follow my guidance here, but also exercise in the morning as opposed to the evening, and eat well.

Sleep can not only stave off neurodegenerative disease, but is also fundamental to emotional regulation and problem solving, both of which can improve one’s experience of life.

Much has been written about the link between retirement, the loss of meaning or contribution, and subsequently, an early death. For example, one study found that death rates were significantly elevated during the first, fourth, and fifth years after early retirement.

Paul suggested that while seniors might not find a new purpose overnight, they can try different things to keep themselves occupied from which they can derive a sense of identity and contribution from.

This could include activities such as gardening, volunteering or simply maintaining an active and important role in the lives of other people such as their grandkids.

Continuing to learn new things as well as rehashing things we learned previously can help us to maintain our cognitive reserve, something which holds out the promise of interventions that could slow cognitive aging or reduce the risk of dementia.

Not only that, but learning and progressing can set off a cascade of pleasurable neurochemicals which leave us feeling good for hours and sometimes days thereafter.

As director of The Longevity Film, Kale Brock, said in a previous episode of Future Squared, “you might think you’re healthy drinking your green smoothie all alone, but it might be that the two mates sitting at the bar sharing a beer at healthier at that point in time because they’re immersed in a conversation”.

Socialising helps mitigate the adverse effects of isolation and loneliness, both of which can lead to dementia. Scheduling activities in the calendar such as book club meetups, movie nights, theatre nights and so on, can help .

In addition, if we’re talking about reluctant widows or widowers, taking small and incremental steps to build momentum can be powerful. In the case of my mother, whose husband (my dad) passed away eight years ago, it took a series of small steps over several years to see her actually muster up the courage and strength to start socialising on her own.

This started with walks in the park and built up to a trip I invited her on to Singapore and Vietnam — something she loved, before she embarked upon social outings, and even cruises with friends her own age — fortunately these cruises occurred before COVID19 happened.

On this point, Paul suggested that if you have reluctant seniors in your life, rather than confronting them verbally, it might be best to write them a letter explaining your concerns.

So how can we socialise with the seniors in our lives during a time of social distancing?

While phone calls and FaceTime calls are a good start, we should make an intentional effort to involve them in our lives during these calls.

Paul recounted the story of reciting what ingredients he had in the fridge to an elderly friend of his, to which she responded with cooking instructions for a cake. He later posted the freshly baked cake on his Facebook and shared it with her. This gave her a sense of meaning and contribution.

We can also do the following:

To learn more about remaining vital through mid-life and beyond, pick up a copy of Use It or Lose It.

How to Avoid Going Crazy During Lockdown