How to Become a Great Writer with Ben Mezrich 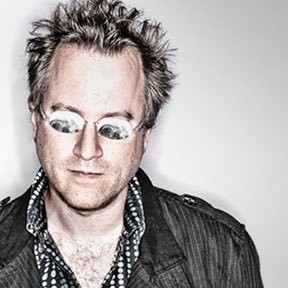 I spoke with the prolific best-selling author, Ben Mezrich, for an episode of Future Squared podcast.

Mezrich has authored 20 books in 19 years. He made his breakthrough with Bringing Down the House: The Inside Story of Six MIT Students Who Took Vegas for Millions which was adapted into the film, 21.

His book on Mark Zuckerberg, Accidental Billionaires: The Founding of Facebook, A Tale of Sex, Money, Genius, and Betrayal, was also adapted into the award-winning 2010 film, The Social Network.

We discussed the story behind his success, his latest book, Bitcoin Billionaires: A True Story of Genius, and what it takes to become a great writer.

You can listen to the episode below, or just dive straight into the lessons.

Creativity is All About Having More At Bats

Mezrich was determined to become a writer when he was just 12 years old.

In the heat of a writing frenzy, he wrote nine novels in a year after his college graduation. And they were all rejected by publishing houses. He received a total of 190 rejections before he finally scored a book deal.

Despite this, his first six published books were commercial failures.

Chalking it all up to experience, it took him nine published books to figure out what works and what does not, such as character and plot development.

Many people will not make it past their first or third tries. Mezrich’s story is yet another example of the power of perseverance, echoing what Adam Grant once said — it is the people who take more swings who hit more home runs.

According to Mezrich, a writer’s challenge is to find their voice.

The tendency among beginning writers is to mimic the writers they look up to. Mezrich concedes that his early work was heavily influenced by Bret Easton Ellis and Jay McInerney.

But after broadening his horizons to Michael Crichton and Hunter S. Thompson, he eventually learned to pick bits and pieces that are more in tune with his own identity. This, and a lot of writing, lead to him developing his own unique voice.

Having your voice means being true to your vision and way of expression. This unique voice, says Mezrich, is a big part of the writing game.

Mezrich scored the opportunity to write the story that would go on to become the movie ‘21’ by being in the right place at the right time.

But luck isn’t enough to sustain motivation, he says. “If the story hits you, you just get going — ”don’t do a story if you can’t imagine it as some sort of movie.”

Tackling a Blank Page and Getting into Flow

Mezrich shared two tricks for overcoming the analysis paralysis writers can face when staring down a blank page.

He emphasized the importance of routine and being organized which he credits with helping him maintain such a prolific output.

What makes a good story?

For Mezrich, a good story is something that the reader can grasp instantly.

If a story can be interesting in one sentence, then it is worth writing. Think of it as something like an elevator pitch.

But aside from the plot, what makes a book a page-turner is the connection between the reader and characters. Mezrich suggests writing likable characters, or at least someone the reader can empathize with, helps to hook readers.

This relatability factor might also transcend other forms of media and explain why podcasters like Joe Rogan have amassed such a following. Characters should also have a motivation that anyone can understand, said Mezrich.

We also discussed how to adapt one’s writing to tackle shorter attention spans.

The New York Times described Mezrich as someone who “writes for people that don’t read.” He understands this because he too comes from a place of loving television and movies.

But he notes that even though people seem to have lower attention spans nowadays, he tackles this by making shorter chapters or simplifying complex concepts. Shorter chapters also result in a motivating dopamine hit that comes with accomplishment, and can galvanize people into reading the next chapter.

For someone who writes about extraordinary experiences, it is interesting that Mezrich describes himself as a ‘hermit’ who does not actively seek out new experiences. He believes that most writers want to control their lives in the same way that they control the characters in their stories.

Although he exerts a huge amount of control on himself (even to the point of eating only one kind of meal when he writes), his imagination enables him to live life vicariously through his writing.

Thus, self-discipline and wide-eyed curiosity are not necessarily at odds with each other.

This also underscores the importance of compartmentalizing things in one’s life. For Mezrich, the key to being a writer is ritual. This means getting into a groove so that he can enjoy life’s other pleasures such as spending time with his family.